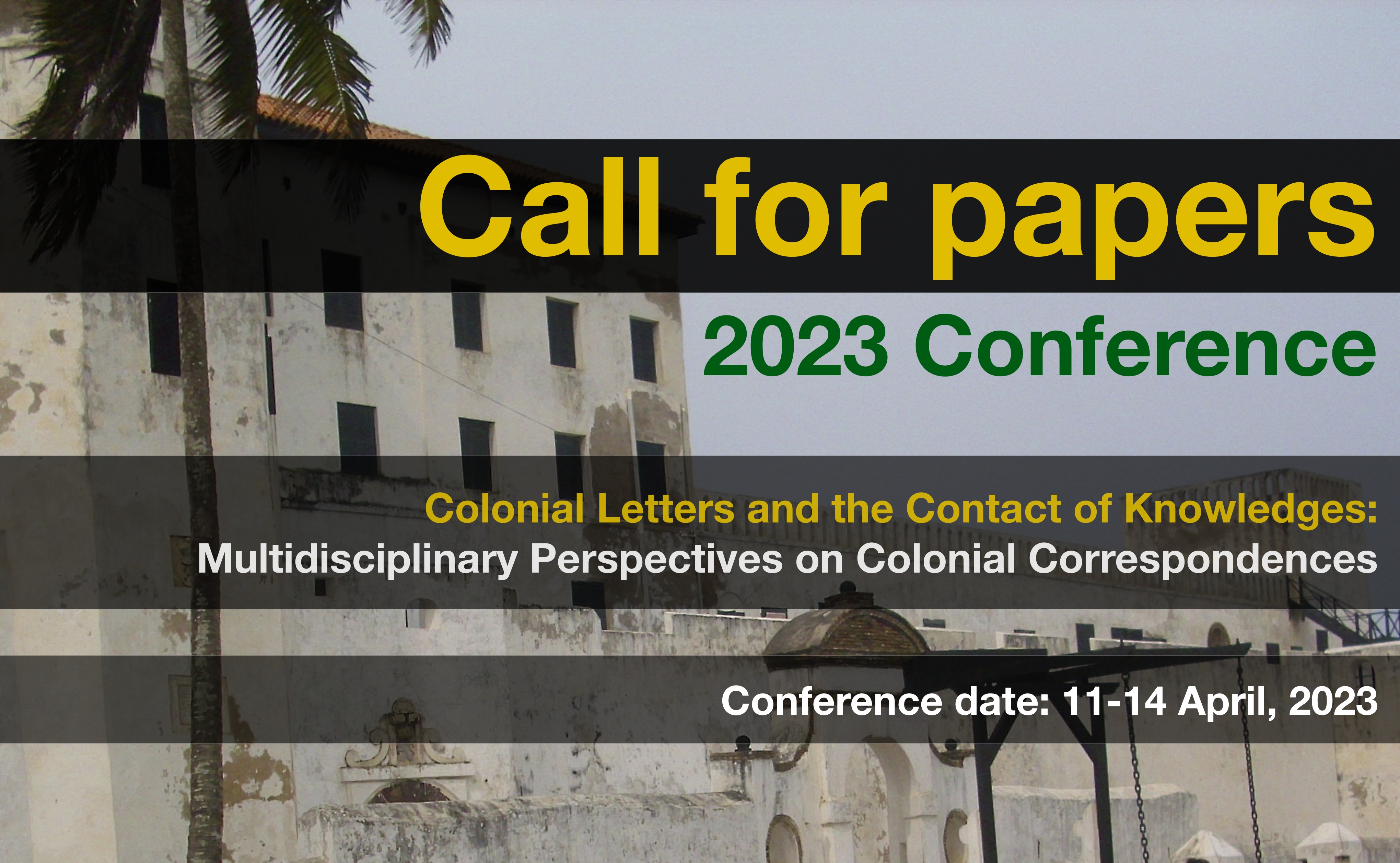 Colonial Letters and the Contact of Knowledges:
Multidisciplinary Perspectives on Colonial Correspondences

Written correspondence (e.g. letters, diaries, telegrams, etc.) were one of the major means of communication during the 19th - 20th Century British colonialism of Africa. Through them, the instructions, intensions, decisions, complaints, justifications and agenda of resident British colonial officers, local colonial administrators and collaborators, colonial officials in Britain and colonised subjects (individuals, villages) were transmitted across time and space. These letters offer extraordinary access to the mindset and overall agenda of the entities producing them. The ways of life of these entities, their patterns of social order, repertoires and constellations of knowledges, linguistic voices, world views and cosmologies are projected, both directly and indirectly, in these letters. In themselves, these letters embody the contact zone of colonial-precolonial structures, coloniser-colonised entities, indigenous-foreign knowledges, cultural and linguistic practices, etc.

Letters written during British colonialism of Southern Cameroons were the object of study of the research project “Colonial Letters and the Contact of Knowledges” funded by the Africa Multiple Cluster of Excellence at the University of Bayreuth, Germany (https://www.africamultiple.uni-bayreuth.de/en/Projects/Knowledges/Knowledges_Colonial-letters/index.php). The aim conference is to present the major findings of the project. We also invite perspectives on British colonial correspondences in other territories and periods.

We invite submissions that describe, from multidisciplinary perspectives (within the humanities and social sciences, especially linguistics, history, literature, communication studies, anthropology and sociology), the instantiations of colonial contacts, conflicts, contestations and eventual coalescence, co-habitations and or hybridisations of ‘knowledges’ during colonialism that are embodied in, and transmitted through, letters written during British colonisation of Southern Cameroons (1916-1961) and beyond. Other colonisations, especially in Africa, form part of the focus of the conference. Several lines of investigation fall within the scope of the conference including, but not limited to: