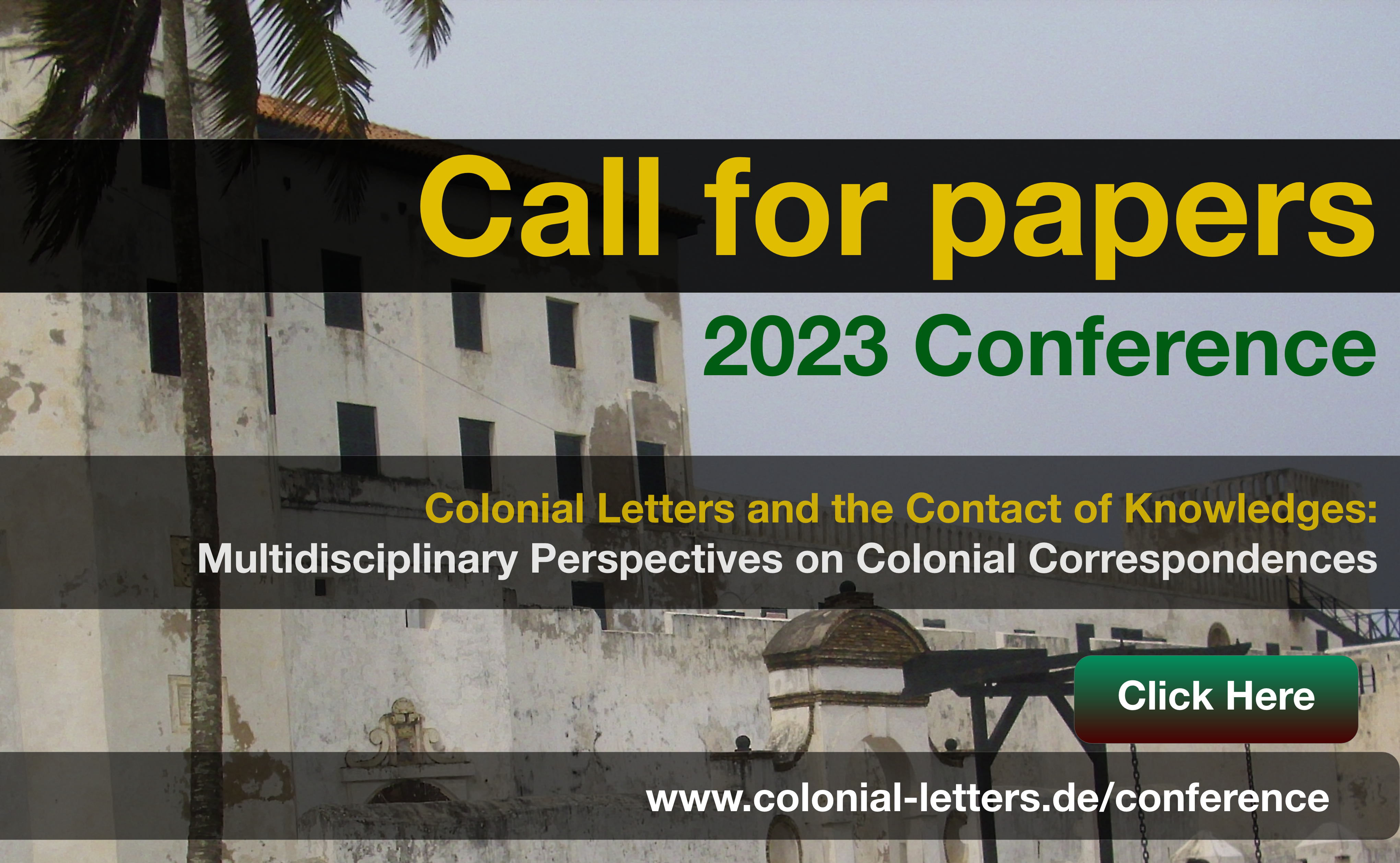 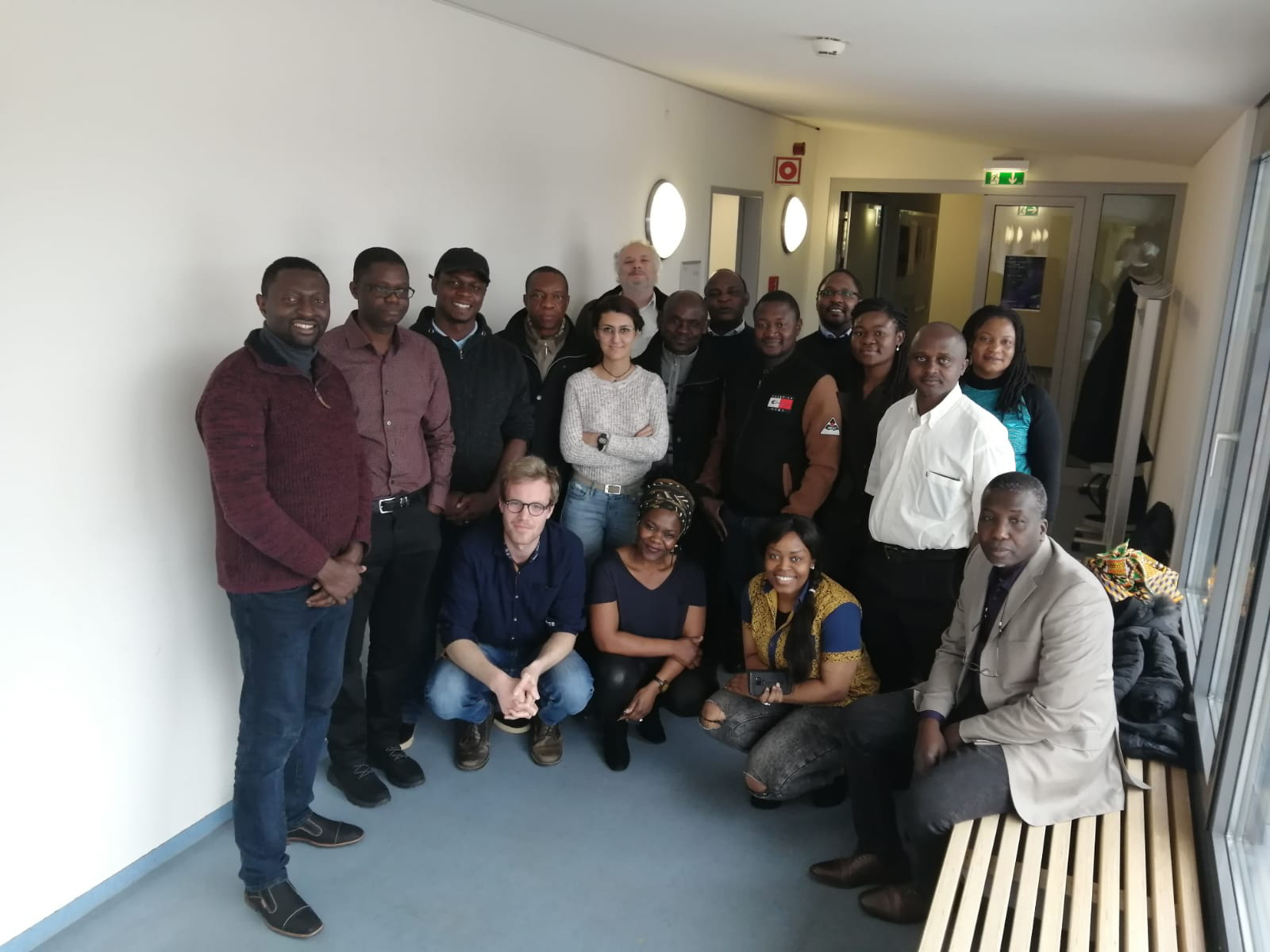 In 2020, the research group conducted a workshop on Colonial Letters.

Letters were one of the major means of communication during the 19th-20th Century British colonialism of Africa. Through them, the instructions, intensions, decisions, complaints, justifications and agenda of resident British colonial officers, local colonial administrators and collaborators, colonial officials in Britain and colonised subjects were transmitted across time and space. These letters offer extraordinary access to the mindset and overall agenda of the entities producing them. The ways of life of these entities, their patterns of social order, repertoires and constellations of knowledges, linguistic voices, world views and cosmologies are projected, both directly and indirectly, in these letters. In themselves, these letters embody the contact zone of colonial-precolonial structures, coloniser-colonised entities, indigenous-foreign knowledges, cultural and linguistic practices, etc. This research project studies, from a predominantly linguistic perspective, the instantiations of colonial contact and postcolonial heritages that are embodied in, and transmitted through, letters written during British colonisation of Southern Cameroons (1916-1961). Markers of the construction of multiple identities, the discursive enactment of (social, political, hereditary) power and the coalescence of colonial and precolonial social norms of interaction (hierarchy, respect forms, kinship affiliation) found in these correspondences are studied from sociolinguistic, critical discourse analysis, discourse-historical, postcolonial linguistics, literary and historical perspectives. 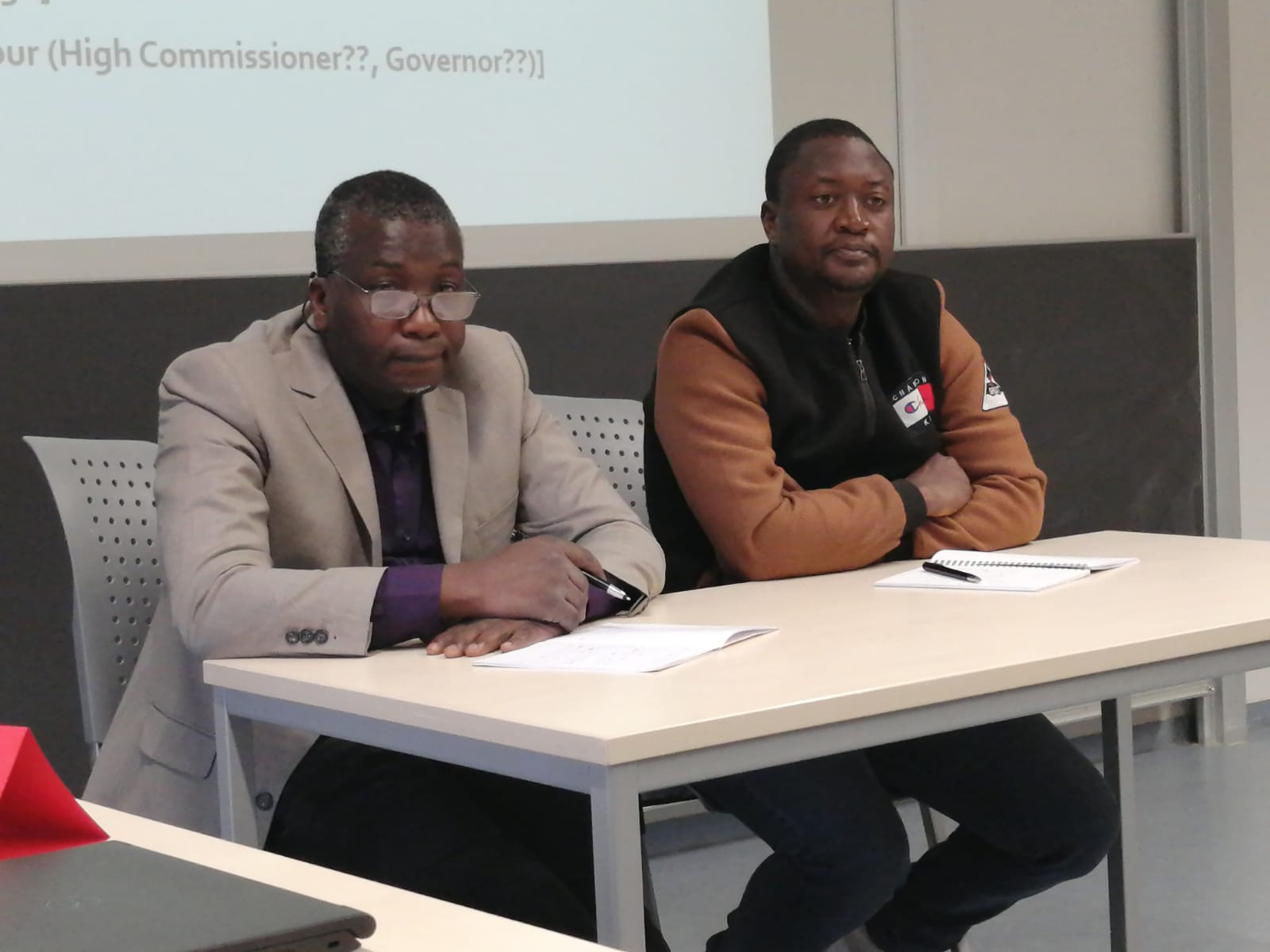 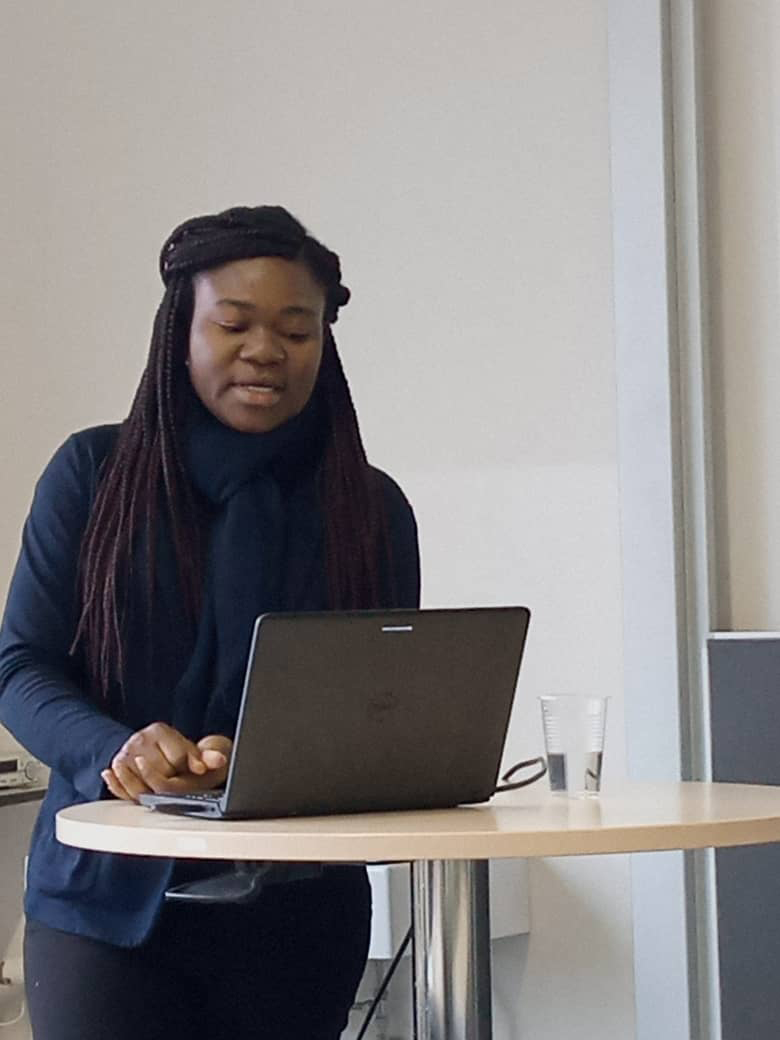 Glory Otung sharing her thoughts at the workshop.

The data for this project is principally archival. The national archives in Buea, Enugu and London hold some of these letters. The corpus of letters from the archives will be set up in two ways: 1) a paper-based corpus of photocopies of the letters, and 2) a typed-out, digitized, searchable corpus of the letters. The archive data will be analysed from an interdisciplinary perspective involving linguistics, literature and history through the lenses of theories like critical discourse analysis, new historicism and the coloniality of power.

These personal, formal, official, confidential and (top) secret letters were written in Southern Cameroons; read, commented on and summarised in Nigeria before being sent to their final destination, London. Replies to them followed the same itinerary back. This triangle of communication, Cameroon-Nigeria-Britain, captures the complex trajectory of knowledge movement and the entanglements involved. We follow the tracks of these letters in a bit to understand how colonial discourses on various topics were conceptualised and how these conceptualisations are identifiable in the contemporary postcolonial society.

Contribution or relation to the Cluster’s aims & goals

That these letters were written by different people and groups of people with different statuses, origins, identities and perspectives opens directly into the Cluster’s notion of multiplicity. They embody multiple voices and the understanding of the issues raised in them is also multiple. They could be viewed from two major angles, that is, mediality (written format) and temporality (passage of time). The corpus of letters to be set up will give Cluster researchers access to colonial contacts of knowledges and how they were constructed, challenged and renovated. 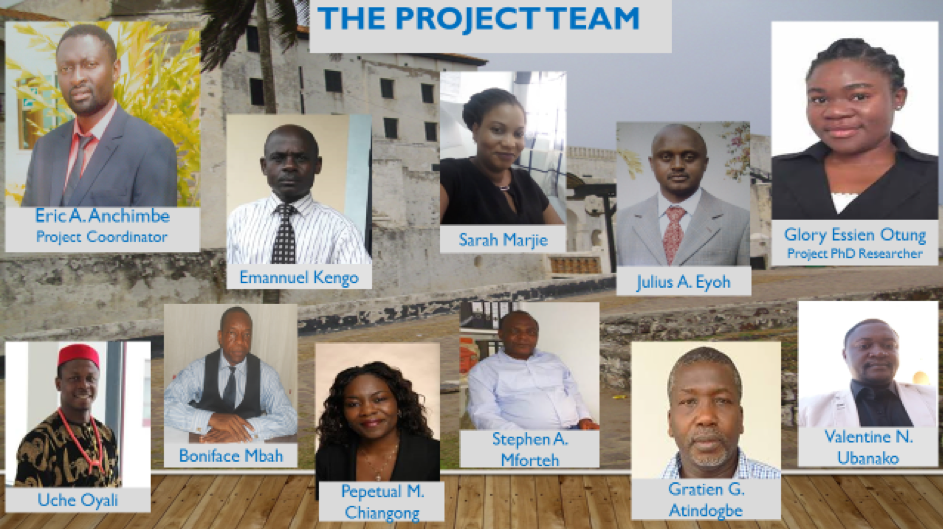