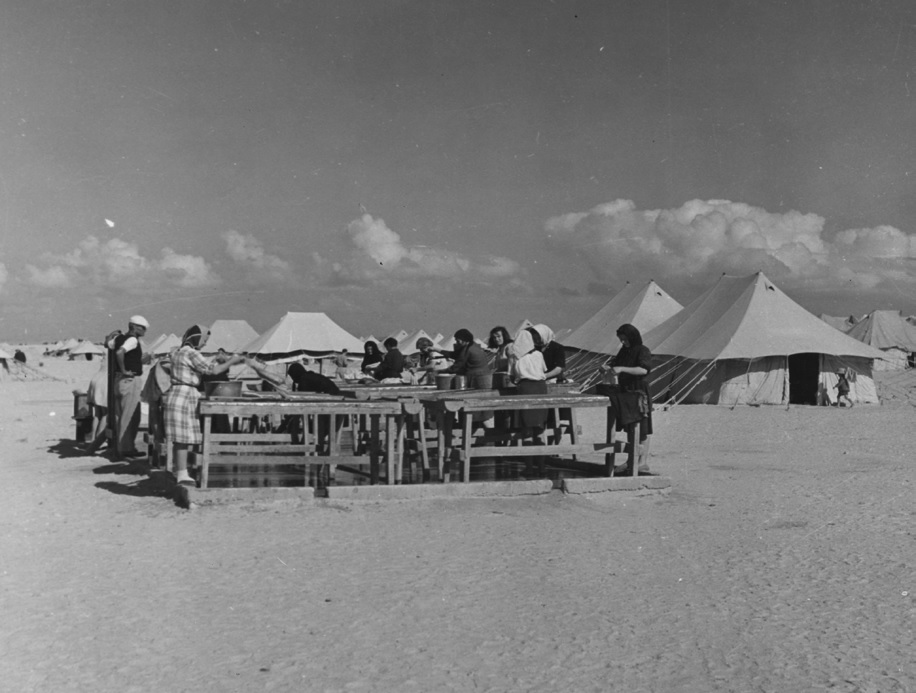 Refugee camps have become a key instrument in the global governance of migration: Today, they are one of the main
forms in which refugees are administrated, sheltered, and assisted. However, most actors involved in camp management (including states, international aid organizations and refugee communities) agree that putting refugees into camps eventually brings more problems than it solves (health and environmental problems, stress on the local labor market,
spread of violence). This raises the question, how have refugee camps become the dominant refugee management tool in Africa?

Refugee camps are mobile devices for the care and control of mobile people. Despite well-established criticism of such
encampments from both scholars and humanitarian practitioners, these camps are still key instruments in managing refugee (im)mobility. Inspired by mobility studies, this project will ask why and how refugee camps emerge and what knowledge, personnel, and things must be mobilized to ‘make’ a camp. The common narrative of refugee camp history portrays them as a device that emerged in the 1940s in Europe and was transferred to Africa in the 1960s. However, we argue that there is a longer and globally entangled history of encampment in Africa. Therefore, we take a closer look into the history of refugee encampment in Africa, focusing primarily on the 1940s and 1950s in Eastern and Northern Africa.

This project examines the encampment processes in three interrelated case studies: First, we will examine the transfer of
colonial knowledge from Africa to the European post-war refugee administration. We will look into the career paths of former
colonial administrators who changed their employment to work for UN refugee aid organizations. Secondly, we will consider the hosting of European refugees in African camps during World War Two, focusing on the work of the UNHCR’s
predecessor organizations in Africa. Thirdly, we will analyze the emergence of refugee camps in Uganda in the late 1950s.
These camps were established under colonial rule to deal with refugees from Rwanda, Sudan, and Kenya and were only
later taken over by international aid organizations. 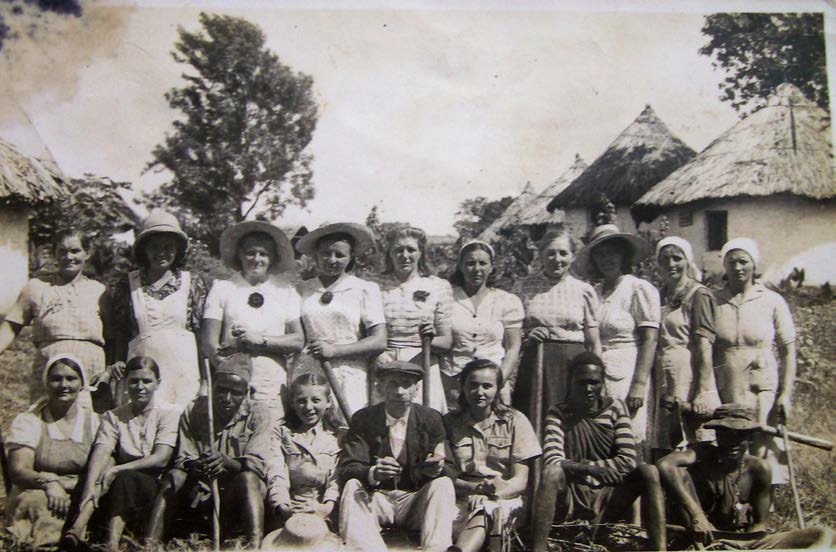 The project’s first objective is to write an entwined and non-Eurocentric, history of refugee camps, focusing on the 1940s to 1950s. This serves to revise the standard narrative that regards the use of refugee camps as a technique developed in Europe after World War Two and unidirectionally transferred to post-colonial Africa in the 1960s. This project will complicate and multiply this narrative by focusing on the African genealogy of refugee camps, a history strongly connected to the colonial encounter and refugees’ and host communities’ initiatives.

The project’s second goal is to apply insights gained from mobility studies to refugee camp history. Mobility studies enable us to write this history not as a place-based history of specific camps but as the history of a mobile provision. This opens up a conceptual frame that avoids the camp’s sedentarization. When analyzing the histories of long-standing camps, we are analyzing urbanization, evolving social structures, belonging/exclusion, and people’s rights in a particular place. But if we examine the history of refugee camps as mobile provisions and focus on their establishment in different sites, we can see the multiple interconnections, genealogies and mobilities which interact in the specific camps. Local circumstances (social, economic, political and material), experience gained from former refugee camps (institutional and individual knowledge),
and the refugees’ and hosts’ knowledge influence the encampment process. Therefore, refugee camps are not standardized, universal models, imposed onto bleak African landscapes but always result from the encounter and struggles
between mobilized people, ideas, and things that are ‘reengineered’ 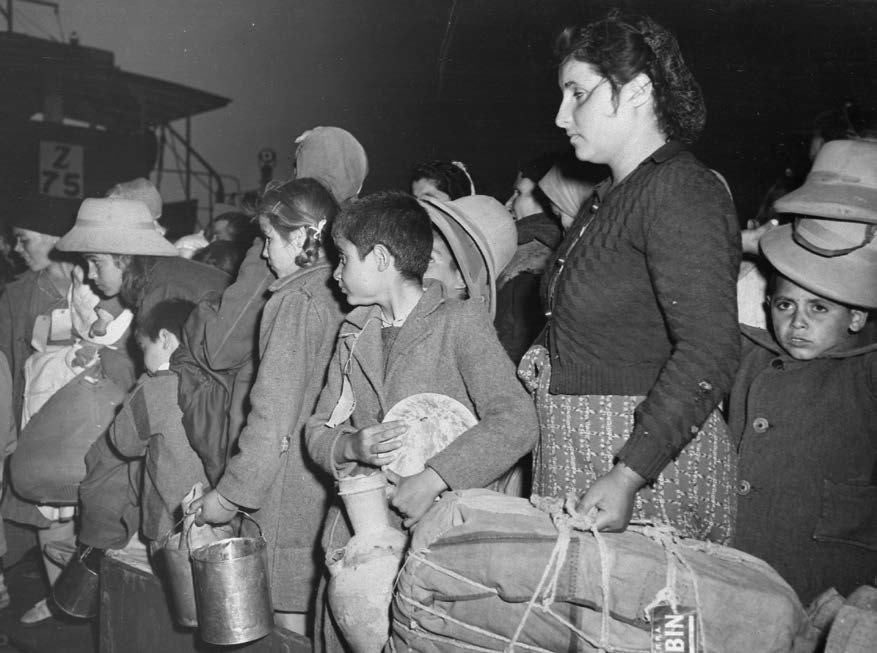 Greek Refugees upon return with UNRRA in Port Said

Our central working hypothesis is that there is a crucial moment in the very first weeks, months, and years of establishment. In these moments, past knowledge and experience are of utmost importance in guiding the activities on the ground. The ‘unprecedented’ and sudden events leading to massive displacement urge refugees, hosts, government officials, and humanitarian workers to look back and make use of past experience. We will therefore focus on the camps’ beginning, i.e., the emergency moment.

We will mainly use sources from international organizations, nongovernmental organizations, colonial and national governments archived in Africa, Europe, and the US. We will also use oral history methodologies and participant observation in old but still existing refugee camps in East Africa, if conditions permit it.

Contribution or relation to the Clusters aims & goals

The project aims to embed Africa in the entangled history of encampment, thus multiplying the history of refugee camps. The Africa in the title of this project is not only meant as a geographical designation: It encompasses both the local knowledge and material that was involved in camp organization in Africa and the knowledge that people gained on the continent and applied elsewhere in the world. The aim of the research project is to regard Africa neither as an isolated continent nor as a terrain for the implementation of European innovations. Instead, it is entwined with the rest of the world and only conceivable in relation to and as a reflection of the world.

In addition, this project will serve as a starting point for further research into the African history of refugee camps by tracing the transfer of camp knowledge to other instances of encampment. This project will outline the beginnings of this genealogy and develop a methodological approach to be applied in further case studies. 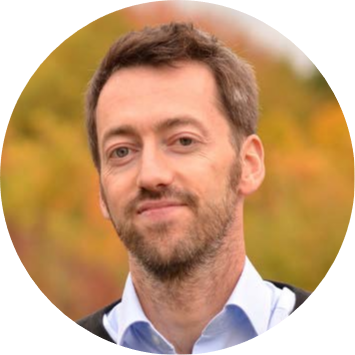 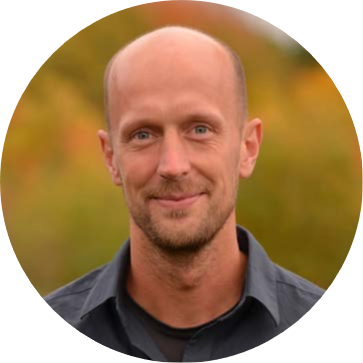