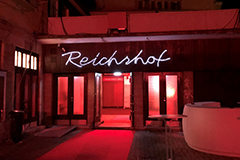 The Africa Multiple Cluster of Excellence will continue its cinematographic endeavors in 2020. First stop: an invitation to see three outstanding movies during an extensive movie night. More events are planned. ...more 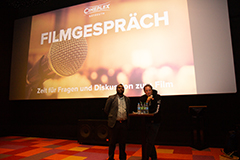 A cinematographic journey across the African continent: Cinema Africa in Bayreuth - 26.11.2019

The film festival “Cinema Africa 2019” brought four extraordinary movies to Bayreuth taking the audience on a unique cinematographic journey across the African continent. Around 280 people attended the four-day film festival and had a chance to discuss the films with each of the directors. ...more 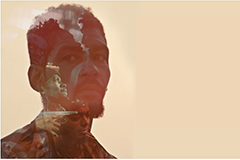 At the end of November, the Africa Multiple Cluster of Excellence will present the African film festival “Cinema Africa”. In total, four movies will be shown at Cineplex Bayreuth to demonstrate the wide range of filmmaking that the African film industry has to offer. ...more