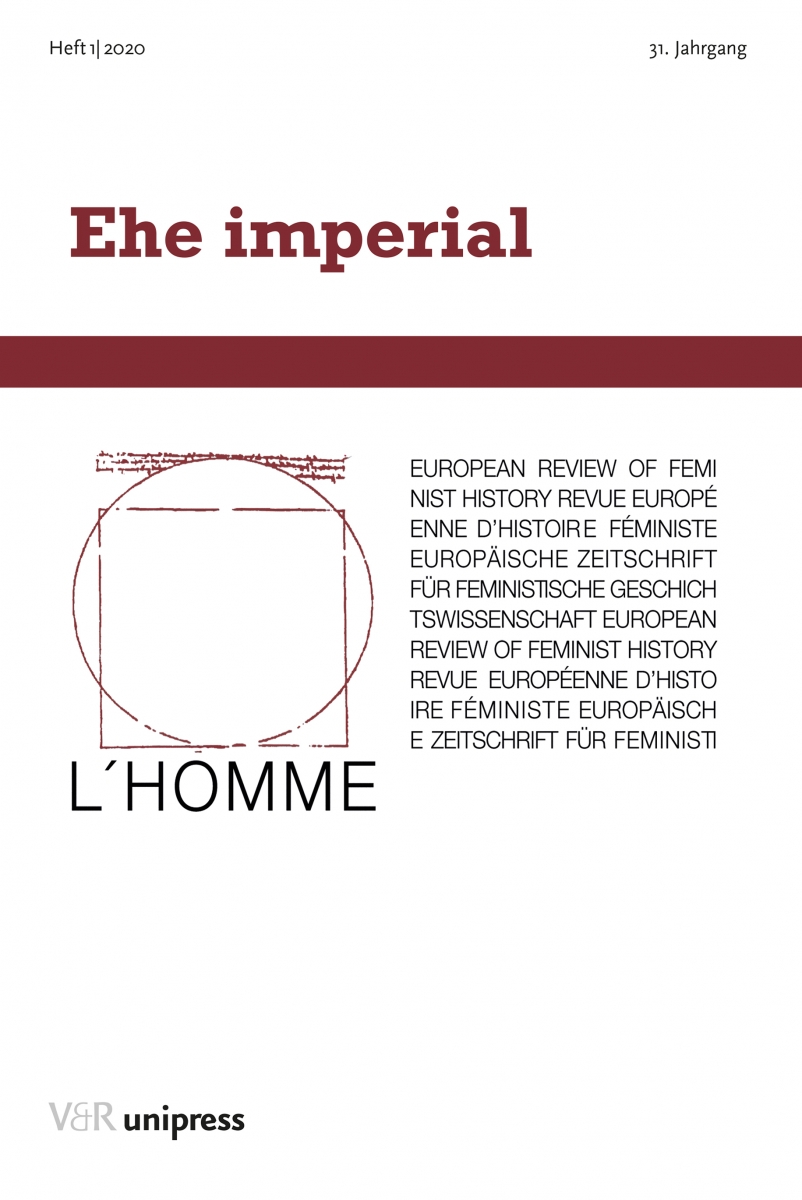 Marriage, divorce, access to property during and after marriage, all this was structured over the centuries by ecclesiastical and civil provisions. Law thus had a very direct influence on personal life. The nineteenth century in particular was characterized by increasing legal unification, but particular rights continued to exist in larger territorial contexts. This legal heterogeneity as well as migration between different jurisdictional spaces could open up new possibilities to act. Conversely, different affiliations in regard to confession or ethnicity could pose great challenges for couples willing to marry. The aim of this issue is to ask at the interfaces between different legal logics about the spheres of action of men and women and the associated gender norms.

Governmental and non-governmental actors promoting the universalisation of energy access and a just energy distribution for all envision spatial energy justice and recognition. Yet how and the extent to which these considerations offer practical solutions to the energy needs and visions of different social groups simultaneously is less evident. This is particularly crucial in Ghana where a just, ‘state-driven’ electricity provision connotes recognition of privileges of citizenship and an aura of ‘modernity’. Many urban households in Ghana are keenly installing Solar Home Systems (SHS) to mitigate frequent grid power outages and ensure stability in the performance of social and energy-saving practices which grant them recognition as ‘enlightened’ social groups or as individuals staying au courant with modern energy technologies. Also, the Ghanaian government recently attempted to achieve spatial energy justice by providing free 500 W SHS to non-electrified, ‘territorially remote’ communities. Many community residents, however, claim the SHS facility restricts performances of ‘modern’ practices in comparison to fellow ‘Ghanaians’ who have access to electrical grids and that its acceptance may perpetually reduce them to ‘second-class’/‘old-fashioned citizens’. Our empirical evidence suggests that energy justice visions remain fuzzy unless they are set in relation to how and why practical solutions to the energy ‘needs’ and ‘visions’ of socially and spatially differentiated groups could be realised. We call this practical recognition. In this paper, we advocate practical recognition as a suitable alternative pathway for researching just energy futures by emphasizing connections between justice, human agency and entitlement notions.

Chang, Yongkyu (Ed.): "South Korea’s Engagement with Africa - A History of the Relationship in Multiple Aspects"Hide 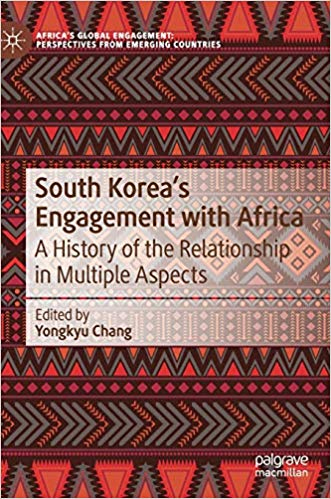 This book represents the first scholarly attempt to summarize and analyze how Korea’s relationship with Africa has been shaped in policy and non-policy aspects. It shows how far it has come and where it goes. The book recognizes that Korea-Africa relations, though relatively new, break ground by acknowledging the importance of a diligent endeavor to carry out post-colonial development, and have continued to grow as we find promising progress and opportunities in the mutual cooperation between the two. This book is all-inclusive, covering Korea’s academic, economic, diplomatic, and civil engagements with Africa. It investigates untold aspects of Korea-Africa relations.

The call for the decolonization of knowledge refers to both its colonization and contingency and puts the focus on the multiplicity of knowledge. This contradicts European-North- American thinking and definitions of knowledge. Consequently, to advance an epistemological decolonization of knowledge, the actual process of defining knowledge will be analysed and the multiplicity of perspectives stressed at the epistemological level. Using Indian epistemology as an example, I will work out differences in definitions of knowledge and therefore basic diversifications in describing and explaining the emergence of knowledge. Truth-value-neutral forms of knowledge in particular challenge dominant European-North-American philosophical definitions, which incontrovertibly include assumptions of true or false knowledge. An interesting overlap between some Indian epistemologies and postcolonial theories can be observed with regards to the central role of the contextualization of knowledge production and the socially embodied nature of scientific knowledge in general. If the incentives gained are to be taken seriously, the consequences for educational science in general as well as educational practices must be discussed. According to the findings of organizational theory, emphasis on diversification and complication is also seen as an opportunity for the emergence of fresh meaning. Referring to Helen Verran’s concept of generative tension as a sign of collective creativity, encounters between diverse forms of knowledge and epistemological principles are seen as sources of creative processes and prerequisite for the emergence of new positions, perspectives etc., and thus as incubators for innovations. 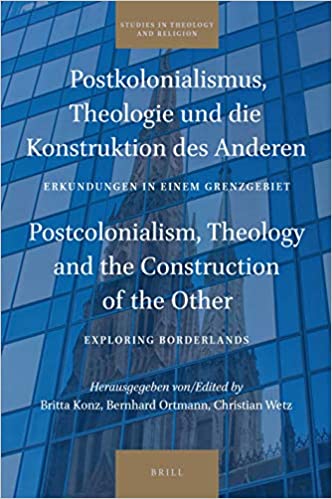 Postcolonialism refers not only to the historical epoch after the end of the colonial era, but also to a theoretical concept for the analysis of power relations. In German-speaking theology, this concept has so far received little attention. In the bilingual volume Postcolonialism, theology and the construction of the other, scholars of all theological disciplines, including religious studies, explore the heuristic possibilities that postcolonialism provides for their subject. In particular, the question is how "the other" is constructed as the counterpart of a "we." In times of global migration and growing right-wing extremism, theology must remain capable to offer answers to the urgent questions of the present.

2020, Shembe, the Black Messiah. A postcolonial intervention, in Postcolonialism, Theology and the Construction of the Other. Exploring Borderlands, edited by Britta Konz, Bernhard Ortmann and Christian Wetz. Leiden: Brill (Studies in Theology and Religion 26), 133–169.

The book identifies four basic elements of needs: as a concept, as a system of classification and triage, as a form of material apparatus, and as a codified standard. Drawing on a range of archival sources ranging from the United Nations Refugee Agency (UNHCR), Médecins sans Frontières (MSF), and the Sphere Project, the book traces the concept of needs from their emergence in the 1960s right through to the modern day, and United Nations Secretary-General Ban Ki-moon's call for "evidence-based humanitarianism". Finally the book assesses how the international governmentality of needs played out in a recent humanitarian crisis, drawing on detailed ethnographic research of Central African refugees in the Cameroonian borderland in 2014-2016.

This important historical enquiry into the universal nature of human suffering will be an important read for humanitarian researchers and practitioners, as well as readers with an interest in international history and development.

GLASMAN, J., 2020. HUMANITARIANISM AND THE QUANTIFICATION OF HUMAN NEEDS: minimal humanity. ROUTLEDGE
Link to publication
Lingelbach, Jochen: "On the Edges of Whiteness : Polish Refugees in British Colonial Africa during and after the Second ...Hide 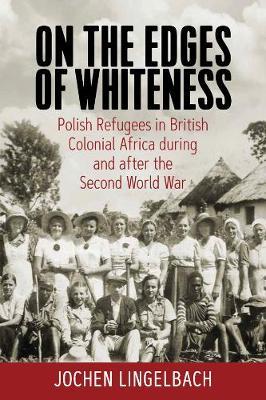 Lingelbach, Jochen: "On the Edges of Whiteness : Polish Refugees in British Colonial Africa during and after the Second World War"

From 1942 to 1950, nearly twenty thousand Poles found refuge from the horrors of war-torn Europe in camps within Britain's African colonies, including Uganda, Tanganyika, Kenya and Northern and Southern Rhodesia. On the Edges of Whiteness tells their improbable story, tracing the manifold, complex relationships that developed among refugees, their British administrators, and their African neighbors. While intervening in key historical debates across academic disciplines, this book also gives an accessible and memorable account of survival and dramatic cultural dislocation against the backdrop of global conflict. 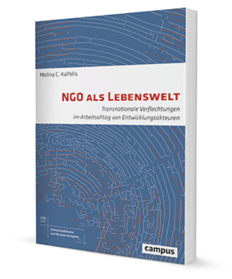 This paper examines the relationship between visuality, knowledge and power in the postcolonial African novel. With examples from selected texts of Ngugi wa Thiong’o and Sony Labou Tansi, it argues that visual culture, usually employed in the analysis of cultural images and material iconographies in media studies, can aptly be employed in textual analysis given that postcolonial novels are primarily engaged with the undoing of dominant visual regimes. Against the background of hegemonic regimes based on instrumentalist and subjectifying surveillance of the subject, Ngugi wa Thiong’o and Labou Tansi build their texts on visual tactics and practices that subvert the capacity of the state apparatus to see, hence to know the subject. Bordering on humour, parody, graffiti, bricolage and surrealist representation, the two authors “play” with the state Panopticon, creating avenues for countervailing meanings that elude the dominant regimes of vision, knowledge and power. The subversive visual practices are inscribed within a conception of literary textualities that is based on plurivocality, heteroglossia, dialogism and the non-transparent text. Through the deconstruction of dominant visual architecture, both authors open up spaces for democratic conception of power that takes account of inter-subjectivity and non-hegemonic participation in the postcolonial public sphere.

The Congo has consistently been a subject of wide-ranging historical and creative productions aimed at capturing its dramatic history. This has often led to the submersion of Congolese voices under exogenous and exotic depictions of Congolese realities in ways that position the Congolese subject and space as the other, void of complexity and possibility. In Koli Jean Bofane (1954) belongs to a generation of Congolese authors who “write the Congo” from within, through an inventive sensibility, an insightful worldview, and an unsettling style aimed at representing the paradoxes of the nation’s trajectory. 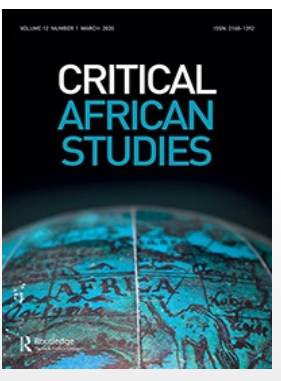 The actual volume of Critical African Studies, “Temporalities of Waiting in Africa” reflects the outcome of the postdoc working group ‘Waiting for Futures’, being held at the Bayreuth Academy of Advanced African Studies in summer 2017. The consortium convened by Michael Stasik, Valerie Hänsch and Serawit Debele was set within the overarching theme of “Future Africa and Beyond: Visions in Time” at the Bayreuth Academy (funded by the BMBF), discussed the notions of “waiting” and “waithood" that had recently received scholarly attention from African and Africanist scholars. Taking selected works as a point of departure and building on individual research projects as they relate to waiting - religious practices (Debele), forced migration (Hänsch) and mobility (Stasik) -, “waiting” was interrogated as an analytical and descriptive category. The engagement with the concomitant themes of anticipatory temporalities and imaginative productions of futures led to sharpening existent conceptual categories of the complex and often contradictory ‘territories of waiting’, especially in relation to social construction of time and temporal construction of sociality. The papers at hand originated out of intense discussions and debates during a lecture series that took place in the summer semester and a workshop at the end of September 2017 at the University of Bayreuth.

Vierke, Clarissa: "The Making of the ‘Classical’ Utenzi : a Consideration of the Early Editorial History of Tenzi in the 19th...Hide

Vierke, Clarissa: "The Making of the ‘Classical’ Utenzi : a Consideration of the Early Editorial History of Tenzi in the 19th and 20th Century"