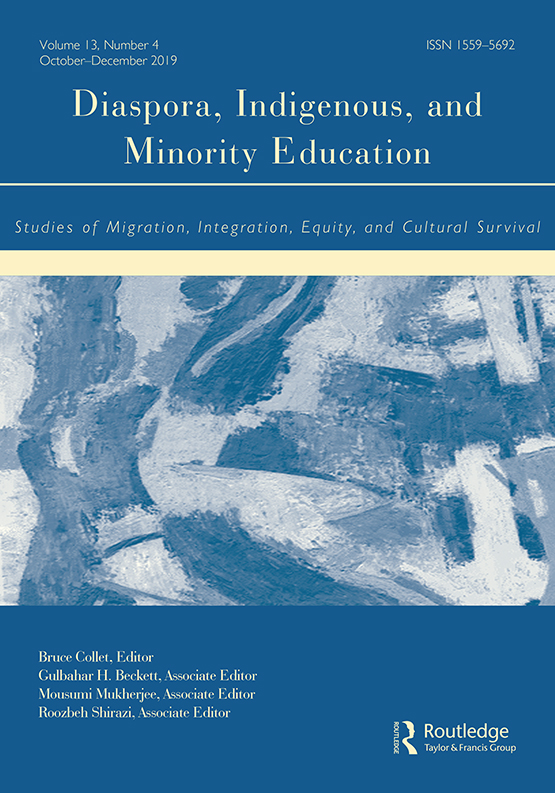 The comment emphasizes upon the trinity of identity, space and connections or relations, referring to the contributions of the special issue. This perspective is used to ask for a concept of culture capturing the relationality of the social. Following the relational approach, any social actor has many identities while moving permanently between many social figurations, as e.g. network theory (White 2008) as a theory of the betweeness points out. Accordingly, a conceptualization of multiplicity of identities is a necessary component of theoretical approaches that catch up with these insights in a general emphasis on multiplicity (e.g. of space). What becomes visible is, that to grasp the multiplicity, fluidity and dynamics as well as the interdependency of identities and spaces (multilocal or else), their relationality must be focused upon. This challenges older disparities like local-global as well. In that sense, relationality is the key to bring identities, spaces and cultures together and integrate them into one concept that is capable of describing and analysing such different experiences represented in this volume. 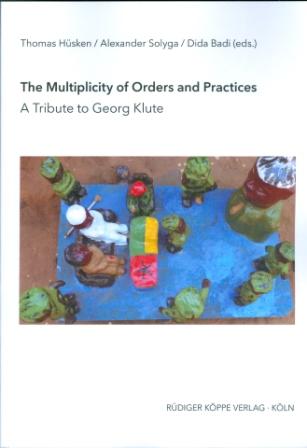 he volume is meant as a tribute to Georg Klute and his work. It focusses on four thematic fields which have been central for Georg Klute’s research: “politics and beside and beyond the state”, “legal pluralism”, “anthropology of violence and war”, “anthropology of work”, and “participant observation”. The book intends to trigger debate, discussion, and thus, further evolvement of Georg Klute’s scholarly œuvre.

For more than a decade scholars mostly from economy and development studies have described the rise of a newly emerging ‘middle class’ in the Global South in-cluding Africa. This has led to a ‘middle class narrative’ with the ‘middle class’ as the backbone of economic and democratic development. Especially with regard to the stability of the position of the people in the ‘middle’, empirical social science studies challenge the ‘middle class narrative’ and at their uncertainty and insecurity. This tension between upward mobility at the one hand uncertainty and instability at the other hand (the vulnerability-security nexus) and the options to cope with this challenge under the condition of limited provision of formal social security is the focus of this case study on Kenya. Instead of an analysis of inequality based on income, it is more helpful to start from the welfare mix and the role of social net-works as main elements of provision of social security. Against this background, we identify different strategies of coping that go together with different sets of values and lifestyles, conceptualised as milieus, that are not determined by the socio-economic situation.

In this chapter, we situate the contemporary discourse of connectivity in its historical context, excavating the “living links” (Farmer 2004, 309) that connect the policy past to the policy present. We then engage with the similarities and differences between colonial and early postcolonial discourses of connectivity, as well as the contemporary one, by considering the fields of logistics and communication as two examples that are emblematic of current development efforts under the connectivity paradigm. While acknowledging the progressive and cosmopolitan potential of connectivity, we argue that contemporary discourses of connectivity in the realm of communication and logistics are problematic for their uncritical continuation of the modernist gaze, which manifests itself in an uncritical embracement of “technoliberal boosterism” (Carmody 2012, 12). Against this background, we therefore wish to propose an alternative reading of contemporary connectivity and its underlying materialities, socialities, and spatialities by bringing to the fore three key arguments that signal the problematic nature of connectivity as a blueprint for transforming economies “at the margins”.

Spies, Eva: Article: Being in Relation: A Critical Appraisal of Religious Diversity and Mission Encounter in MadagascarHide 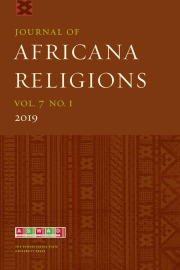 This article presents a relational perspective on religious diversity and encounter. It argues that a relational perspective helps overcome notions of religious diversity that tend to be reductionist and rather static because they conceptualize diversity as the many subforms of a single instance or the parts of a whole. Accordingly, the article questions such notions and instead proposes to study the multiple relations in and through which religious actors and settings are constituted. The example of current mission work of a Nigerian Pentecostal church in Madagascar shows how religious actors and communities can be understood as products of continuous relational processes. Mission encounters are no longer viewed as encounters between discrete entities but as specific meshwork. To rethink diversity and mission encounters in relational terms not only takes up ideas of relational being in Madagascar but may also give new impulses to debates on religious exchange in plural contexts

Eva Spies. 2019. „Being in Relation: A Critical Appraisal of Religious Diversity and Mission Encounter in Madagascar“. Journal of Africana Religions 7 (1): 62-83.