We assessed how the everyday work challenges that frontline health workers (FRHWs) face in the government health sector in northern Uganda influence their trust in the Ministry of Health (MOH). We employed qualitative research techniques, including interviews and participant observation, over a 9-month period to examine FRHWs’ viewpoints about how the MOH should address these challenges in service delivery. One hundred and sixty-five FRHWs, of whom 48 were recruited for extensive follow-up, participated in our study. Key findings include distrust in the MOH is prevalent among FRHWs, there is a lack of trust in the organization’s coordination role in service delivery and this affects health care delivery to patients, interrelations, and provider cooperation. Therefore, restoring trust in government hospitals will require a truthful non-violent response by the MOH in its contractual agreement with FRHWs. In our analysis, we employ Habermas’s Theory of Communicative Action.

Beisel, Uli: What might we learn from ANT for studying healthcare issues in the majority worldHide

In this contribution, I think through how ANT and related feminist science studies’ sensibilities can help us think differently about healthcare issues in the majority world. The piece discusses the implications of the methodological impulse of ANT not to divide the realms that make up the complex knots of realities. I analyse the development of the malaria vaccine MOSQUIRIX, and in this weave together questions of (i) how the vaccine relates to global and local infrastructures of healthcare provision, (ii) how it might help us to think about technological fixes and (iii) how parasites are stubborn actants in themselves whose biological complexity and changeability temper with the hopes of vaccine developers. The contribution argues that it is crucial for ANT-inspired analyses to ask what kinds of practices of caring for bodies, patients and environments fall off the agendas of philanthropists, pharmaceutical industry and global health policies? It is here, where the study of health in the majority world can inspire STS, namely in bringing the effects that situations of (often prolonged) economic, environmental and social vulnerabilities and insecurities have on bodies (human and parasite alike), minds, infrastructures, our living environments and landscapes more broadly to the fore.

Beisel, Uli: What might we learn from ANT for studying healthcare issues in the majority world, and what might ANT learn in turn? In: Blok, Anders ; Farias, Ignacio ; Roberts, Celia (ed.): The Routledge Companion to Actor-Network Theory. - London : Routledge , 2019 . - pp. 246-255

The comment emphasizes upon the trinity of identity, space and connections or relations, referring to the contributions of the special issue. This perspective is used to ask for a concept of culture capturing the relationality of the social. Following the relational approach, any social actor has many identities while moving permanently between many social figurations, as e.g. network theory (White 2008) as a theory of the betweeness points out. Accordingly, a conceptualization of multiplicity of identities is a necessary component of theoretical approaches that catch up with these insights in a general emphasis on multiplicity (e.g. of space). What becomes visible is, that to grasp the multiplicity, fluidity and dynamics as well as the interdependency of identities and spaces (multilocal or else), their relationality must be focused upon. This challenges older disparities like local-global as well. In that sense, relationality is the key to bring identities, spaces and cultures together and integrate them into one concept that is capable of describing and analysing such different experiences represented in this volume. 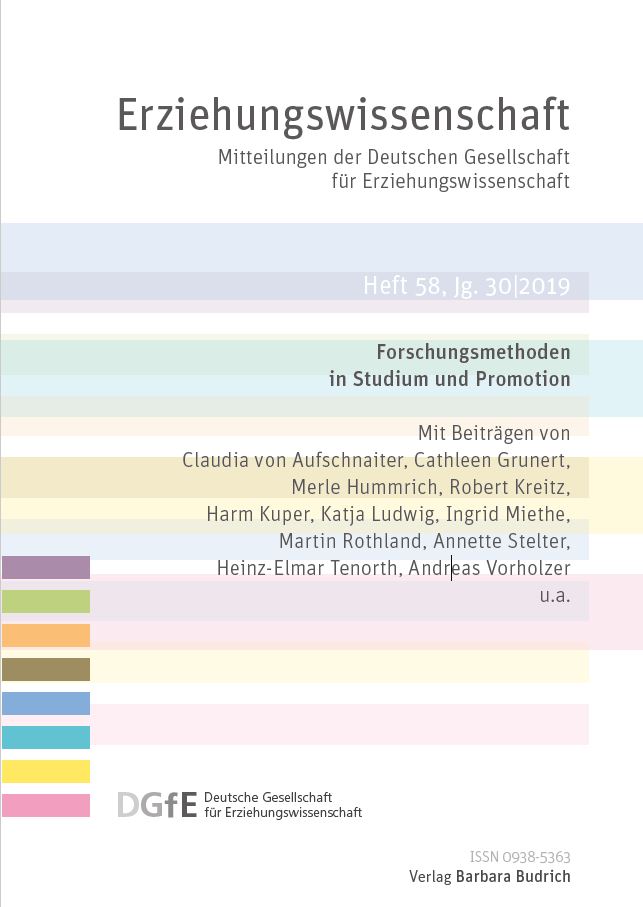 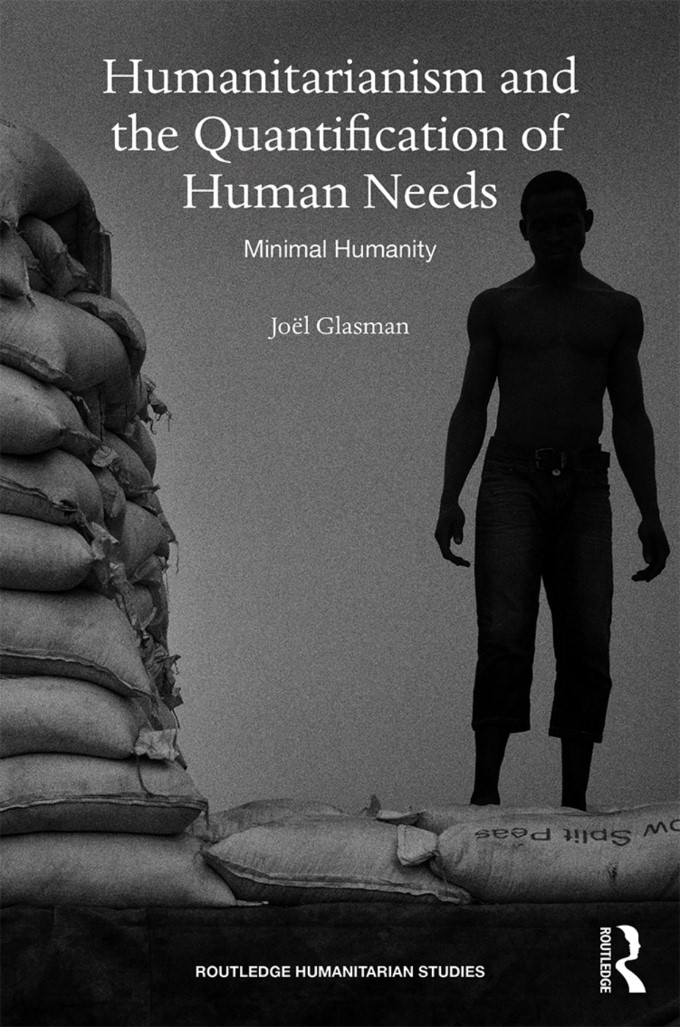 This book provides an historical inquiry into the quantification of needs in humanitarian assistance. Needs are increasingly seen as the lowest common denominator of humanity. Standard definitions of basic needs, however, set a minimalist version of humanity – both in the sense that it is narrow in what it compares, and that it sets a low bar for satisfaction. The book argues that we cannot understand humanitarian governance if we do not understand how humanitarian agencies made human suffering commensurable across borders in the first place. Drawing on a range of archival sources, including the United Nations Refugee Agency (UNHCR), Médecins sans Frontières (MSF), and the Sphere Project, the book traces the concept of needs from its emergence in the 1960s right through to the present day, and United Nations Secretary-General Ban Ki-moon’s call for “evidence-based humanitarianism.” This historical inquiry into the universal nature of human suffering will be an important read for humanitarian researchers and practitioners, as well as readers with an interest in international history and development. 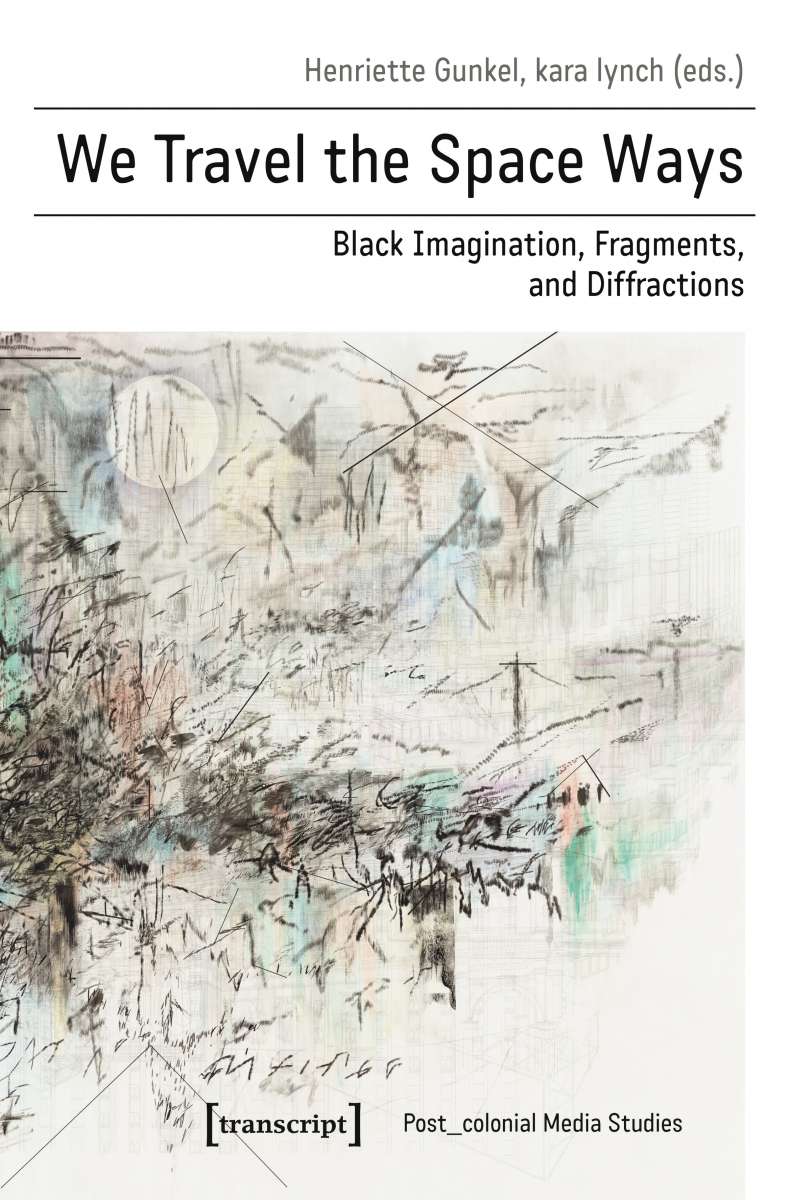 A new take on Afrofuturism, this book gathers together a range of contemporary voices who, carrying legacies of 500 years of contact between Africa, Europe, and the Americas, reach towards the stars and unknown planets, galaxies, and ways of being. Writing from queer and feminist perspectives and circumnavigating continents, they recalibrate definitions of Afrofuturism. The editors and contributors of this exciting volume thus reflect upon the re-emergence of Black visions of political and cultural futures, proposing practices, identities, and collectivities.

A major ally of the Marxist-inspired liberation movements, which fought against Portuguese colonialism in Angola, Guinea-Bissau, Cape Verde, and Mozambique, the Soviet Union provided them with not only military, but also civil aid in the form of scholarships. This paper focuses on the training of students from Portuguese Africa in the USSR. While it provides data and analyzes the importance and the complexities of educational assistance in the context of anti-colonial revolutions, it also sheds light on the tensions and serious conflicts that cast a shadow over the relationships between students and leaders. Students who created opposition groups and were accused of plotting against the leaders, criticizing the USSR, or trying to postpone their return to the motherland were repatriated and punished. Others managed to migrate and pursued their opposition from the West. Confronted with these phenomena, the party leaders grew disillusioned and reduced the number of students studying in the Soviet Union.

Katsakioris, Constantin: Students from Portuguese Africa in the Soviet Union, 1960–74: Anti-colonialism, Education, and the Socialist Alliance. In: Journal of Contemporary History

Ndi-Shang, Gil: Letter from America - Memoir of an Adopted ChildHide 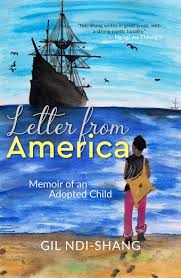 Inspired by Alistair Cooke’s masterpiece “Letter from America” (1934-2004) that depicted the transformation of British culture in the United States of America, Ndi-Shang’s text redefines ‘America’, focusing on the melting pot engendered by African, indigenous, European and Asian cultures in Latin America through the case of Peru, the erstwhile epicentre of Spanish empire in Latin America. It is a reflection on the triangular relationship between Africa, Europe and America against the backdrop of slavery and (neo-)colonialism which continue to define intimate experiences, daily interactions, personal trajectories and human relations in a ‘globalized world’. Ndi-Shang probes into the legacies of racial inequalities but also the possibilities of a new ethic of encounter amongst human beings/cultures. The text is based on an intricate interweaving of the humorous with the tragic, the personal with the global, the historical with the current and the real with the creative.

This handbook offers diverse perspectives on queer Africa, incorporating scholarly contributions on themes that reflect and inflect the trajectories of queer contributions to African studies within and outside academia.

The Routledge Handbook of Queer African Studies incorporates a range of unique perspectives, reflecting ongoing struggles between regimes of inclusion and those of transformation premised upon different relational and reflexive engagements between queer embodiment and Africa’s subjectivities. All sections of this handbook blend contributions from public intellectuals and practitioners with academic reflections on topics not limited to neoliberalism, social care, morality and ethics, social education, and technology, through the lens of queer African studies. The book renders visible the ongoing transformations and resistance within African societies as well as the inventiveness of queer presence in negotiating belonging.

This handbook will be of interest to students and scholars of gender and sexuality in Africa, queer studies, and African culture and society.

The paper considers local responses to the introduction of an Ebola Treatment Centre in eastern Sierra Leone during the West African epidemic of 2014–15. Our study used qualitative methods consisting of focus groups and interviews, to gather responses from patients, members of the families of survivors and deceased victims of the disease, social liaison workers from the centre, and members of the general public. The data indicate that scepticism and resistance were widespread at the outset, but that misconceptions were replaced, in the minds of those directly affected by the disease, by more positive later assessments.

Social workers, and social contacts of families with workers in the centre, helped reshape these perceptions, but a major factor was direct experience of the disease. This is apparent in the positive endorsements by survivors and families who had members taken to the facility. Even relatives of deceased victims agreed that the case-handling centre was valuable.

However, we also present evidence of continuing scepticism in the minds of members of the general public, who continue to suspect that Ebola was a crisis manufactured for external benefit. Our conclusions stress the importance of better connectivity between communities and Ebola facilities to facilitate experiential learning. There is also a need to address the wider cognitive shock caused by a well-funded Ebola health initiative arriving in communities
with a long history of inadequate health care. Restoring trust in medicine requires Ebola Virus Disease to be re-contextualized within a broader framework of concern for the health of all citizens. 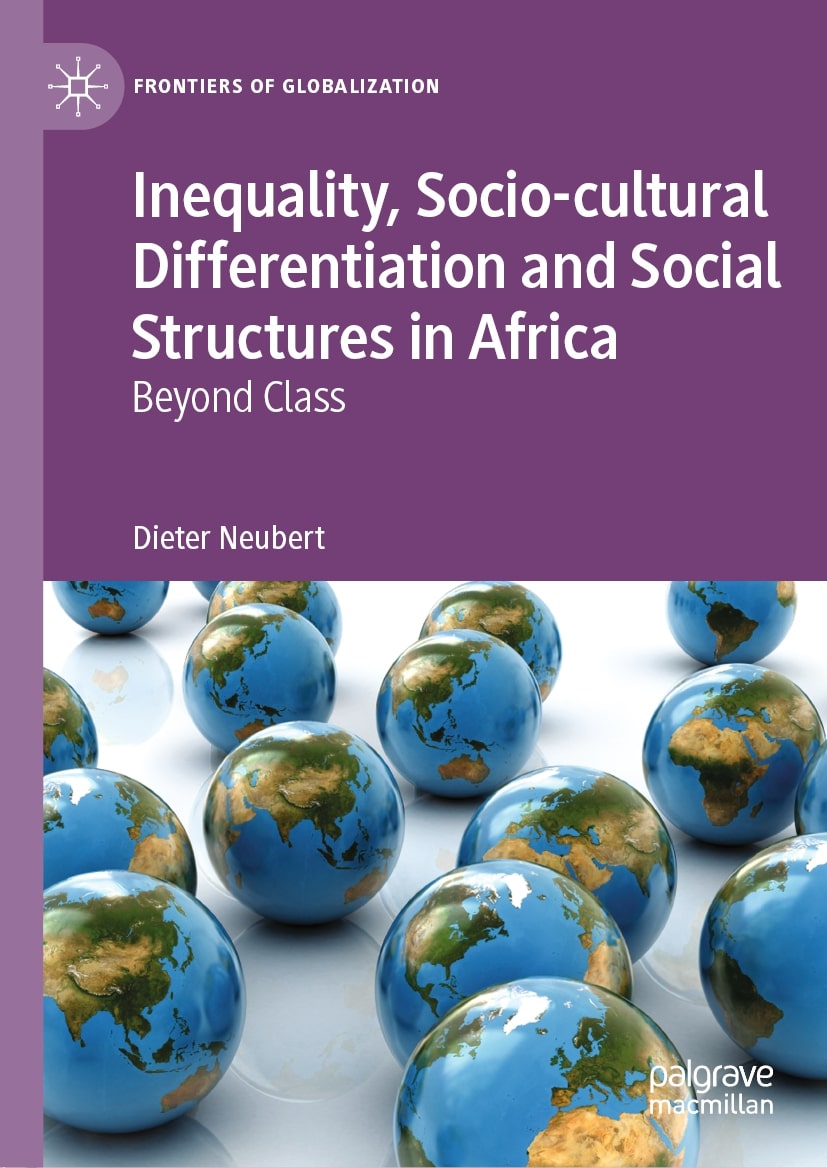 This book contends that conventional class concepts are not able to adequately capture social inequality and socio-cultural differentiation in Africa. Earlier empirical findings concerning ethnicity, neo-traditional authorities, patron-client relations, lifestyles, gender, social networks, informal social security, and even the older debate on class in Africa, have provided evidence that class concepts do not apply; yet these findings have mostly been ignored.

For an analysis of the social structures and persisting extreme inequality in African societies – and in other societies of the world – we need to go beyond class, consider the empirical realities and provincialise our conventional theories. This book develops a new framework for the analysis of social structure based on empirical findings and more nuanced approaches, including livelihood analysis and intersectionality, and will be useful for students and scholars in African studies and development studies, sociology, social anthropology, political science and geography.