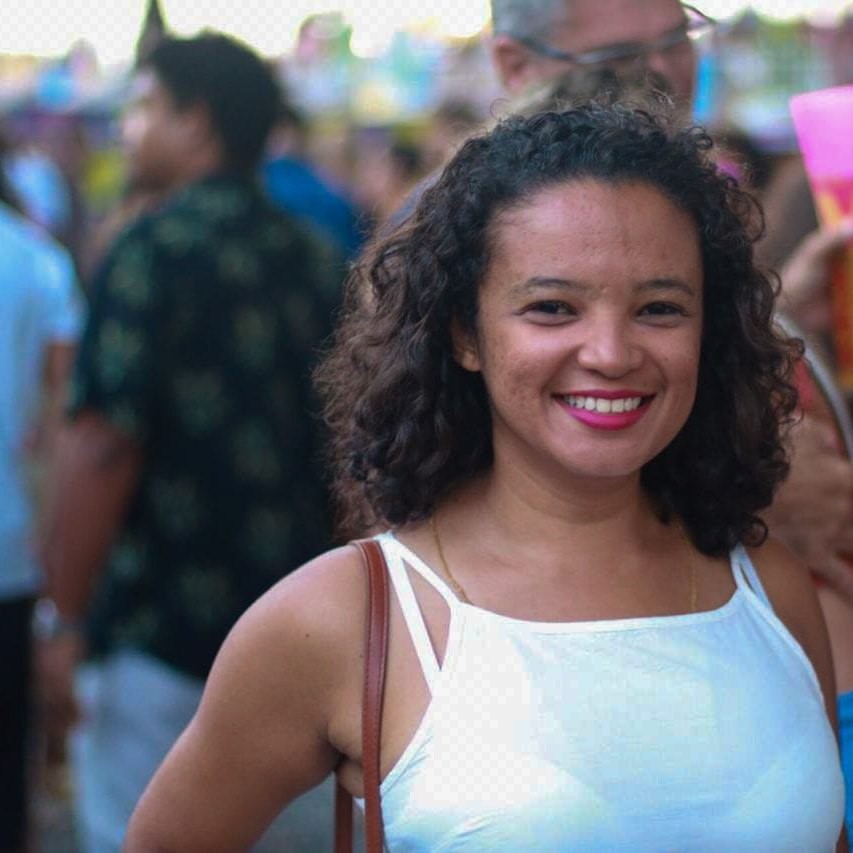 Laís Lima comes from Santo Amaro da Purificação, in the Recôncavo of Bahia, Brazil. In the city of Cachoeira in Recôncavo, she studied Cinema at the Center for Arts, Humanities, and Letters at the Federal University of Recôncavo da Bahia (UFRB). Since the beginning of her studies, interest in the language of documentary cinema arose very quickly, and she engaged in the realization of a documentary film festival in Cachoeira, which is known today by the codename CachoeiraDoc. During this period, Laís Lima was able to develop her artistic skills and sharpen her vision as a filmmaker. She also had the opportunity to have contact with the national documentary film production and immerse herself in the daily struggle of those who propose to make independent Cinema in Brazil. In 2020, after performing different roles at this festival, Laís Lima took over the position of executive producer.

Laís Lima's work has taken a very special look at Bembé do Mercado, a traditional secular religious celebration in the Recôncavo Baiano, celebrated in Santo Amaro for over 133 years. Considered one of the largest African-based festivities in the world, Bembé do Mercado received the status of “Intangible Heritage” of Bahia in 2012 by the Institute of Artistic and Cultural Heritage (IPAC) and of “Cultural Heritage of Brazil” in June 2019 by the Institute of Historical and Artistic National Heritage (IPHAN), a federal government organ. Every May 13th, the date of commemoration of the abolition of slavery in Brazil, since 1889 in the city of Santo Amaro, Bembé (in Yorubá/Nagô meaning "drum," and in Bantu/Angola meaning "praise“) honors Yemanjá the female orixá (also spelled orisha or orisa, Yoruba deities). In Santo Amaro the word "Bembé" generically designates "Candomblé", an Afro-Brazilian religion practiced by the "povo de santo", and thus "Bembé do Mercado" refers to the Candomblé celebration that is held annually by a set of terreiros (temples or worship centers) in Largo do Mercado, the market square of this city. 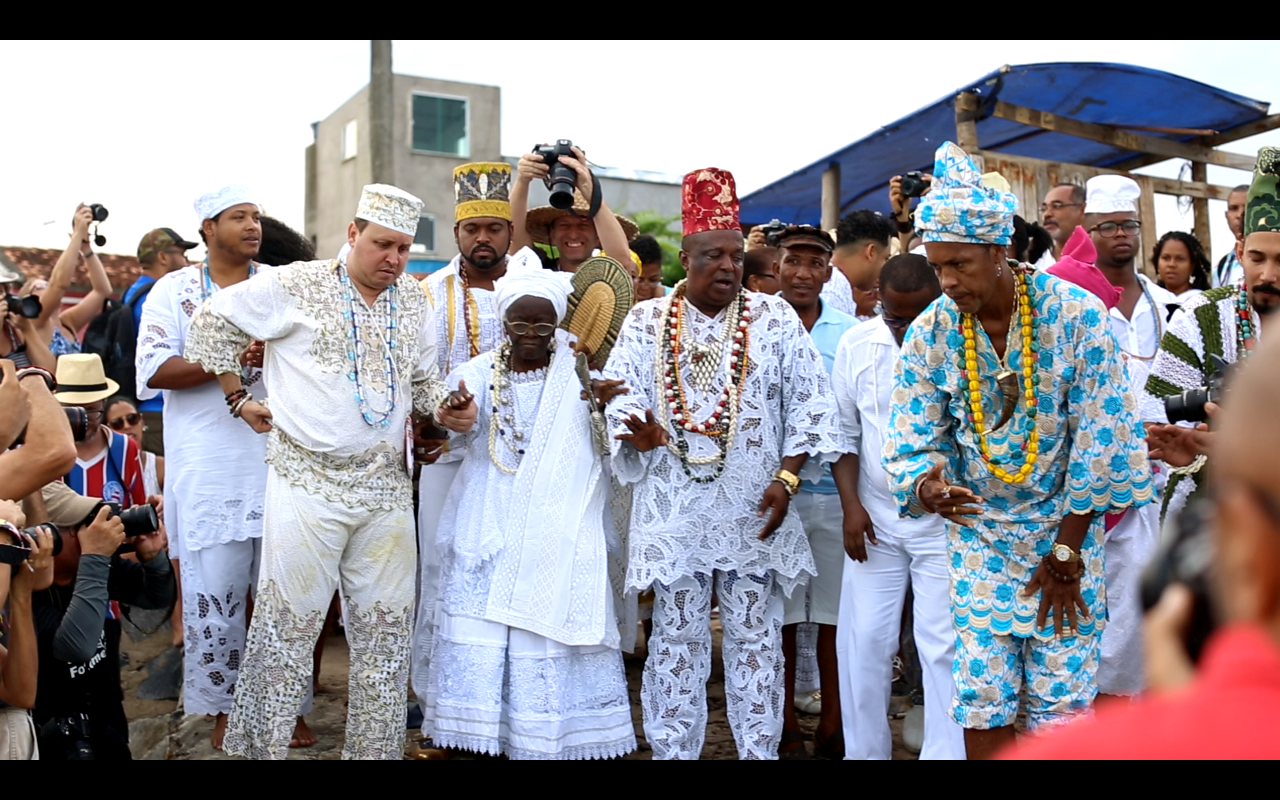 Praising the waters: before the gift is delivered in the sea waters of Itapema beach, Yalorixás and Babalorixás gather on the seashore to sing songs in gratitude. Photo: Laís Lima.

According to popular narratives, it is said that, one year after the day of the abolition of slavery in Brazil, fishermen and the "povo de santo," [people of saint] under the leadership of João de Obá (a formerly enslaved man) and his "filhos de santo," [sons of saint] moved to the street the ritual that until then was limited to terreiros. That year, for the first time in 133 years the Candomblé takes to the streets and lasts for three days. On the last day – and as the culminating part of this festival – an offering is delivered to the orixá Yemanjá, the goddess of the sea and mother of water.

Today, Bembé do Mercado also assumes the character of an association and communion, as it brings together more than 47 Candomblé Terreiros (temples) based in the region of the Recôncavo Baiano, in Salvador and also in other states of the country.Besides, it is worth mentioning that it is the only street celebration of African origin registered in the book of Intangible Goods of the Institute of Historical and Artistic National Heritage (IPHAN). In this sense, Bembé do Mercado, more than a celebration, means a "social process" that involves different stages, people, and rituals that specify and preserve a cultural memory throughout history. This process of recognition as a Brazilian cultural heritage resulted from a lot of struggle, resistance and effort carried out by different entities and people. Between them, the role of Babalorixá [Priests of the Candomblé] José Raimundo Lima Chaves was vital, known as Pai Pote, who has participated in Bembé since he was six years old, thus becoming a reference in the fight for its preservation. 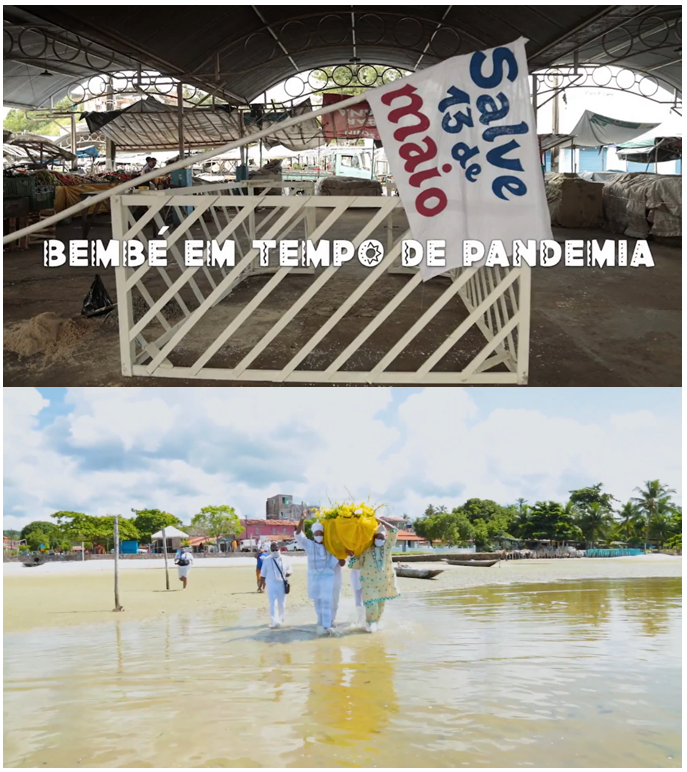 “Bembé em Tempo de Pandemia” (2020). With more than 130 years of history, the Bembé do Mercado only stopped taking place in 1958 and 1989 due to political prohibition. In 2020, with the COVID 19 pandemic, Bembé was threatened not to happen.

In addition, the dossier produced from the study carried out by researchers from CECULT – Center of  Culture, Languages ​​and Applied Technologies of the Federal University of Recôncavo da Bahia, Thaís Brito, Francesca Bassi, and Jorge Lampa and coordinated by the CECULT’'s director Danillo Barata, was fundamental to the Bembé patrimonialization process. One of the fruits of this study was a film sponsored by the Institute of Historical and Artistic National Heritage (IPHAN), called "Bembé do Mercado: 130 years" (2019)produced by Danillo Barata and Thaís Brito, in which Laís Lima participated as assistant director.

Since 2014, Laís Lima has been recording images and videos of Bembé do Mercado, including during the COVID 19 Pandemic. According to Laís Lima, her effort represents: “not only an obligation as a Santo Amaro citizen filmmaker to document this historical event, but also a commitment to tradition, even if, once again, most of the time it has been done so without any funding.” It is with this commitment and courage that Laís Lima managed to produce two audiovisual records about Bembé do Mercado: “Bembé em Tempo de Pandemia” (2020) and “Yabás: Mulheres do Bembé do Mercado” (2019).

During the period as an assistant in the research sponsored by IPHAN and conducted by researchers from CECULT, Laís Lima noted that although Bembé do Mercado celebrates female orixás, Yemanjá [sea ​​goddess], and, at the same time, Oxum [river goddess], the celebration was led by men, who occupied the leading roles in the event. From this observation and from her perspective as a black woman filmmaker, she was motivated to produce the film “Yabás: Mulheres do Bembé do Mercado” (2019). In this film, Laís Lima tries to rescue the role of women who participate and sustain this tradition but who somehow remain in the background or “private spaces”, but who nevertheless have an integral role in the rituals which take place during all the stages of the celebration. With Yabás, Laís Lima sought to give them a voice, recognition, and equal importance for the realization and preservation of Bembé do Mercado.

Yabás is a sensitive and moving record about the role of women in the religious celebration of Bembé do Mercado - an intangible heritage of Brazil (IPHAN, 2019). 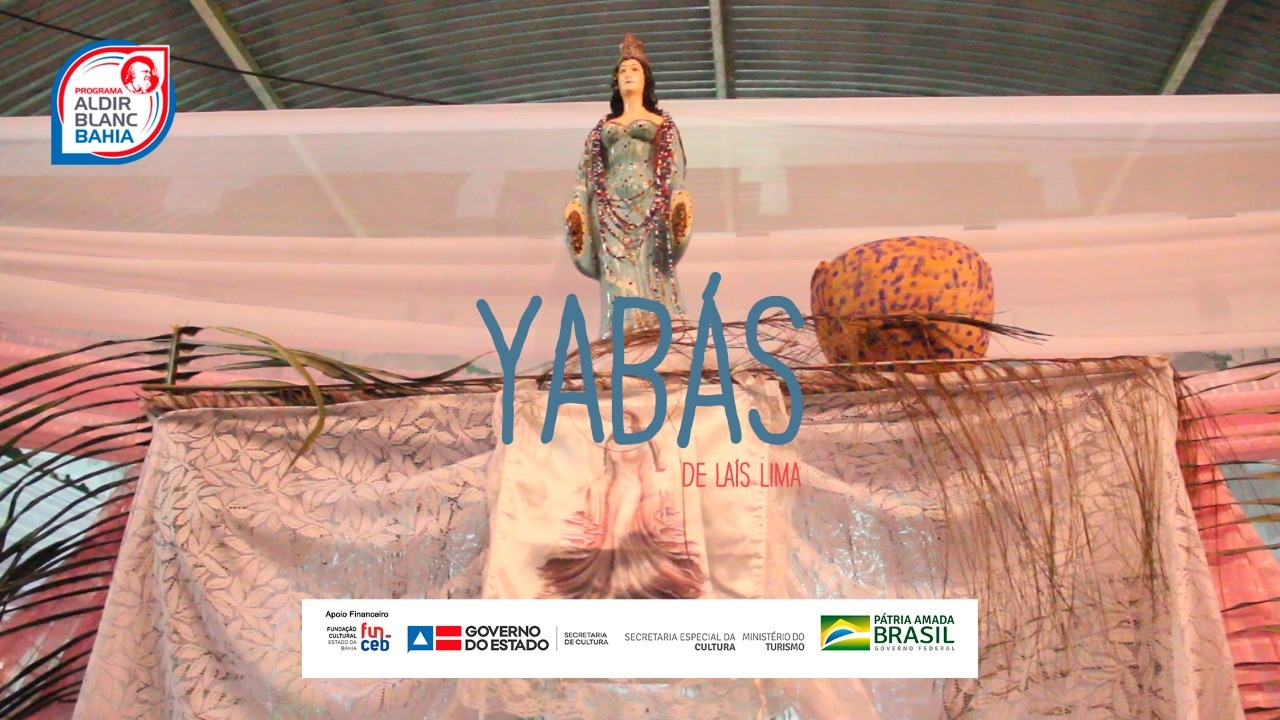 Permeated with images of the ritual and testimonies of women who are authorities of Candomblé in the city of Santo Amaro - Ba, the documentary invites us to consider the gender relations within the Bembé rituals in its one hundred and thirtieth year of existence and resistance. Yemanjá and Oxum are the great honoured ones of this secular festivity of African matrix, which takes place in the city of Santo Amaro in Recôncavo Baiano. Yabás is a word in Yoruba which means female Orixá. In the documentary, we listen to the women who have a fundamental role in the realization of the Bembé do Mercado, and about the female protagonism in this Afro-Brazilian religious festivity.

Although Bembé do Mercado has received governmental recognition as an intangible cultural heritage that must be protected and preserved by the Brazilian State, with the rise of neo-Pentecostalism in Brazil, Afro-Brazilian religions and cultural expressions have suffered increased political persecution and censorship by important evangelical religious groups and leaders in recent decades. As Laís Lima calls attention in an interview she recently gave us:

"We are in a very problematic situation in Brazil because violence is officially legitimized. For example, for the Bembé do Mercado to take place, it is necessary to remove the market stalls from the place of the event (a public market square), to set up the shed inside the market (free fair). With the increase in violence, in 2017, for example, it was necessary to call the police because the market vendors did not want to leave. So, dialogue and relationships are increasingly violent. Well, many consider it an event of the devil. To give you an idea, on the third and final day of Bembé do Mercado celebration, groups of evangelicals arrive to bless ('clean up') the market - contaminated by what they consider to be something demonic".

Laís Lima' speech reveals how Bembé's cultural resistance concerns the right to religious freedom and, above all, the request to "re-exist" as a space of struggle in which other forms of life and knowledge are produced, transmitted, and preserved through orality, ritual practices, and the body. In this sense, Laís Lima' documentary film seeks to reaffirm her commitment to building a more inclusive Brazil, which must deal with a significant challenge: looking to the past in order to find the ancestral technologies necessary to rebuild "the country of the future".

*This text was written by Jonas do Nascimento and Viviane de Freitas based on an interview with Laís Lima on the Zoom platform.