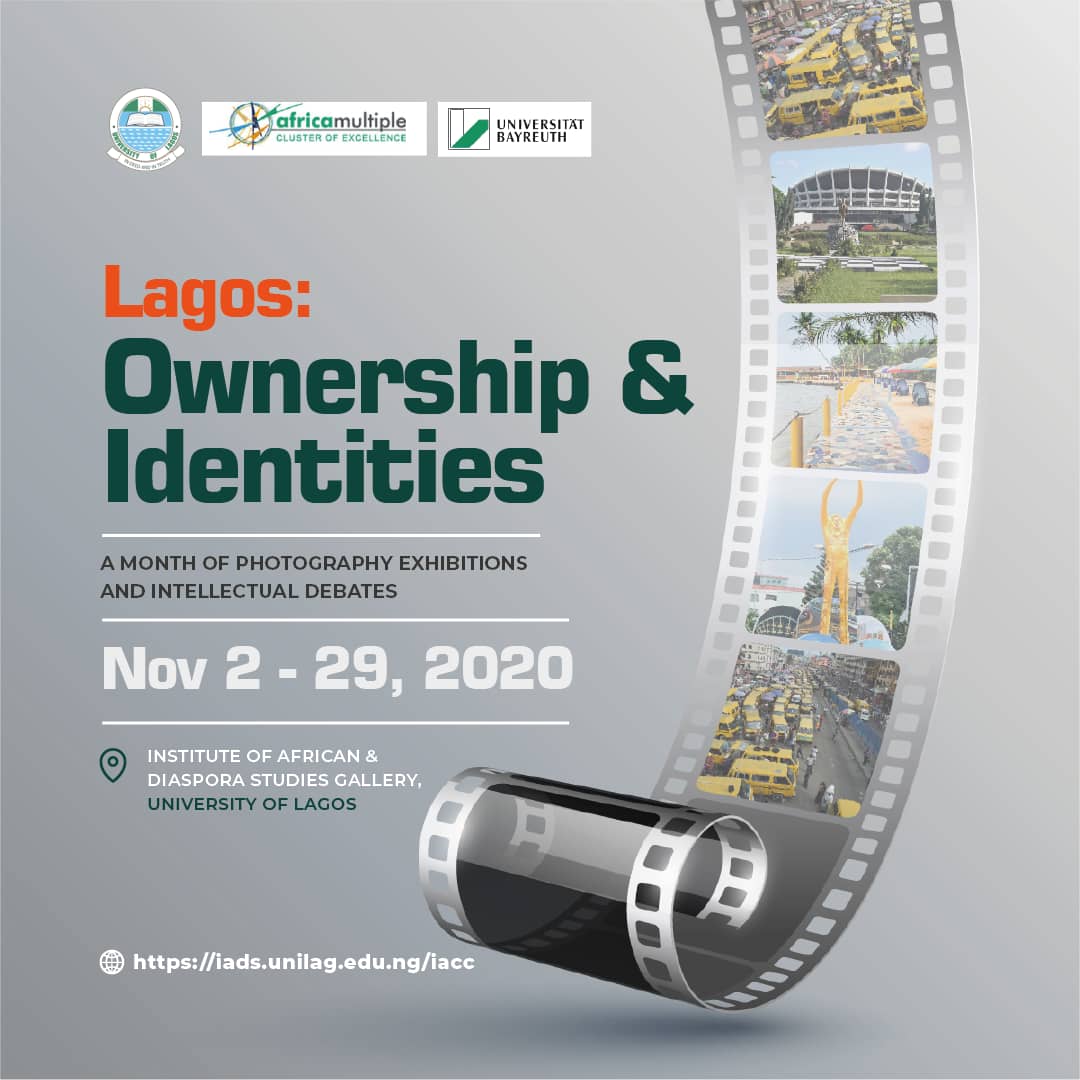 The Lagos African Cluster Centre(LAGOS ACC) is a centre domiciled in the Institute of African and Diaspora Studies, University of Lagos, Nigeria. The aim of the Centre is to reconfigure African Studies and open new vistas of multidisciplinary and multisectoral enquiry and engagement. In line with this, the Lagos ACC will be hosting a series of roundtables, discussions and exhibitions with the theme “Lagos: Ownership and Identities”

There are complexities around how historical patterns of identity have reconfigured the citizenship and mobility processes of both indigenes and residents in Lagos, Nigeria’s largest city. It explains the multi-form nature of Lagos historically, and presents opportunities to understand how contemporary diversities of the city evolved. The exhibition and series of roundtable meetings seeks to explore the views of different stakeholders to produce a holistic documentation and substantiation about Lagos across oral, written and graphic forms of expression.

Lagos is considered the melting pot of diverse ethnic groups in both Nigeria and in the West African axis. This Lagos has grown from a small fishing village since its founding in the 16th century to a vast metropolis of over 23 million people in present day Nigeria. After about five centuries since the founding of the city, the ownership and identity of Lagos has remained controversial, among history scholars and traditional historians of Lagos, and even in urban life around the city. The migration history of Lagos needs to be reexamined and reanalyzed with the notion of bringing all stakeholders together to achieve a common ground concerning her ownership and identification.