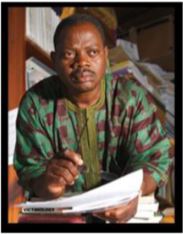 Among the lasting contributions of Obafemi Awolowo (1968) to African Intellectual and political heritage is his philosophy of leadership, as encapsulated in the philosophical theory of the regime of mental magnitude. This philosophy has not received adequate attention from African political scientists, political philosophers, social scientists, educationalists, theologians, management scholars, policy makers and students of African development, issues and problems. Given the flux that is the African existential situation in the contemporary global environment, it is very important that African(a) intellectuals take a step back to examine the numerous factors which have contributed to (and which continue to underwrite) the underdevelopment and poverty of majority of African(a) societies globally. But the kind of investigation that I am calling for can only be conducted with inter/multi/transdisciplinary collaborative efforts from diverse intellectual directions, because the problems confronting African societies are multifaceted and hydra-headed. In this discussion I annotate some important elements of what Obafemi Awolowo described as the regime of mental magnitude, how such a regime leads to leadership discipline, devotion to collective existence of the people he/she leads, intellectual creativity, imaginativeness in facing the challenges of providing direction and orientation for African(a) societies when embraced, and how failure to recognize this has been the bane of the existence of African(s) societies in their bungling search for socio-cultural, religio-spiritual, economic, political, technological and cultural pathways to development. I offer suggestion to how the regime of mental magnitude can be cultivated to empower African leadership at the local, national, regional, continental and international levels in solving the developmental problems of Africa.