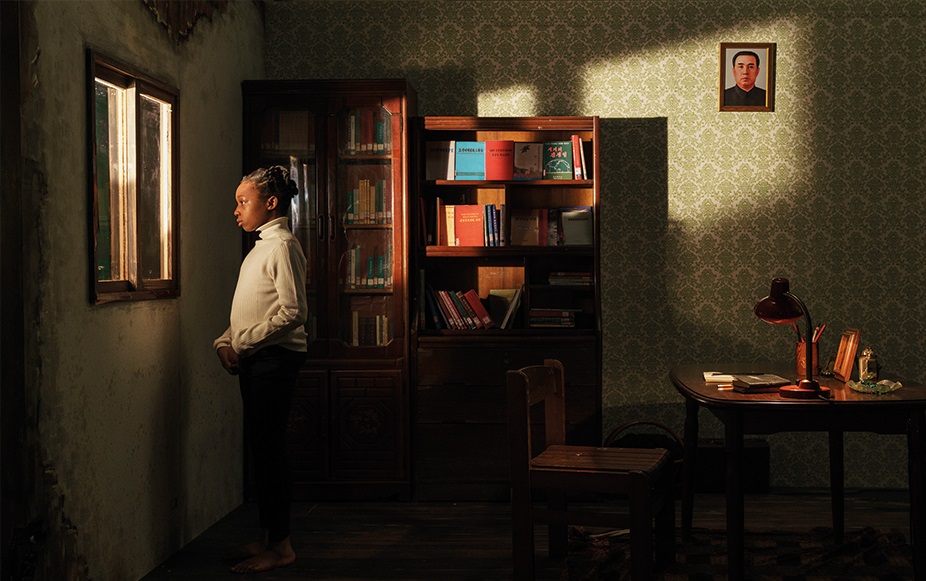 My Utopia (2018) adopts a documentary theater format inspired by the story of Monica Macias, who was the daughter of the first President of Equatorial Guinea in Africa and spent 16 years in exile in Pyongyang due to a coup in the country. The actresses play Macias and people surrounding her. The people in the film expressing their curiosity of different skin colors and each other’s foreign languages. It reveals how similar individual identity issues are –including a sense of community, nationality, race, and language –in both Koreas, as well as the structural problems of the relationship between the two Koreas and their diplomacy.

CHE Onejoon, a visual artist and filmmaker, started his career as an evidence photographer. For Texas Project, Che photographed the declining red-light district in Miari in Seoul after the government initiated the anti-prostitution law in 2004. He also made short films and archives that capture the trauma of the modern Korean history by documenting the bunkers during the post-Korean War period and the abandoned U.S. Army camps in South Korea after the Iraq War. In recent years, Che produced a documentary project about the monuments and statues made by North Korea in Africa. Starting with this project, he is currently creating a documentary theater, a film, an installation about Afro-Asian culture and identity. Che has exhibited internationally at Taipei Biennial (2008), Palais de Tokyo modules (2012), Quai Branly museum photo award finalist (2013), Venice Architecture Biennale Korean pavilion (2014), New Museum Triennial (2015),Louisiana Museum of Modern Art Afrika (2015), Busan Biennale (2018), Lubumbashi Biennale (2019) and others.