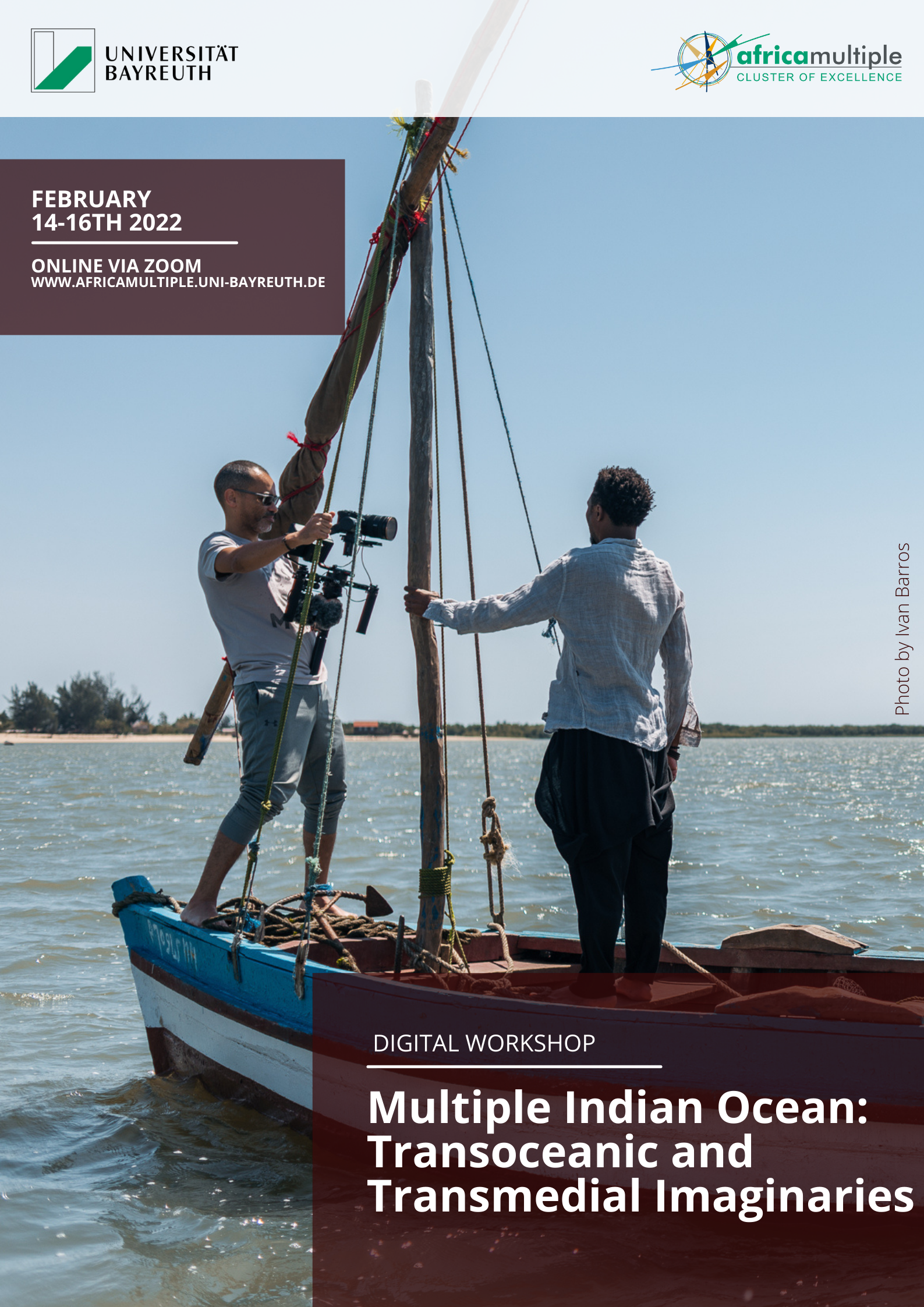 This workshop aims to explore multiple aesthetic relations constantly in flux, which construct, deconstruct and reconstruct the Indian ocean. How do arts – music, literature, visual art, performance – relate to and dynamically create imaginaries of the Indian Ocean as a transcontinental space?

Firstly, the participant will discuss the tacit, aesthetic relations which artworks create: Beyond conveying a message, music, verbal, audiovisual or performative arts make use of imagery, sound, narrative and performances to make alternative existence, visions and histories of transoceanic relations perceptible. How do these effects which artworks and artistic practices produce question political and linguistic boundaries, and create alternative imaginaries in and of the Indian Ocean? How do they relate to and shape people’s lifeworlds and future visions? Can they constitute an alternative archive?

Secondly, the workshop aims to examine the Indian Ocean as a fluid space, in which languages, images, music and dance movements have been travelling and influencing each other for centuries. What are the intermedial connections between literary and performative, musical, and
audiovisual aesthetics? How do these connections spell out differently at different sites and at different times? Which artworks, images, narratives, music styles but also dances have been excluded also in recent debates about the Indian Ocean? How can one conceptually grasp the interrelation of the multiple layers and traces or languages, imageries and narratives in Indian Ocean settings?