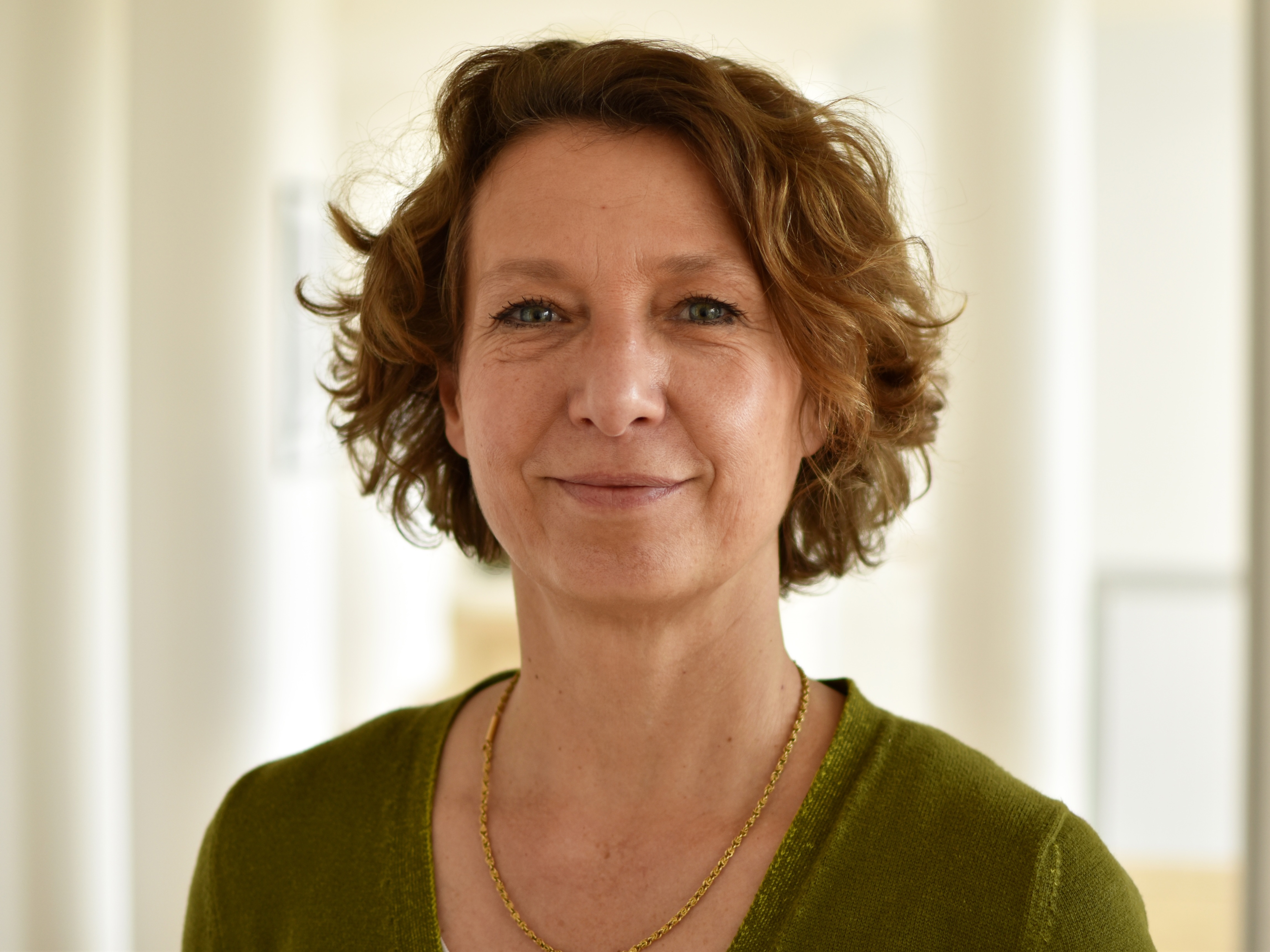 Prof. Dr. Andrea Behrends is Professor for Anthropology in Africa and is member of the "Africa Multiple" Cluster of Excellence at the University of Bayreuth. Her research looks at the management of so-called crisis situations in African contexts. She focuses on mobility, flight, conflict, and intervention. In an interview – recently having returned from Senegal – she reports on aspects of the coronavirus crisis there.

Is the coronavirus pandemic received differently in Africa as compared to Europe?

There, just like here, the new hygiene regulations, the rules of social distancing, and encouragement to stay at home are being spread by the media. People are also trying to comply with government regulations and recommendations to wash their hands more often and avoid physical contact. In the Nigerian city of Ibadan, for example, square boxes have been painted on the floor at public railway stations, each two metres apart. People are supposed to stand there when they wait for the train. The pictures shared on Instagram by "bbcafrica" show people calmly and peacefully accepting and adhering to these rules.

So, is it any different at all?

Yes, it is. Of course, keeping social distance is not the same everywhere, there are cultural differences. But above all, this means that the respective habits are changing in different ways. How do you cope with everyday life when you are used to shopping at a market where many thousands of people crowd closely together every day? How do you get from place to place when the cheapest option is to take the crowded shared taxis, which often accommodate up to 20 people? Ways of coping with the new rules are different, because approaches to finding solutions differ from culture to culture, too. However, basically, I have noticed great similarities in the reactions in the different regions of the world.

Until recently, Africa was considered to be little affected. What are the consequences of that?

At the beginning of March 2020, when Europe had already prepared for the pandemic and its possible consequences on a fairly widespread basis, it still did not seem unreasonable to undertake short trips from Europe to the African continent. There, so the common assumption, the virus might not be as viable as here, since it would spread less easily due to the heat. That's why I flew to Senegal, to Dakar, to give a presention on "Lifeworlds in Crisis". In the discussion after the lecture, however, the pandemic was not mentioned at all, it was more about the imminent start of oil production off the country’s coast and the fear that Senegal, too, might be affected by the spiral of consequences of sudden wealth, which is often labeled as "resource curse". Out on the streets, however, the pandemic was already an issue. In March, celebrations of one of the country’s Muslim brotherhoods are to take place. People feared that members from all over the world would flock to the country for the occasion, inevitably bringing the virus with them. Therefore, a few days later, the country's borders and the international airport were closed. My return trip was on one of the last scheduled flights.

What consequences do you expect regarding conflicts on the Continent?

The question is not an easy one to answer at the moment. Of course, the restriction of public life can lead to a strengthening of autocratic structures, as the example of Hungary - in the middle of Europe - shows. So far, however, a pragmatic application of the security regulations can be observed. As here, too, there are fears in Africa that the - in this case much weaker - health system will be overburdened by a large number of afflicted people. On the other hand, most African countries are inhabited by young people, who - it is hoped - will not be affected by the virus more than, for example, by malaria, which kills many people every year in all sub-Saharan countries. Moreover, Africans are more experienced with pandemics for which there are no antidotes.

Do you mean Ebola?

Yes. Only six years ago, parts of West and Central Africa experienced the devastating effects of an Ebola epidemic. Although, unlike COVID-19, the infection is limited to direct contact with body fluids, the disease leads to death in far greater numbers. People are proud that they were able to defeat this "invisible enemy", as the Sierra Leonean historian Sylvanus Spencer called it. The disease did not lead to uncontrollable conflicts. The people were slow to get used to the strict ban on contact, because especially mourning of the deceased and funeral rituals could not be carried out in the way people considered to be of essential importance. But they finally adapted to the restrictions and were able to defeat the disease.

Do you think that such experience is an advantage in the fight against COVID-19?

The slow adaptation to regulations was partly due to the fact that people had no confidence in their governments. The work of Sylvanus Spencer from Sierra Leone shows this, too. After years of brutal conflicts, corruption, and the impunity which autocratic regimes grant those who are close to the regime, many people considered the strict new rules to be a new type of deceitfulness on the part of their rulers. The international helpers, whose protective clothing reminded them more of aliens than of well-meaning rescuers, seemed to confirm this impression. The hard-won insight that the drastic measures were probably the only rescue is still deeply rooted in people's consciousness. It can be assumed that this experience can be drawn upon and implemented much faster in a new crisis.

Will the corona pandemic have an impact on flight movements to Europe?

The unusual thing about the COVIDd-19 pandemic is that it did not originate from Africa, as Ebola did, but rather is reaching the continent from the rich countries of the world. This, I suspect, will have little effect on migratory movements towards the north. The predominantly young people who travel this route are not afraid of the virus, but rather of state arbitrariness, violence, and poverty. The fact that the borders of many countries are now closed, and perhaps also that more controls are now applied in the more remote parts of the countries, could hamper migratory movements. However, there are no recent reports or statistics that I am aware of on this subject. Nor is it easy to predict the future. The number of cases of COVID-19 infections is rising in African countries, too, and global fears of inadequate health care are also spreading among governments of the countries of the South. However, this pandemic does make a difference.

Europeans, who in the past often saw themselves as transmitters of development and progress, now appear as an openly visible threat. However, I am touched by the sympathy I have received from friends who live in the remote crisis area in the Central African border region between Chad and Sudan – whom, otherwise, I’m often contacting concerned about their condition: "Take care of yourself" and "Stay at home with your family" are the messages I am receiving now.