The Working Paper Series of the Africa Multiple Cluster of Excellence “Africa Multiple connects” has just published its second edition. It features a paper of John Ayotunde Bewaji titled “African Studies and the Question of Diasporas”. 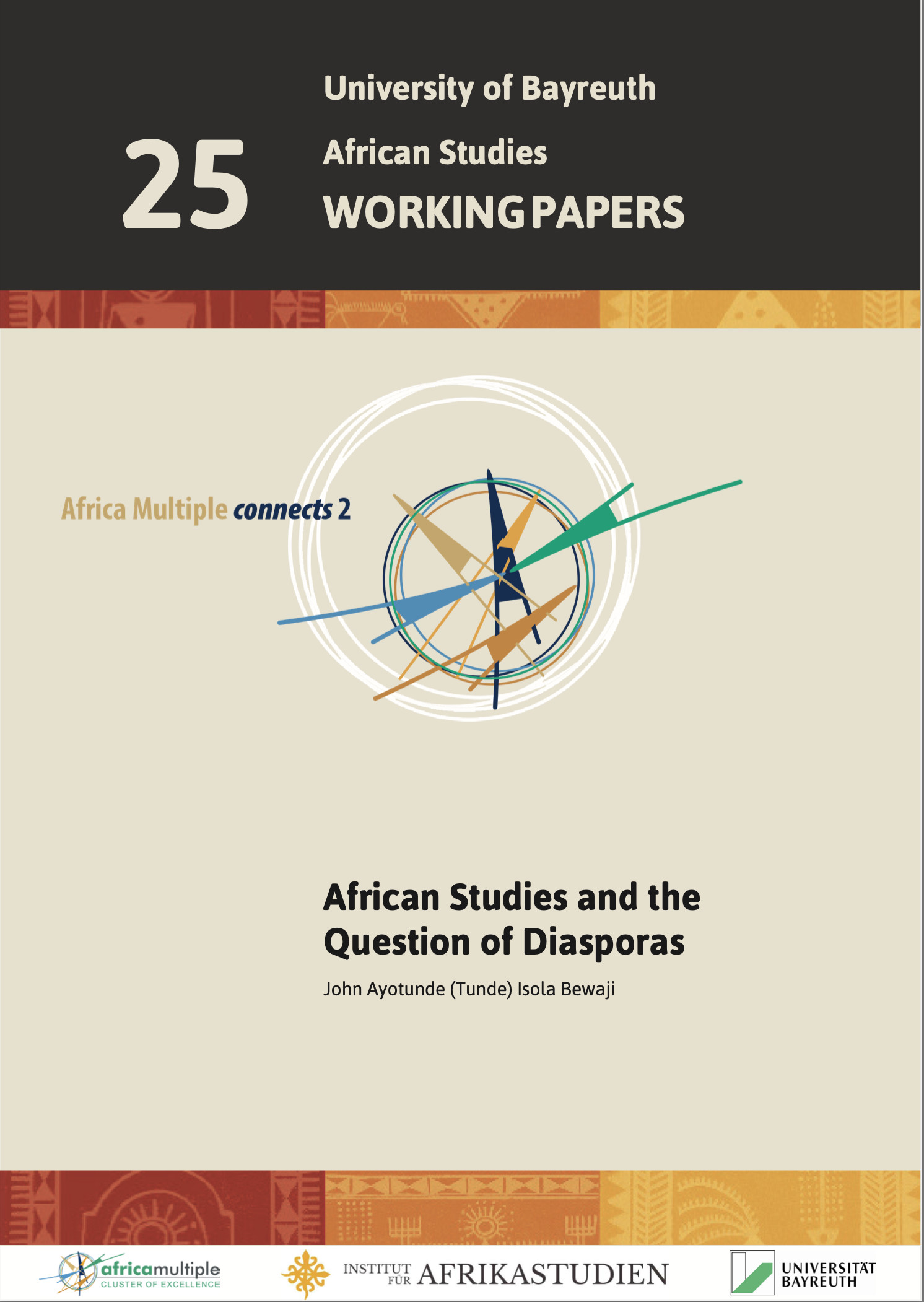 In his essay, Professor Dr. John Ayotunde Isola Bewaji discusses questions of Diasporas of African descent. Bearing in mind that Africa was the original home of the oldest human beings the author notes that the concept of Diaspora when applied to Africa is a misnomer of sorts. Science has discussed how the earlier waves of emigrant Africans (humans originally domiciled in Africa) have adapted to their environment, becoming various shades as melanin presence dictated. Later groups are in India, Tonga, New Zealand, Australia, the Americas: black skinned, flat nose, but with various forms of stretchered out hair. These earlier groups are not called, technically, Diaspora. Only recent migrants to the West, Europe, Asia Minor, Asia and the Americas are called Diaspora: they migrated voluntarily for various reasons or they were forced out of Africa as captives.

In an effort to overcome these challenges, the author proposes that African Studies should aim to encompass the following aspects:

These efforts must be either multi- or interdisciplinary or both and encompass all domains of human intellectual theory and practice. Recovering the human intellectual traditions and knowledge systems of continental and Diasporas would be a treasure trove of ideas to solve many of the challenges faced by humanity today; this will require transcending what Claude Ake has dubbed “Social Science as Imperialism”.

Bewaji explains: “In this essay, I attempt to sketch what would constitute a more appropriate, historiographically accurate and globally judicious understanding of African Studies that is holistic.” He continues: “My goal is to sketch an African Studies that is not segmented on the basis of the agendas of exogenous forces bent on decimating global African peoples, by playing diverse groups against each other, but one which recognizes the continuity of human heritage as primarily African heritage writ large, and one which recognizes that the African Diasporas, recent and classical, are all continuous with Africa feeding and renewing the world with humanity by virtue of being the original home of humanity. This calls for so many different approaches, but primary being the complete overhaul of the current curricula used to programme the minds of humanity, especially those emanating from European climes, to persist in negro-gaze: the objectification and exoticization of Africa and peoples of Africa globally, thereby derogating their humanities and agencies.” 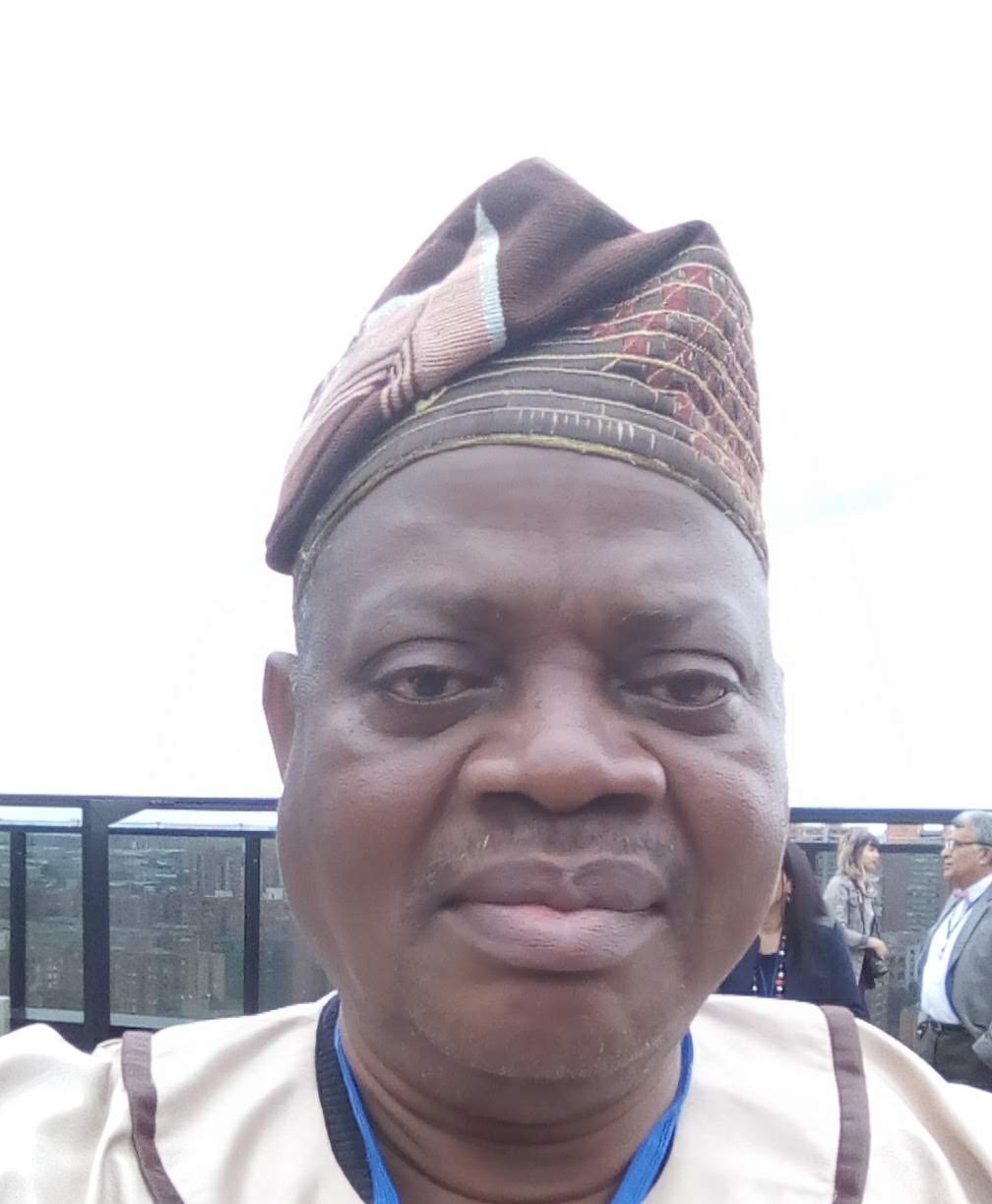 John Ayotunde Isola Bewaji (PhD Philosophy, MA Distance Education) is Professor of Philosophy at the University of the West Indies, Mona Campus in Kingston, Jamaica. His publications include Beauty and Culture (2003), An Introduction to the Theory of Knowledge (2007), Narratives of Struggle (2012), Ontologized Ethics (edited with Elvis Imafidon, 2014), Black Aesthetics (2013), The Rule of Law and Governance in Indigenous Yoruba Society (2016), and Media Ethics (with Babatunde Adedara, 2017). A recipient of numerous awards, including Guggenheim Research Fellowship, CODESRIA/Carnegie Visiting Professor of Philosophy he was Jay Newman Visiting Chair in Philosophy of Culture, Brooklyn College and is Member of Nigerian Academy of Letters.

As the Working Paper Series of the Africa Multiple Cluster of Excellence, Africa Multiple connects offers a forum for research conducted and presented by researchers affiliated to the Cluster. The series also accommodates papers such as invited lectures, workshop contributions, or conference papers submitted by the Cluster’s guests and visiting scholars.

Academy reflects - a sub-series featuring research by fellows and postdoc working groups of the Bayreuth Academy of Advanced African Studies, which is now part of the Africa Multiple Cluster of Excellence - and BIGSASworks!, the platform for publishing research-related articles and edited volumes by Junior Fellows of the Bayreuth International Graduate School of African Studies (BIGSAS). In October 2019, Africa Multiple connects issued its first edition titled “Figuring out how to reconfigure African Studies” by Cluster Dean Prof. Dr. Rüdiger Seesemann. Managing editor of the series Africa Multiple connects is Dr. Doris Löhr.