Just before leaving Bayreuth to go back to teaching in the U.S., Cluster Fellow Dr. R. Benedito Ferrão talked with us about his time in Bayreuth, his interesting research topics and why Shakespeare and Cosima Wagner were somewhat responsible for his application. 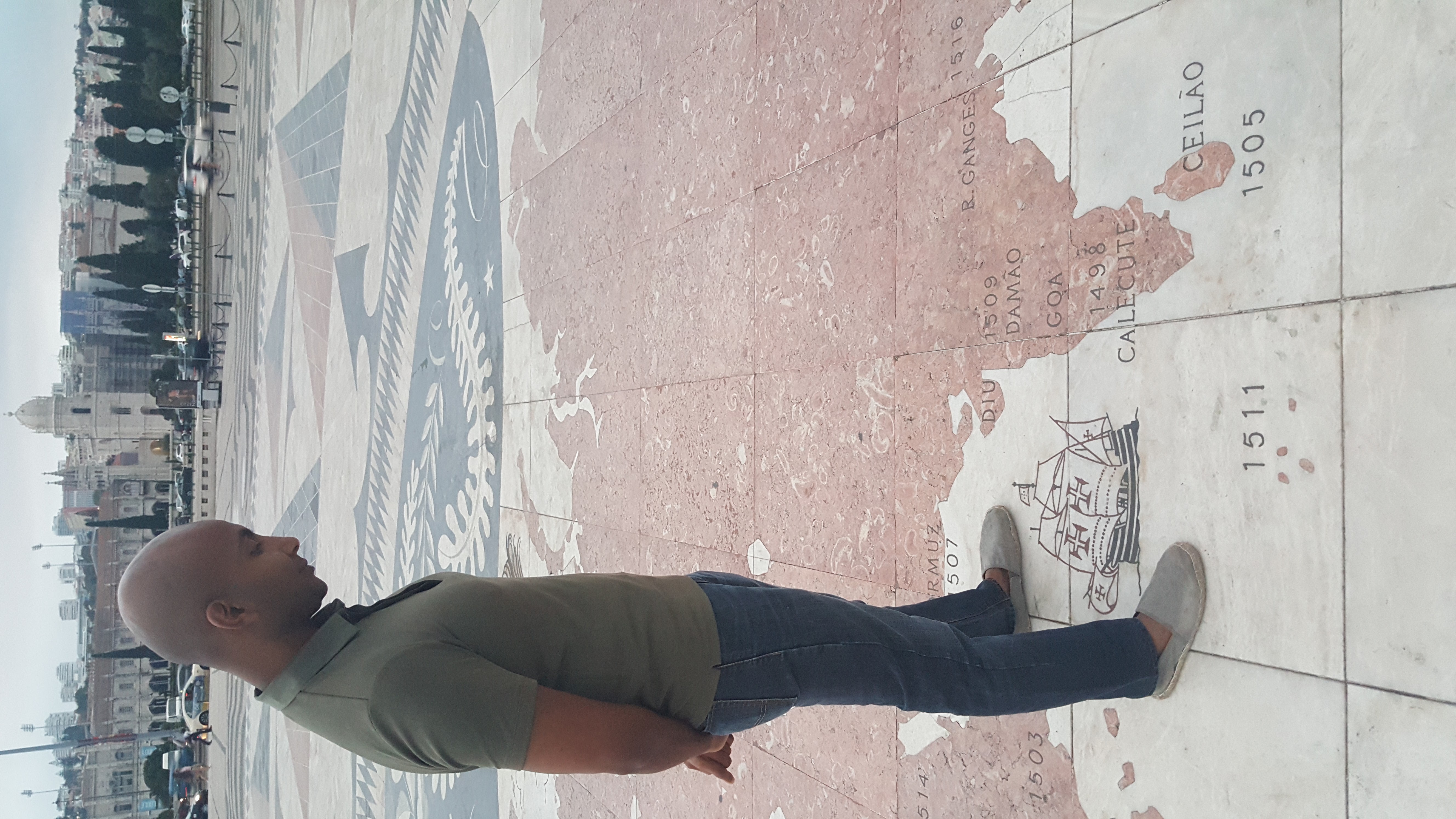 Prof. Dr. R. Benedito Ferrão, your fellowship at the Africa Multiple Cluster of Excellence is about to end. What is your take on doing a fellowship during these pandemic times?

By definition, a fellowship suggests the opportunity to commune with other scholars. While I did get to spend a little bit of time with Dr. Landry-Wilfrid and Dr. Higgs – the other international fellows – prior to the end of their curtailed stays, it was all too brief. Nonetheless, we have continued to be in touch thanks to technology. I appreciate that the fellowship allowed us to connect as we have been able to have generative discussions about our work and, certainly, the shared condition of living abroad, as well as life in the realm of “the new (ab)normal.”

In other regards, not knowing German has made it challenging to keep up with the everchanging requirements and restrictions because of the dynamic nature of the pandemic. Suddenly discovering that medical-grade masks are a mandatory requirement came as a complete surprise in the midst of shopping for groceries!

I will note, nevertheless, that I have attempted to use this time to continue working on my research and writing. To this end, doing research can be (or require being) solitary. Lockdowns leave not much else to do beyond a certain point, so I have tried to use the forced confinement as advantageously as possible while, yes, still craving that things were different!

What did you hope to achieve during your stay with us?

A part of my research considers the role of German colonialism in Tanganyika. This is a historical episode that arises in some of the novels that constitute my current book project. While here, I had hoped to deepen my understanding of this period by consulting with scholars of, and materials pertaining to, this subject.

Even so, this is research I will continue to undertake, because it speaks to my larger interest in non-British colonialisms and trans-coloniality.

Which research topics are you currently working on? What influenced your academic foci?

In the largest sense, I research diasporic representation in fiction about Afro-Asiatic colonial and postcolonial contexts. More narrowly, I am interested in how literature represents the displacements of Goans characters between several continents due to post/colonialism. Additionally, that movements of such characters occur within and between multicultural contexts can also be revelatory of the workings of (national) identity formation, I contend. My focus on Goans, then, not only requires that attention be paid to Portuguese colonialism, but also its collusions with British and German colonialities in pluricontinental contexts – Africa, Asia, and Europe. In other words, I also seek to disrupt the centrality of British coloniality within postcolonial literary studies.

If my work in literature suggests the fictional, then my other research focus is on the very real life and legacy of the artist Vamona Navelcar. In “Canvas Adrift: Vamona Navelcar and the Unframed Ocean”, my online talk of 21 January, 2021, I offered a political biography of this artist who was born in Portuguese Goa in 1929, studied art in Portugal during the colonial period, and then found himself incarcerated in postcolonial Mozambique in the 1970s! Just as with my work in literature, my research on Navelcar looks to how his art chronicles displacement in colonial and postcolonial contexts across various spatiotemporalities. My co-researcher Dr. Vishvesh Kandolkar and I are currently planning a forthcoming exhibition of Navelcar’s paintings and drawings in Lisbon, which will be the first time his art will be seen there this century.

What piqued your interest to become part of the Cluster of Excellence?

In a course I teach called “Postcolonial Literatures and Legacies” at William and Mary, which is my home institution, I pair texts that are either pre-colonial or colonial with their postcolonial counterparts. One such pairing is Othello and a wonderful play titled Red Velvet by Lolita Chakrabarti. This latter play tells the story of Ira Aldridge, the first Black man to play Othello on the London stage. In Chakrabarti’s play, Aldridge’s debut as Othello occurs during the contentious time of the British parliament’s introduction of the Slavery Abolition Act of 1833. In researching the play for the purposes of teaching it, I learned that Aldridge had a daughter who was an opera singer. In 1896, Luranah Aldridge came to Bayreuth to perform as one of the Valkyries in Wagner’s Der Ring des Nibelungen. She had been chosen for this task by none other than Cosima Wagner.

Given everything we know of Wagner’s views on race, that a mixed-race Black woman would be hired by his equally controversial widow to perform this role was extremely curious. This led me to research Bayreuth and learn of the African Studies programme at the university.

Which other aspects impacted your decision to apply for the fellowship at our Cluster of Excellence?

The work Dr. Ute Fendler does on, both, the Indian Ocean world and Brazil led me to believe that the fellowship programme would be a good place for me to pursue research on Lusophonic connections and colonialities. Further, that the Cluster had recently hired Dr. Christine Vogt-William as its Director of the Gender and Diversity Office added an extra dimension. I was familiar with Dr. Vogt-William’s research and thought I would benefit from dialogue with her about my own work. But I also thought it significant that the Cluster was so dedicated to the issue of intersectionality that it instituted an office to implement this approach, both, in its research agenda as well as in its constitution of the programme. This mattered to me because intersectionality is an important aspect of how I research race, gender, and sexuality in post/colonial literature.

Apart from this, what makes the Cluster unique is its partnership with institutions on the continent. I felt that this might provide opportunities for exchanges that could aid my work.

In which ways are you hoping to have contributed to the Cluster’s agenda?

I hope that my time here has added to existing work being done on Indian Ocean literatures and art histories and especially how these have been influenced by legacies of Portuguese post/coloniality. Despite the pandemic, I have had the opportunity to speak to various colleagues about how race and gender can and should be inherent to our thinking about African Studies, particularly in foregrounding the importance of supporting scholarship by Black researchers, students, fellows, and professors. I hope that such dialogue will continue as the Cluster takes on the not insignificant matter of reconfiguring African Studies.

Do you already have plans for when your fellowship is over?

I have already “returned” to teaching at William and Mary, albeit online. This notwithstanding, some of the research I was able to complete while on the fellowship will contribute to the forthcoming Navelcar exhibition which I mentioned. Apart from my aforementioned book project, I am also co-editing with Dr. Deborah Al-Najjar a special issue of a literary journal that will commemorate the 30th anniversary of the Gulf War. Our planned issue will include a multicultural cast of writers and artists with connections to that past.