An unusual project in northern Chad started in January 2021 under the leadership of Dr Tilman Musch, social anthropologist at the University of Bayreuth: In the Tibesti Mountains, an old tradition of horticulture is to be revived and optimised with the instruments of modern sustainable agriculture. In cooperation with gardeners from other oasis cultures in the Sahara, 20 multi-level model gardens will be built in which high-quality food is to be cultivated. Here, date palms, fruit trees, and vegetables and herbs will grow on three levels in the future. The Gerda Henkel Foundation is supporting the initiative for the next two years.

by Christian Wißler, editor at University of Bayreuth 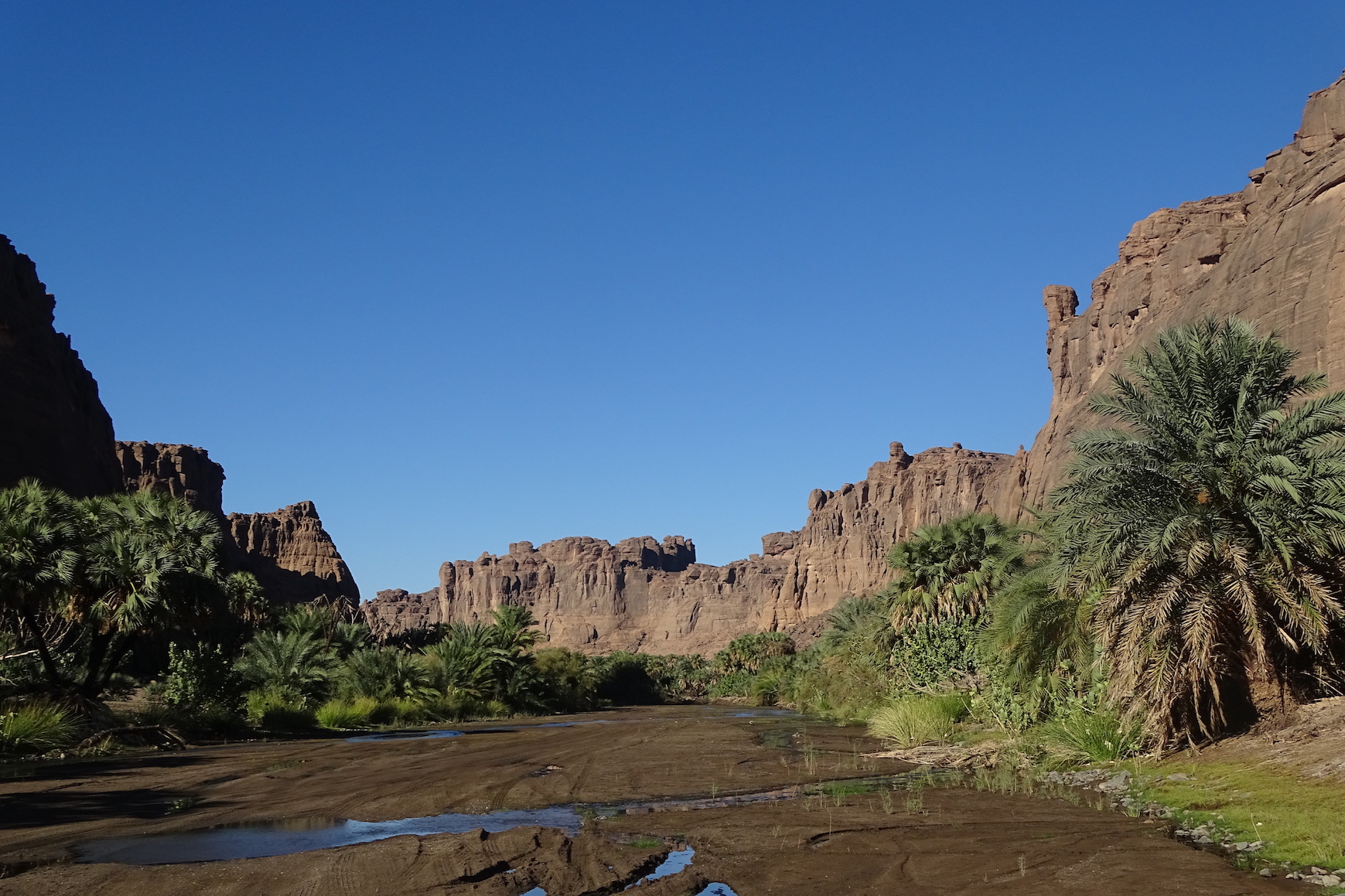 Date and Hyphaene palms against a backdrop of sandstone rocks in the valley of Dobohor in the western Tibesti. As in other valleys of the Tibesti, horticulture, now largely forgotten, used to be conducted here on a significant scale. Photo: Tilman Musch.

The new Sahara gardens each have an area of around 500 square metres. Date palms, which provide not only fruit but also wood and fibres as building materials, are of central importance for their cultivation. In their shade, pomegranates and citrus fruits, vegetable plants, as well as medicinal and aromatic herbs will soon flourish. The storey-like structure of the gardens, which was traditionally widespread in North Africa and resembles current techniques in agroforestry, is proving to be advantageous. Supply of the crops involved, which have very different needs in terms of nutrients, water, and light, can thus be well coordinated.

Modern low-pressure drip systems will be used for irrigation. The water needed for this will be obtained from open wells near the surface with the help of solar-assisted pump systems. "We will cooperate closely in the planning and management of the gardens in the Tibesti with local gardeners from other areas of the Sahara who operate successfully under similar environmental conditions. They also have many years of experience in preventing soil salinization and erosion," says Dr Tilman Musch. 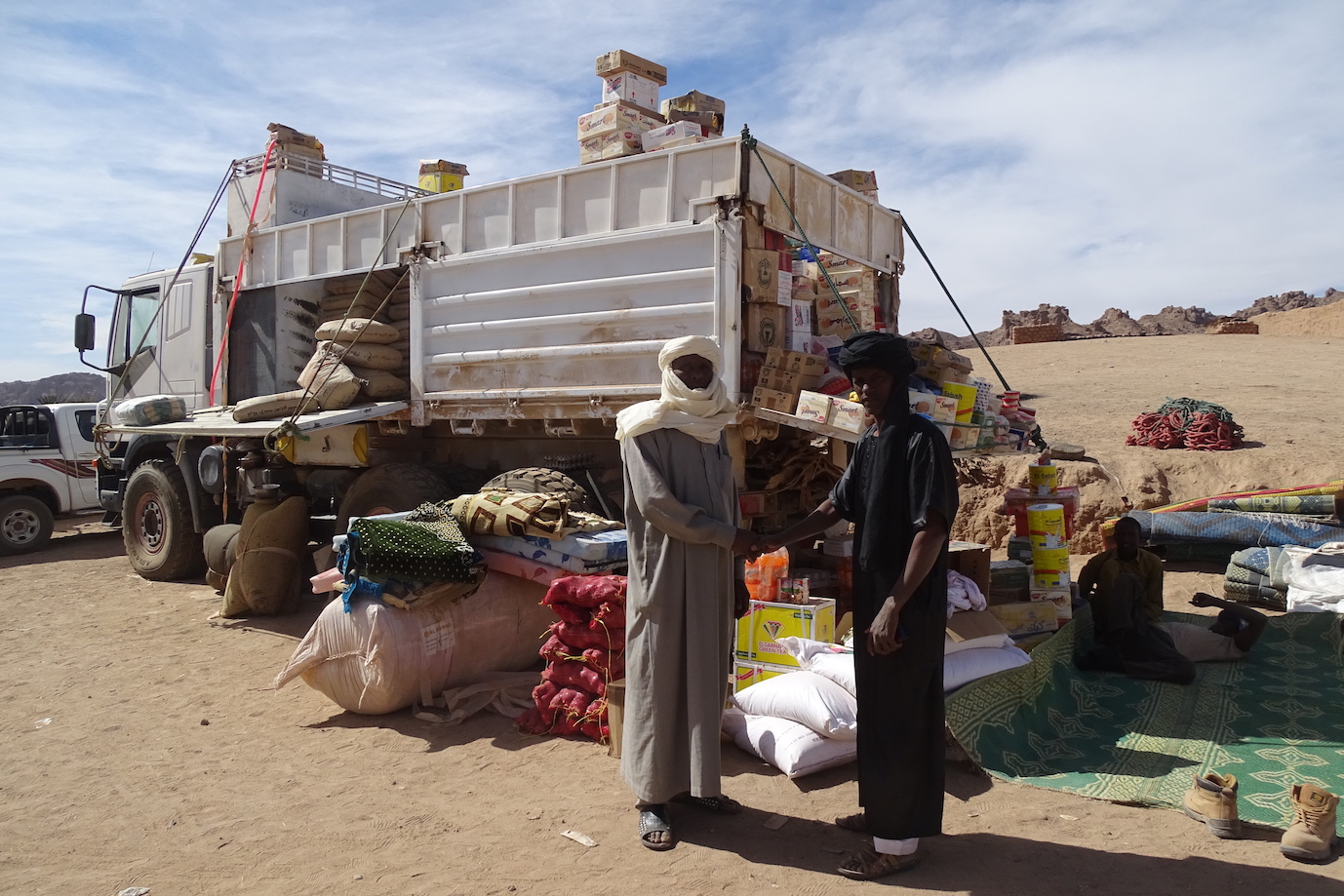 In the mountainous regions of the Tibesti, the techniques of horticulture that used to meet daily demand for fruit and vegetables have largely been forgotten. Today, most food is imported from Libya. Often these are comparatively expensive canned products. "Our new horticulture project will therefore help the local population in the Tibesti to regain better access to fresh, high-quality, and affordable food," explains the Bayreuth social anthropologist. The new initiative is being complemented by an accompanying scientific project: In cooperation with Centre National de Recherche pour le Développement in N'Djamena, the capital of Chad, two experimental gardens are to be set up and two Chadian master's theses on the topic will be supervised.

In fact, Musch led a previous social science project in northern Chad from 2017 to 2020, which was also funded by the Gerda Henkel Foundation. The research primarily dealt with the legal system of the local population, the Teda, who belong to the Tubu, and have settled in the Tibesti, in southern Libya, and eastern Niger. Despite colonialism and strong European influences on many African legal systems, the traditional Teda legal system has remained largely unchanged. "To this day, the centuries-old code contributes significantly to social and political stability and peace in the region," says Musch. 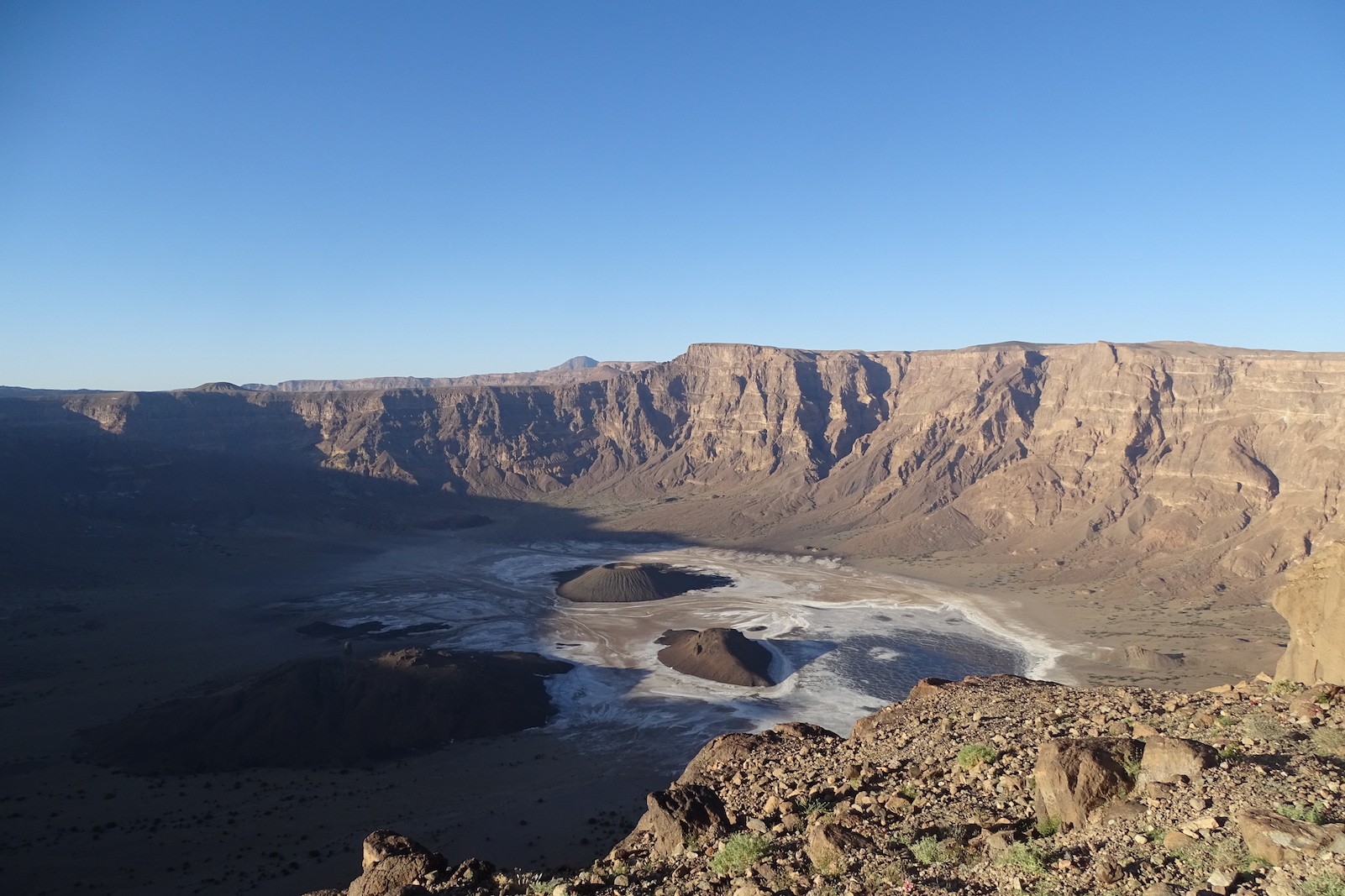 The "Soda Hole” caldera in the Tibesti with its secondary volcanoes. During the course of the drying of the Sahara over thousands of years, the Tibesti represented a favourable location and retreat for humans, animals, and plants. Photo: Tilman Musch.

The construction of the Sahara Gardens, which has now started, goes back to suggestions from the local population. When the Gerda Henkel Foundation held out the prospect of funding another research project in 2020, the Bayreuth social anthropologist contacted people in Chad with whom he had been working so successfully up to that point. The desire for a horticulture project promoting sustainable agriculture in Chad was conveyed to him several times. In cooperation with a research centre in Chad, Centre National de Recherche pour le Développement (CNRD), and the MP Djiddi Allahi Mahamad, who represents the constituency of Tibesti-West (Zouar) in the National Assembly, he developed the concept of model gardens, which combines old regional traditions and modern agriculture.

To find the photo report on the research work of Dr. Tilman Musch, please click here.