In recognition of his outstanding achievements in the field of African and Global Arts the Africa Multiple Cluster of Excellence honours the late Nigerian art curator, historian and writer Okwui Enwezor by establishing an annual lecture carrying his name. 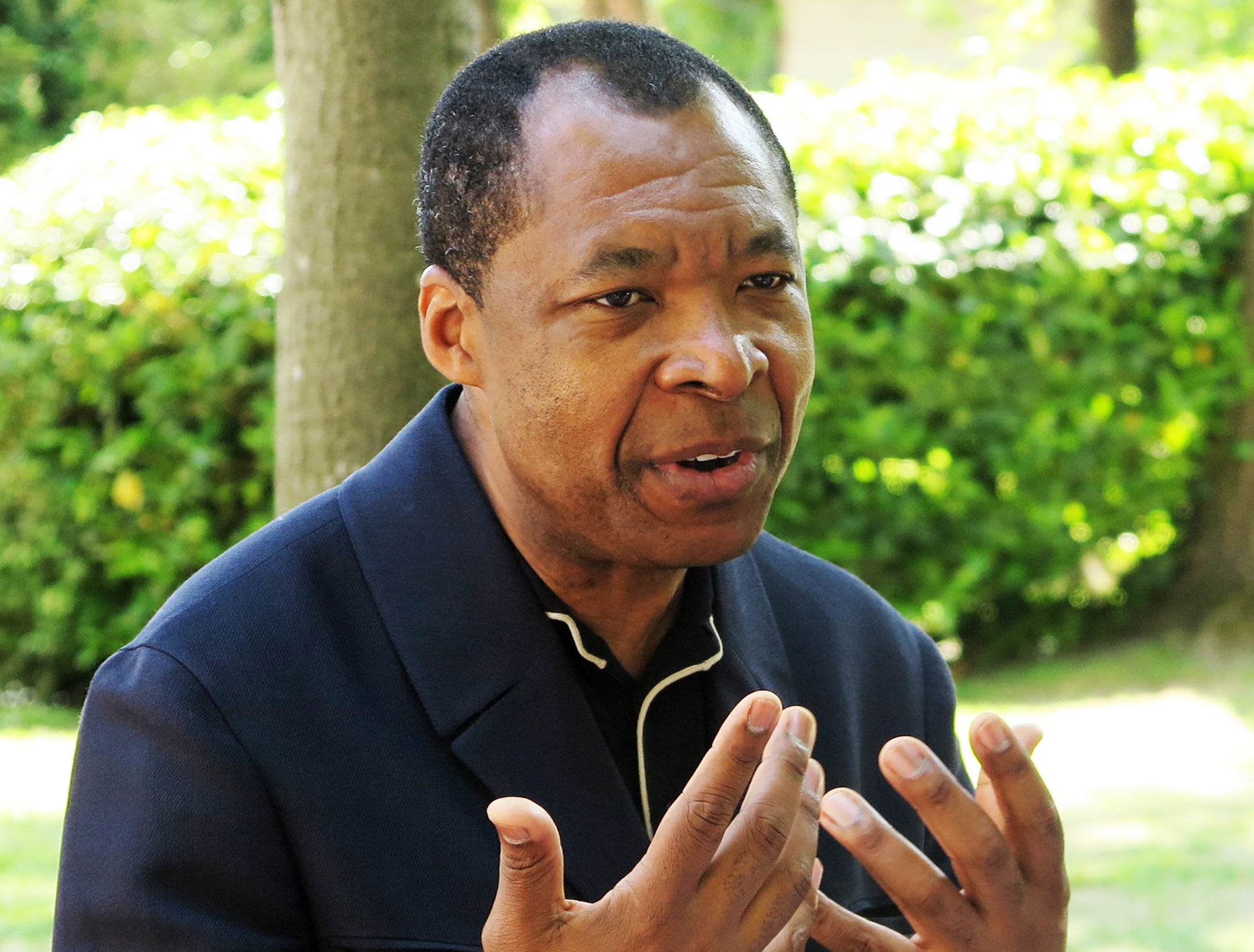 For almost three decades Okwui Enwezor was one of the most influential and galvanizing figures in the field of contemporary art and culture with globally recognized and unassailable achievements as a curator, critic, publisher, historian, writer, essayist, teacher, academic, poet, activist, and public speaker. Awarded with numerous prizes, professional and public recognition as the artistic director of some of the most lauded and historically recognized global exhibitions, his curatorial practice and academic work has challenged, transformed, and significantly shaped the global contemporary art landscape. An important notion of his work was being—and staying—what he called „un-affiliated“: abstaining from too close connection to institutions and organizations, defying over-administration and the bureaucratization of thought and action. This defence of independence as a precondition of thinking and acting is a courageous act of devotion to new ideas and forms.

In order to celebrate his achievements and continue his legacy of unaffiliated, uncompromising work for free thought and action, the Africa Multiple Cluster of Excellence, in conjunction with Iwalewahaus at the University of Bayreuth, has decided to launch an annual lecture in honour of Okwui Enwezor, in recognition of his outstanding achievements in the field of African and Global Arts and of his tireless work of making space for ideas.

“It is crucial that the format of lecture is not understood in a traditional sense practiced in the university, but rather as an invitation to think together,” explains Dr. Ulf Vierke, director of Iwalewahaus. Each year, an artist or scholar, either an individual or a collective, will be invited to present their fresh thoughts on matters of art, curation and politics in a lecture hosted by the Africa Multiple Cluster at one of its five locations (Bayreuth, Lagos, Moi, Ouagadougou, Rhodes). The lecture is designed to be accompanied by a series of activities and interventions that may include formal conversations, an exhibition, etc., and stretch over longer time periods.

Born in Calabar in Nigeria in 1963, Okwui Enwezor earned a bachelor of arts degree in political sciences at the New Jersey City University. Working as artistic director of the second edition of the Johannesburg Biennale in 1997 he gained first visibility. Going from there he went on to shape the field of African and Global Arts working in Seville, Spain and as adjunct curator at the International Center for Photography, New York. Further positions included Dean of Academic Affairs at the San Francisco Art Institute and Visiting Professor in art history at University of Pittsburgh; Columbia University, New York; University of Illinois, Urbana-Champaign; and University of Umea, Sweden. He was one of only two personalities to curate both the Venice Biennale (2005) and the Documenta in Kassel (2002). In 2011, he was appointed director of the Haus der Kunst in Munich, where he passed away on 15 March 2019. In February 2019, a few weeks before his premature demise, the Bayreuth International Graduate School of African Studies had decided to confer an honorary doctorate to Okwui Enwezor. The envisioned date of the conferral, May 24, 2019, turned out to be the day of his funeral in his Nigerian hometown in south-eastern Nigeria. “Since the honorary doctorate did not come to pass, it is only befitting for the Africa Multiple Cluster of Excellence to honour this trailblazer for African Arts by dedicating a lecture series to his memory,” Prof. Dr. Rüdiger Seesemann, dean of the Africa Multiple Cluster of Excellence, points out. The details of the inaugural lecture will be published soon. (sg)