On the 21st February 2021, the International Mother Language Day is celebrated globally. Dr. Oumarou Boukari, Assistant Professor of Romance and General Linguistics at University of Bayreuth and member of the Cluster’s Research Section “Moralities” reflects on the background of this day and its value for today’s multilingual societies.

by Dr. Oumarou Boukari, Member of the Research Section "Moralities" 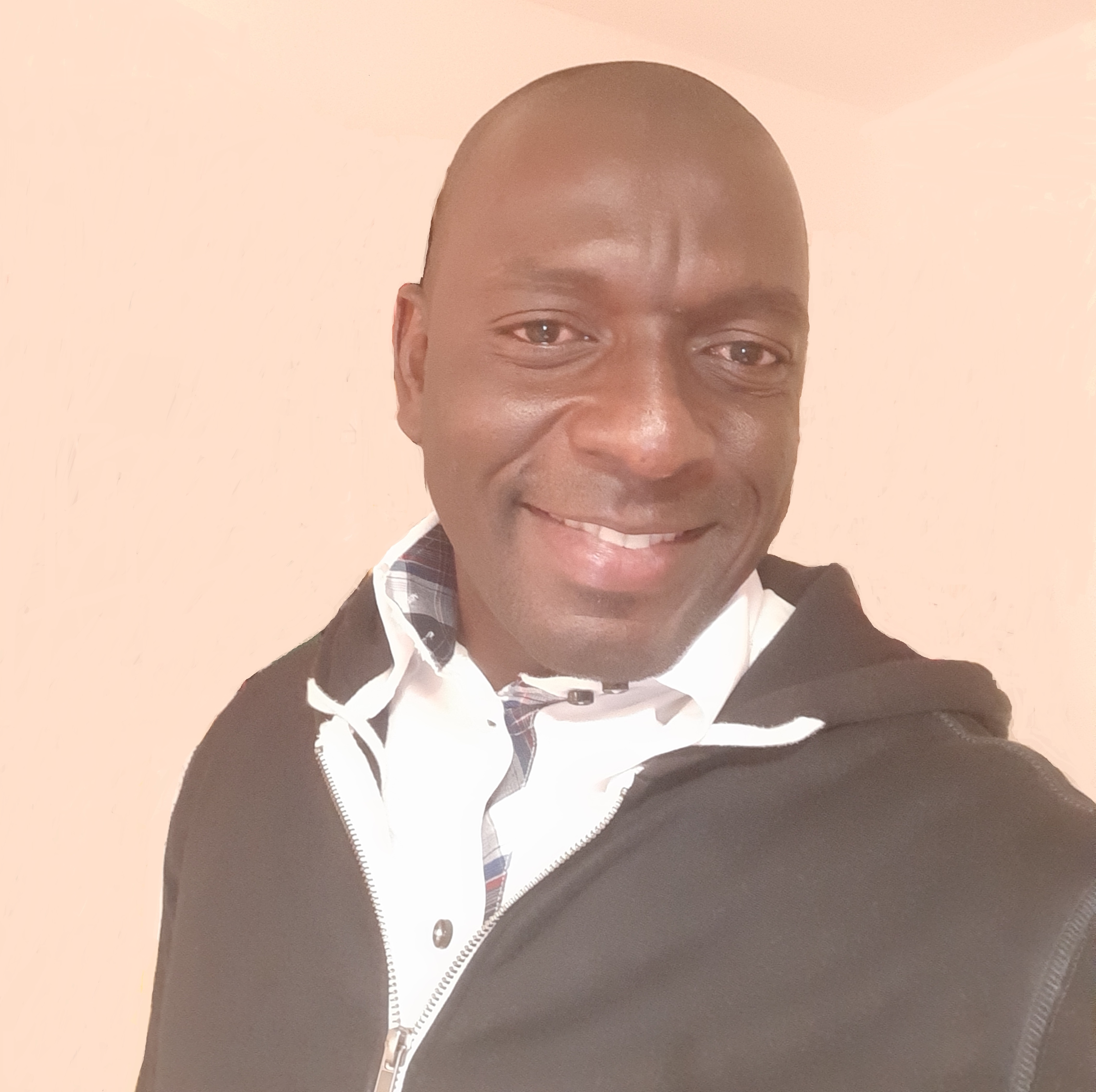 For about twenty years now, every 21st February, the international community has celebrated International Mother Language Day. A few days before the celebration of the 21st edition, beyond the festive character, beautiful speeches and the political correctness, it seems important to me to share some brief reflections on this event. International Mother Language Day provides me as a linguist, Ivorian with a Nigerian background, working in Germany in an international project within the cluster Africa Multiple, with the opportunity to consider in a somewhat critical way some of the questions it raises as well as some practices observed in a university context. But before I do so, I will first recall the origins of this celebration in order to better understand the issues raised here. Next, I will underline the nobility of the cause defended.

Born out of the painful history of a relatively tiny country

21 February is chosen to celebrate International Mother Language Day because of the tragic events that took place in Bangladesh on that day in 1952. For the record, in late 1940ies, India was split into two states between Hindus and Muslims. In 1947 the Muslim part was merged with then West Pakistan (now Pakistan) to become East Pakistan (present-day Bangladesh). At the time of annexation, the population of the eastern part was almost twice as large as that of the western part. The West Pakistanis spoke mainly Urdu, while the population of so-called East Pakistan spoke mainly Bengali or Bangla. The two languages are totally different in many ways. The then government of Pakistan, which was predominantly Urdu, decided to impose its language as the only official language of the newly formed country. As a result, the use of Bengali was excluded from administration, media, schools and other institutions. This led to widespread protests, known as the Bengali Language Movement. It emerged under the leadership of student associations. Despite the protests, West Pakistan refuses to recognise Bengali, even though it was the language spoken by the majority of the country’s inhabitants.

On 21 February 1952, in Dhaka (the present capital of Bangladesh but then a city in Pakistan), some of the Bengali students who were demonstrating for the recognition of their mother language were killed by the police. The disregard for their demands, materialised and endorsed by this violent repression, were understood by Bengali speakers as part of a wider programme of cultural and ethnic assimilation. From then on, the Language Movement became the expression of a wider struggle for the right to self-determination that turned East Pakistan into the independent state of Bangladesh on 26 March 1971. It is easy to understand then that the initiative to celebrate an International Mother Language Day came from this Asian country tiny in comparison to some of its neighbours. Approved in 1999, this day has been observed throughout the world since 2000. The United Nations General Assembly has called on Member States and the Secretariat to encourage the preservation and defence of all languages spoken by people all over the world. Since language issues fall within UNESCO’s field of competence (education, science, culture, communication and information), this organization was designated to promote the celebration of this event with noble ambitions [1].

According to statistics from the Summer Institute of Linguistics (SIL), there are over 7,000 languages in the world. Asia is the continent with the greatest linguistic diversity. It is home to 32.3% of the world's languages. It is followed by Africa with 30.1%, then Oceania (18.5%), then America (14.9%) and finally Europe which has 4% of the world's languages. Unfortunately, according to the UN, it is also estimated that nearly 45% of the world's languages are in danger of disappearing. Some statistics of the same source even suggest that every fortnight, a language disappears along with a considerable part of its cultural and intellectual heritage. Indeed, these are collective memories and unique ways of thinking that are disappearing in this way. Consequently, it is cultural diversity, which makes up the richness of humanity, that is disappearing at the same time. But the mother language is much more than only a cultural right. It is closely associated with identity and personality. Its practice, with the socio-cultural nuances it communicates, it allows us to better perceive others and therefore to understand them. In this way, promoting mother language means promoting the acceptance of the other and opening up perspectives for cooperation in a kind of intercultural dialogue.

Furthermore, studies have sufficiently shown how important it is for the learner to receive basic education in his or her mother language. Its mastery is a prerequisite for good learning. For example, it guarantees the process of acquiring basic skills such as reading, writing and arithmetic.  However, it is estimated that more than 40% of the world's inhabitants do not have access to education in a language they speak or understand. It is therefore a more than noble ambition to celebrate International Mother Language Day every year. It presents itself as a unique opportunity to recall the importance of multilingualism in an increasingly globalising world. Indeed, in addition to drawing attention to language issues or mobilising resources to support the implementation of strategies and policies in favour of linguistic diversity in the world, this day is also a call for tolerance, an awareness of the recognition and acceptance of others, their culture and way of thinking expressed through their language. This shows how important the celebration of International Mother Language Day is. But there are problems and they deserve to be raised here. 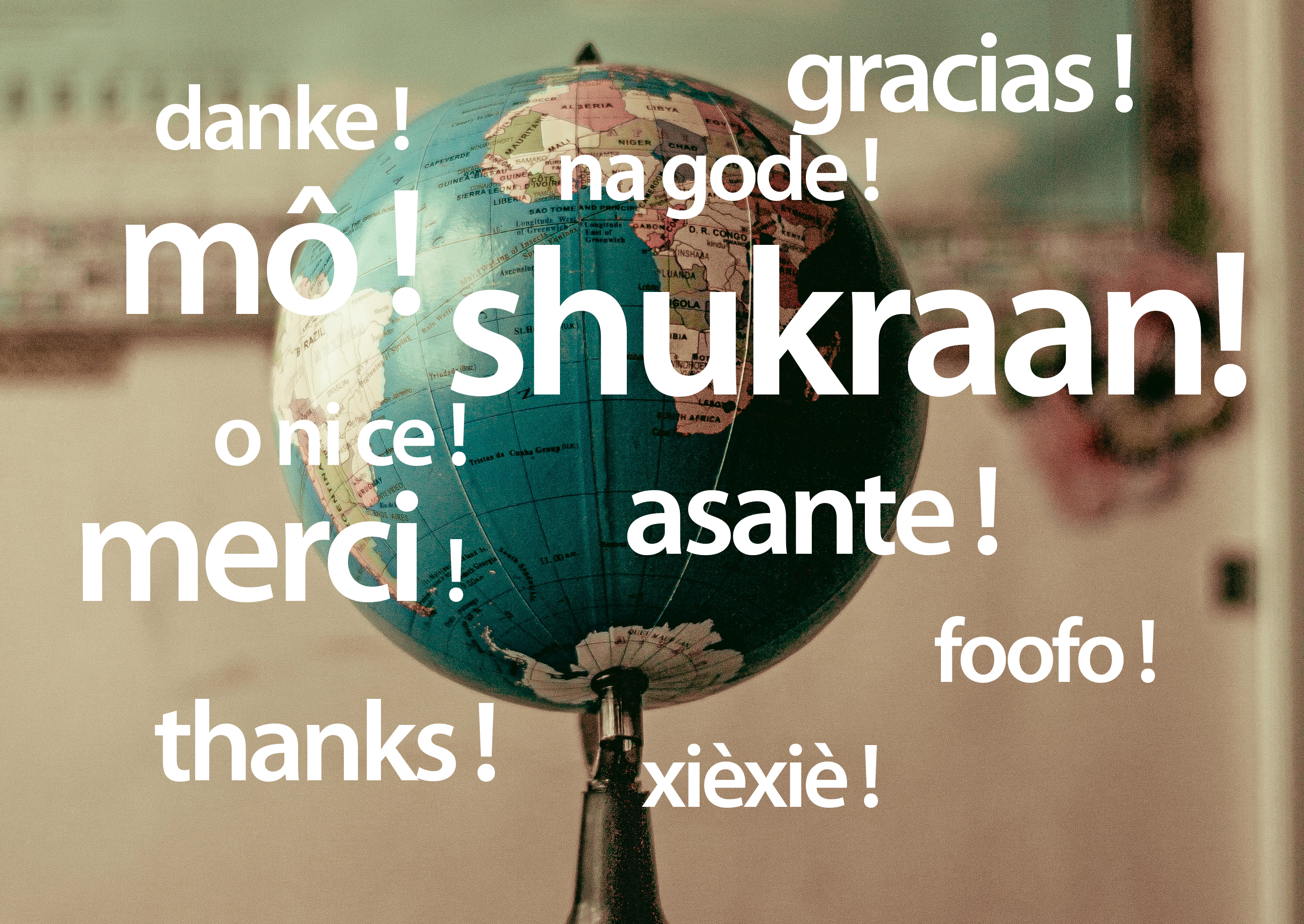 First of all, the singular “… Mother Language …” or the definite article “… Tag der Muttersprache …”, “… de la Langue Maternelle …” (in the case of German and French) used in the designation of the day is problematic. We talk about an International Mother Language Day, as if it were impossible to have more than one. While the uniqueness of the mother language seems more or less to be the norm in the Global North, this is not the case in the Global South where, because of multilingualism, almost generalised plurilingualism, mixed marriages, multi-lingual contexts, mobility, the daily lifestyles of populations and the predominance of certain vehicular and/or cross-border languages, it is not uncommon for an individual to have several so-called mother languages. Moreover, the use of singular or definite article even seems to me to contradict the idea of multilingualism and linguistic diversity advocated by the celebration of International Mother Language Day. By choosing to say “mother language” instead of “mother languages” (which would have made it possible to emphasise multiplicity at the outset), it is as if monolingualism is implicitly promoted at the expense of multilingualism.

What is your “mother” language?

Moreover, the very notion of mother language is problematic. Indeed, linguists are constantly drawing attention to the fact that it is outdated and also a source of confusion. In fact, this denomination is no longer adapted to societal changes and their new configurations. With the collapse of traditional systems of division of labour, the woman through her status as mother is no longer necessarily the one who gives the child her first language learned. This is the reason why linguists prefer simply to call it first language which can be followed by a second, third, fourth etc. In a recent study conducted by Professor Martina Drescher and myself on the language practices of former and new doctoral students of BIGSAS (Bayreuth International Graduate School of African Studies) [2], it emerged that for some Junior Fellows and alumni their first and sometimes only spoken African language may be a language other than that of their parents. Consequently, if only for questions of gender equality, it would be good if the international community would at least pretend to take into account the recommendations of linguists, who have always been concerned about the major issues of multilingualism.

Looking at language politics on the African continent, the hypocrisy of the declared celebration of “the mother language” becomes even more obvious.  Otherwise, how else can we explain, for example, that the majority of so called “francophone” African countries have French as their sole official language; and strangely almost all of them in the same article of the first constitutions, in particular in the first articles as it is the case in France? Just to illustrate this fact, let us consider the examples of Côte d'Ivoire and France. Article 2 of the French Constitution states the following: The language of the republic is French. Article 1 of the 1960 Ivorian constitution states the same: The official language of the republic is French. And since then, even if the numbering has changed, the text has remained almost the same The mention of local (national) languages is indeed added but only with a vague indication that they should be promoted without specifying any modalities. At the same time, however, cooperation aids to these countries are made conditional on the ratification and application of certain international resolutions. If it is recognised that the effective promotion of mother languages is so important for cultural equality in the world (and indeed it is), why does the promotion and teaching of the so called “mother languages” not benefit from such loan or aid conditions?  Do the major powers really wish to adhere to this noble initiative proposed by an international body when we know that the promotion of monolingualism benefits above all the unidirectional export of their cultural goods and ring-fencing of knowledge production? Where is the multiplicity of voices, how can the voices like those of the Bangla-speaking students be amplified, as originally intended by the institutionalization of the “International Mother Language Day”?

What does the “International Mother Language Day” mean for the Cluster “Africa Multiple”?

Coming back to my positionality as a linguist, Ivorian with a Nigerian background, working in Germany, I don’t have definite answers, but reflecting on “International Mother Language Day” has invited a number of questions. On a smaller scale, how can we explain the fact that meetings within the Africa Multiple Cluster of Excellence in Germany should be held only in English? Why can't the Cluster have at least two or three international working languages? As in Dhaka in 1947 or in Soweto on 16 June 1976 when black students were killed because they were protesting against the introduction of Afrikaans as an official language of instruction in local schools, why should we be forced to use a language we do not necessarily master or feel comfortable with? Why not genuinely promote multilingualism in any international context as the best shared value? Why should we, for example, in our universities (temple du savoir par excellence, as we call it in French) all learn English without Anglophones feeling compelled to learn other languages? Is this not a way of promoting injustice and deepening inequalities? These are some of the questions I propose that we mediate on this International Mother Language Day, whose theme this year is indeed “Promoting Multilingualism for Inclusion in Education and Society”.

[1] Most of this information was collected from the official website of the UN, UNESCO or OIF.

[2] Some results of this study will be published probably next mount in OBST 98.