In accordance with its early career support strategy the Cluster of Excellence at the University of Bayreuth is in the process of establishing four Junior Research Groups. Dr. Serawit Debele and Dr. Cassandra Mark-Thiessen are two of the four new Junior Research Group leaders expected to be appointed.

Each of the Cluster’s JRGs will consist of three members: one postdoctoral scholar, as group leader, and two doctoral students, recruited and supervised by the postdoctoral group leader, to work on a joint project for a four-year funding period. At the end of the funding period they will be given the opportunity to attain tenured professor positions at the University of Bayreuth. The Cluster proposal stated that out of the four JRGs, two would come with a predefined denomination: Intersectionality and International Relations.

By the deadline of December 31, 2019, 39 applications had reached the Cluster of Excellence, each with a detailed project proposal. The selection committee comprised five members of the Cluster’s Management Board, a member of the University Board, and two external members. 15 applications were chosen for the long shortlist and went to external review. For each of the shortlisted candidates, the committee received two detailed evaluation reports. After the COVID-19 pandemic had delayed proceedings for a while, the committee eventually invited a total of eight candidates to campus in October 2020 and January 2021: four for the two JRGs with open denomination, two for Intersectionality, and two for International Relations. The final selection was made by the Cluster’s Academic Committee on the basis of the selection committee’s recommendations.

“We are very enthusiastic about finally setting up the Junior Research Groups”, explains Rüdiger Seesemann, spokesperson of the Cluster of Excellence. “They are the last building block of our Cluster and will add exciting new dimensions to our agenda of Reconfiguring African Studies.” Two of the newly selected JRG leaders are Dr. Serawit Debele and Dr. Cassandra Mark-Thiessen. 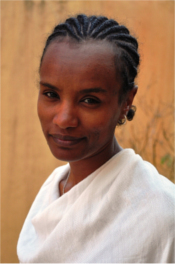 Dr. Serawit Debele “Sexualities, Political Orders and Revolutions in Africa: into the heart of Tunisia, Ethiopia and Sudan”

The JRG “Sexualities, Political Orders and Revolutions in Africa: into the heart of Tunisia, Ethiopia and Sudan” led by Dr. Serawit Debele will investigate histories and politics of sexuality in three African countries. The research aims to shed light on glocal and historical forms of unequal relations in Tunisia, Ethiopia, Sudan, which have all undergone political transformations in the last decade. In 2011, Tunisians took to the streets sparking social movements and protests in other parts of North Africa and the Middle East in what later became known as the “Arab Spring”. The Oromo Protests in Ethiopia (2014-16) led to a political transformation process in 2017/18, a development of great significance in shaping the course of events in the horn region of Africa. And in December 2018, Sudanese popular protests consequently led to the ousting of Omar al Bashir who had been in power for three decades. These political developments perceived as “moments of danger” disrupting the authoritarian grip on power can be viewed as “moments of hope” replete with possibilities for the oppressed to shake the roots of their longstanding subordination. With this in mind, this JRG project asks if and what possibilities these moments have created for sexual minorities and what we might learn about broader socio-political orders, histories and forms of inequalities in a rapidly globalizing world in which Africa has a complicated place.

Before joining the Cluster of Excellence as JRG leader, Dr. Serawit Debele worked at the Max-Planck-Institute for the Study of Religious and Ethnic Diversity in Munich, Germany, where she examined topics of religion and sexuality in Ethiopia. In her research, she generally focuses on historical and ethnographic approaches to trace the change and continuity of discourses on sexuality and how religious factors shape those discourses. Serawit received her MA in cultural studies from the Institute of Ethiopian Studies at Addis Ababa University and her PhD in religious studies from Bayreuth International Graduate School of African Studies, BIGSAS (Germany). 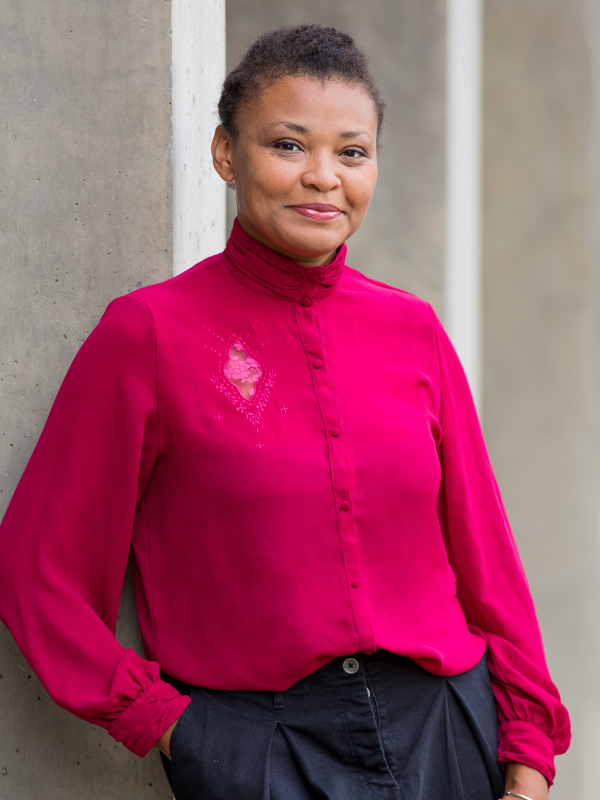 Dr. Cassandra Mark-Thiesen “African Knowledges and the History Publication since the 1970s"

The JRG led by Dr. Cassandra Mark-Thiesen will scrutinise the practices of African and Africa-based knowledge production in African Studies, in particular as recorded in the history publications of African publishers since the 1970s. While during the 1950s and 1960s scholars studying Africa were largely aligned to terms of having an optimistic view on the future of the continent, by the 1970s a noticeable desperation and disappointment had set in. The group’s work proposes that the post-1970 moment presents a particularly interesting time during which to study African and or Africa-based scholarship. The JRG will examine how economic decline and structural adjustment impacted inquiries and the narrative with the discipline of history. It analyses African knowledges in history publications in their plurality: as institutional, national and intergenerational. Hence, while taking on a challenge set by the current decolonising debate it also avoids the pitfalls of trying to capture them in an ahistorical and singular framework. A number of questions will be examined: Who does indeed produce African knowledge? How does the concept of African knowledge morph through space and time? And to what extent does it need to be rooted in nationality, corporeality and genealogy?

Leading up to her engagement at the Cluster of Excellence, Dr. Cassandra Mark-Thiesen was a lecturer of African History at the history department of the University of Basel. She spent 2016 to 2018 as a Marie-Heim Vögtlin Research Fellow (Swiss National Science Foundation).

Mark-Thiesen has researched the social and economic history of West Africa, especially Ghana and Liberia. Her first book took a global labor history approach to the history of the first mechanized gold mines in the Gold Coast Colony. Currently, she is working on an entangled history of state-sponsored agricultural research and practices in Liberia. She is also co-editing a volume on memory, commemoration and the politics of historical memory in Africa.

The remaining two JRG leaders will be announced shortly. (sg)