Remembering the victims of the transatlantic slave trade

Every year on 25 March, the “International Day of Remembrance of the Victims of Slavery and the Transatlantic Slave Trade” offers an opportunity to honour and remember those who suffered and died at the hands of the brutal slavery system. With the Remembrance Day in mind, Cluster members Gilbert Ndi Shang and Thierry Boudjekeu talk about the slave trade’s impact on Africa today and tell us about their Cluster project “Black Atlantic Revisited” – a project aiming to study how this tragic phase of human history is remembered and commemorated both in Africa and Latin America.

It is a mindboggling statistic: For over 400 years, more than 15 million men, women and children were the victims of the tragic transatlantic slave trade, making it one of the darkest chapters in human history. It was the largest forced migration in history, and undeniably one of the most inhumane. The extensive exodus of Africans spread to many areas of the world was unprecedented in the annals of recorded human history.

The greatest forced movement of Africans was to the Americas — with 96 per cent of the captives from the African coasts arriving on cramped slave ships at ports in South America and the Caribbean Islands. From 1501 to 1830, four Africans crossed the Atlantic for every one European, making the demographics of the Americas in that era more of an extension of the African diaspora than a European one. In commemoration of the memory of the victims, the General Assembly of UNESCO declared 25 March the International Day of Remembrance of the Victims of Slavery and the Transatlantic Slave Trade, to be observed annually.

Dr. Gilbert Shang Ndi and Thierry Boudjekeu currently work on the research project “Black Atlantic Revisited” – African and South American UNESCO World Heritage Sites and ‘Shadowed Spaces’ of Performative Memory”. They take the Remembrance Day to talk about their work on this project funded by the Africa Multiple Cluster of Excellence

In which ways has the slave-trade that ended almost 200 years ago impacted today’s African self-image? Do young people feel especially influenced by this part of African history or not at all? 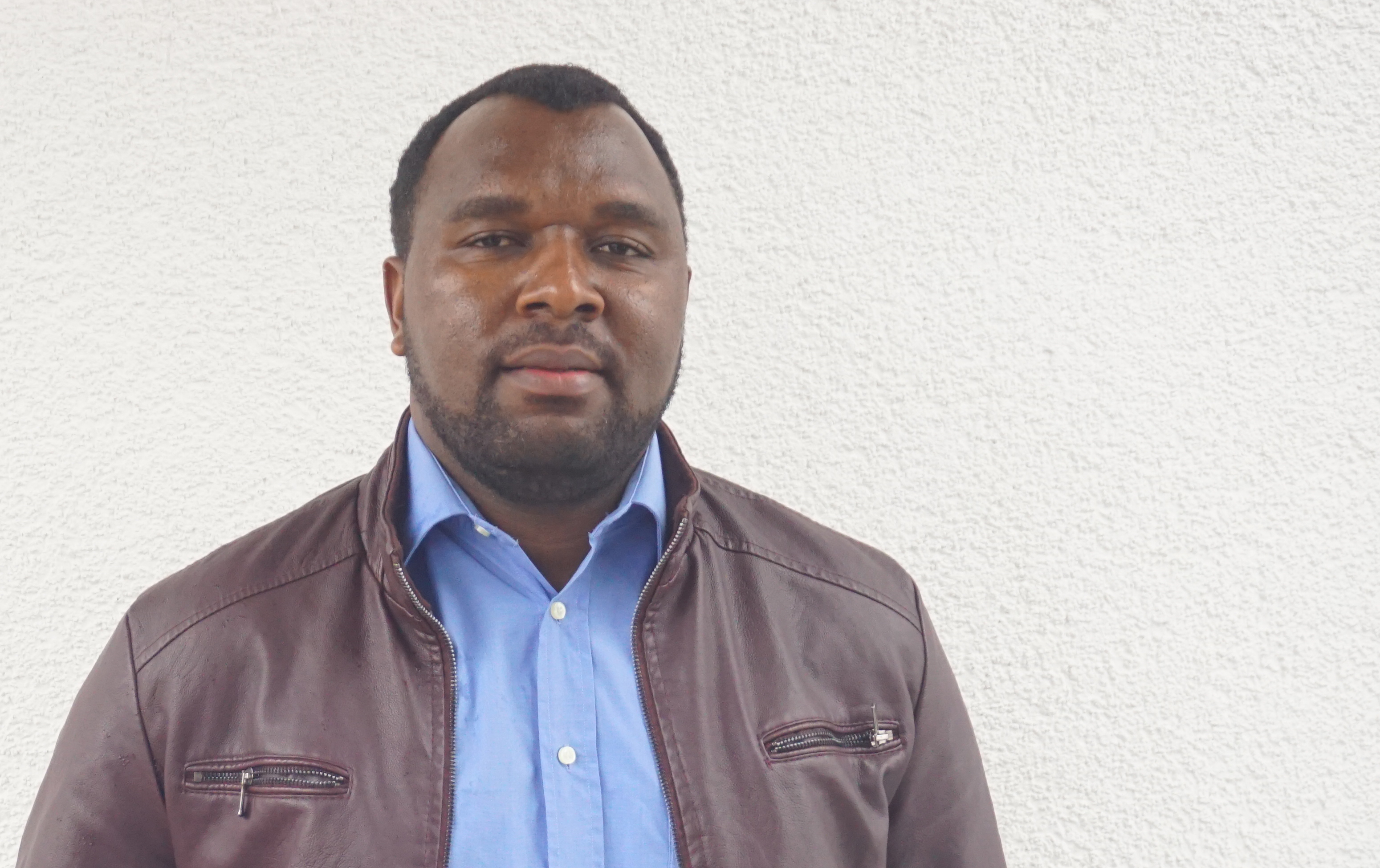 Gilbert Ndi Shang: The slave trade influenced African self-image considerably and continues to do so, close to two centuries after its abolition in several countries. It turned Africans into subjects that exist not for their own good, but as goods for others, the Europeans. In that way, it led to the fragmentation of the African personality. It must be said that most of those forced into the ships to be transported to the Americas were the most able-bodied and were bearers of knowledge systems who were reduced to expendable labour force in European plantations in the Americas/Caribbean. That harrowing experience demoralised and fragmented the African society. Thus, by the time the European powers engaged in another phase of subjugation and exploitation known as colonialism, many African societies were too dispirited to put up an enduring resistance.

Today, we talk of neo-colonialism, which can be considered another phase of slavery to an extent. As for the younger generation, they learn about the slave history in schools. But sometimes it is just a mere topic of exams like any other. The ample dimension of that phase of African history is better appreciated when one grows old enough and begins to understand the historicity of the current global economy.

How much is the history of the slave trade present in everyday Africa?
Thierry Boudjekeu: I would say the slave trade affected the entire continent in profoundly unfathomable ways. How visible its traces in present-day Africa are, depends very much on the communities to which we are referring. The nature of contemporary relationships amongst certain communities and peoples can be traced to their relational conduct during the slave trade era, especially ethnic groups closer to the coast that played very ambiguous roles (from aggression, antagonism, complicity) with regard to the European slavers and the peoples in the hinterlands. In addition, several forms of slavery still prevail in various parts of the continent and sadly remind us of the human tragedy that happened a few centuries ago and from which we have failed to learn.

In a world that today is simply inconceivable without the influence of the African diaspora in the Americas especially, why is it important to remember the slave trade and its victims?

Gilbert Ndi Shang: Well, every society needs to study its past and to know where and when "the rain started beating us", as Chinua Achebe says. It is also important to know that past in order to evaluate what made African societies collapse in the face of European invasion but also what accounted for their survival and resilience, especially when it comes to the African diasporas in the Americas. For the Africans in America, the history runs in their blood and knowing that history is of existential importance, for the stigma of slavery may have subsided but identity relations amongst races in the Americas are still defined by the aftermath of that obnoxious reality. To reconceive human relations, we must have knowledge of what dehumanised the African self, and even more so, the European self. In another dimension, cultural phenomena have emerged from that history, including musical forms – salsa, jazz, tango, calypso. These and other cultural practices developed as cathartic responses to the constraints of plantation life but have now enriched global musical cultures. Still, we should not forget that the Afrodescendants' contribution in the Americas is first and foremost economic and political.

In your current research project “Black Atlantic Revisited” you scrutinize in which ways certain UNESCO World Heritage Sites implement the memory of slavery. What made you investigate this topic? 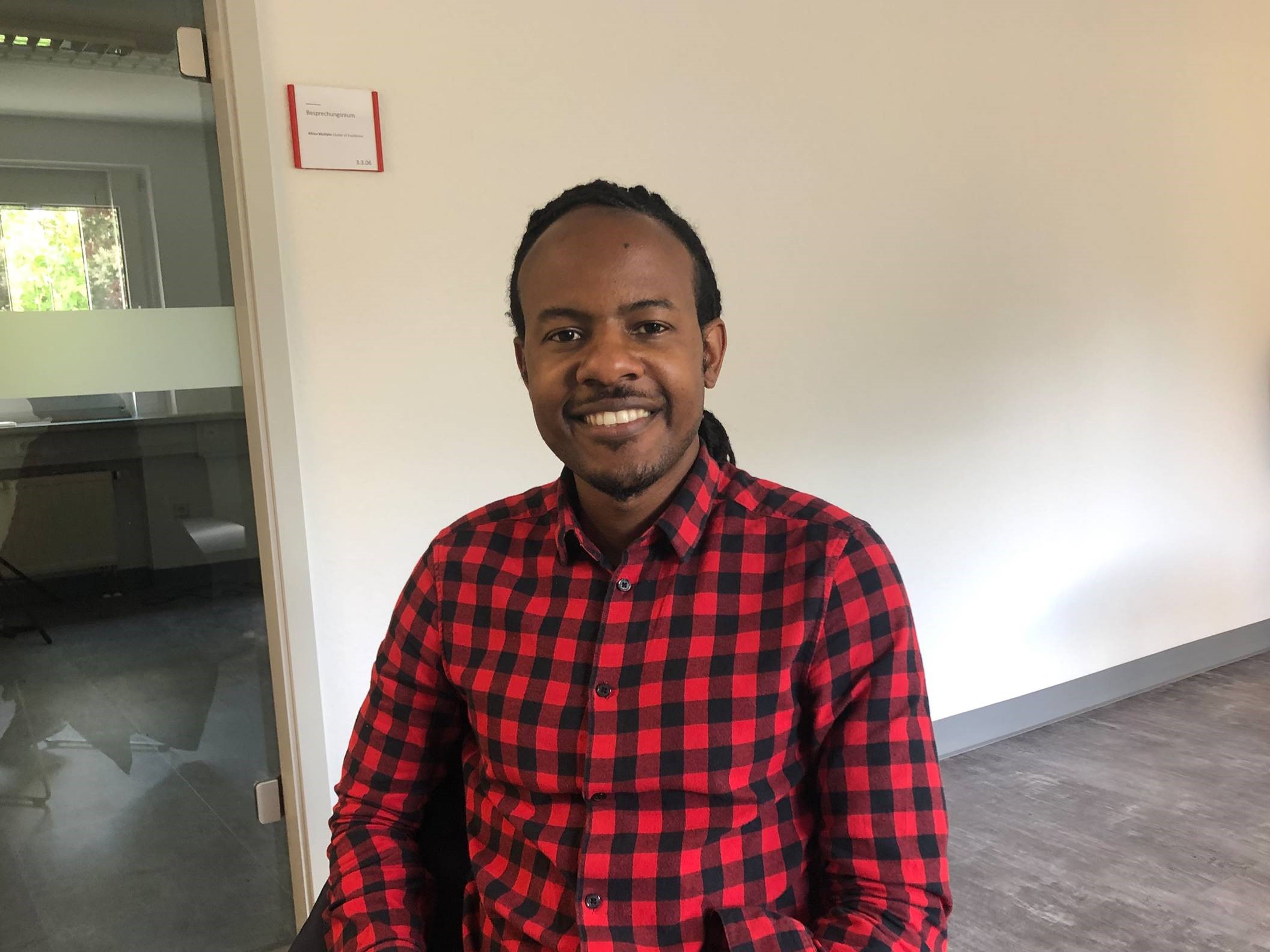 Thierry Boudjekeu: Our motivation was to study ways in which such a momentous and tragic phase of human history is remembered and commemorated both in Africa (Ouidah-Benin and Gorée-Senegal) and Latin America (Cartagena-Colombia and Salvador-Brazil). In another dimension, we needed to inquire if literature and other art forms from both continents that address that history speak the same language or are on the same page. The plurality of sometimes contradictory narratives triggered by the UNESCO World Heritage sites motivated us to explore the shadowed and overshadowed spaces of the transatlantic slave trade memory that may not always be in sync with the officially recognized sites.

What are your findings so far?

Gilbert Ndi Shang: So far, due to the Corona pandemic we have only engaged in limited field research (which was meant to be a major aspect of our research) and rather focused on written texts. Through poetry, novels and arts, African and Afrodescendant creative authors give body to the suffering, the agony, the abjection that characterised slave conditions and enable us to visualise and deepen our understanding of the complex dynamics at the time. These creative texts resist an objectification of the enslaved subject, which often happens when history is remembered mainly in official discourses or is archived only in official spaces which most often follow the logic of Western neoliberal economy of which the slave trade is a founding phase. In another dimension, the texts that talk about slavery do not narrate the phenomenon simply as an event that happened in the past, but which survives in many forms both in Africa and the Americas through what some scholars such as Walter Mignolo and Anibal Quijano refer to as the coloniality of being and the coloniality of power.

Can any site or monument do justice to the atrocities that were committed during the 400 years of slave trade?

Thierry Boudjekeu: A site of memory is a symbolic gesture to the past and that gesture in itself is only as meaningful as the practices that it encapsulates as well as the meanings ascribed to them. The site/monument must capture the victims' voices symbolically and grant them subjectivity, corporality and humanity as against the dehumanising history that led us here. A pertinent site of memory is, however, not only tilted towards the past: it is a testimony of a past event as well as a pointer to the future, to envision a different kind of human relationship. In that sense, it is also utopic.