The spring school on the topic of “Popular Culture and Arts in Africa” took place at the end of March. The five-day programme is part of the project “Recalibrating Afrikanistik” which aims to critically examine the history of African Studies and hopes to prepare the discipline for the future.

By Brady Blackburn, doctorate at University of Bayreuth

Recalibrating Afrikanistik (RecAf for short), funded by the Volkswagen Foundation, is a joint project of the University of Leipzig (Prof. Dr. Rose Marie Beck), the University of Cologne (Prof. Dr. Anne Storch), the University of Bayreuth (Prof. Dr. Clarissa Vierke), together with colleagues from the University of Wukari (Nigeria), the University of Stellenbosch (South Africa), and Moi University (Kenya). Its aim is to critically revisit the past and plan the future of the study of African languages and literatures. One of its main ways to think about the future is to provide students and junior scholars from all six universities with support and platforms of critical exchange and discussion: fellowships, grant application write-up workshops, seasonal schools in Africa and Germany are key. Because of corona restrictions, an online reading group and a vodcast series now supplement these offerings.

Covid restrictions also meant that instead of hosting the spring school on popular culture — planned to take place in Bayreuth in April 2021 — in person, we opted for a virtual spring school. Knowing how tiring online meetings can be, we pared down the 5-day program on African Popular Culture & Arts from 6 hours of sessions per day to 2 hours. Participants would be given a collection of materials to engage with the day beforehand — readings, videos, podcasts, image galleries, etc. — and then come to the daily 2-hour session for a hearty discussion lead by an individual or team from a different university. Additionally, they would do asynchronous learning by posting comments and questions on the Teams channels and meet up for optional video chats over tea in the evenings. 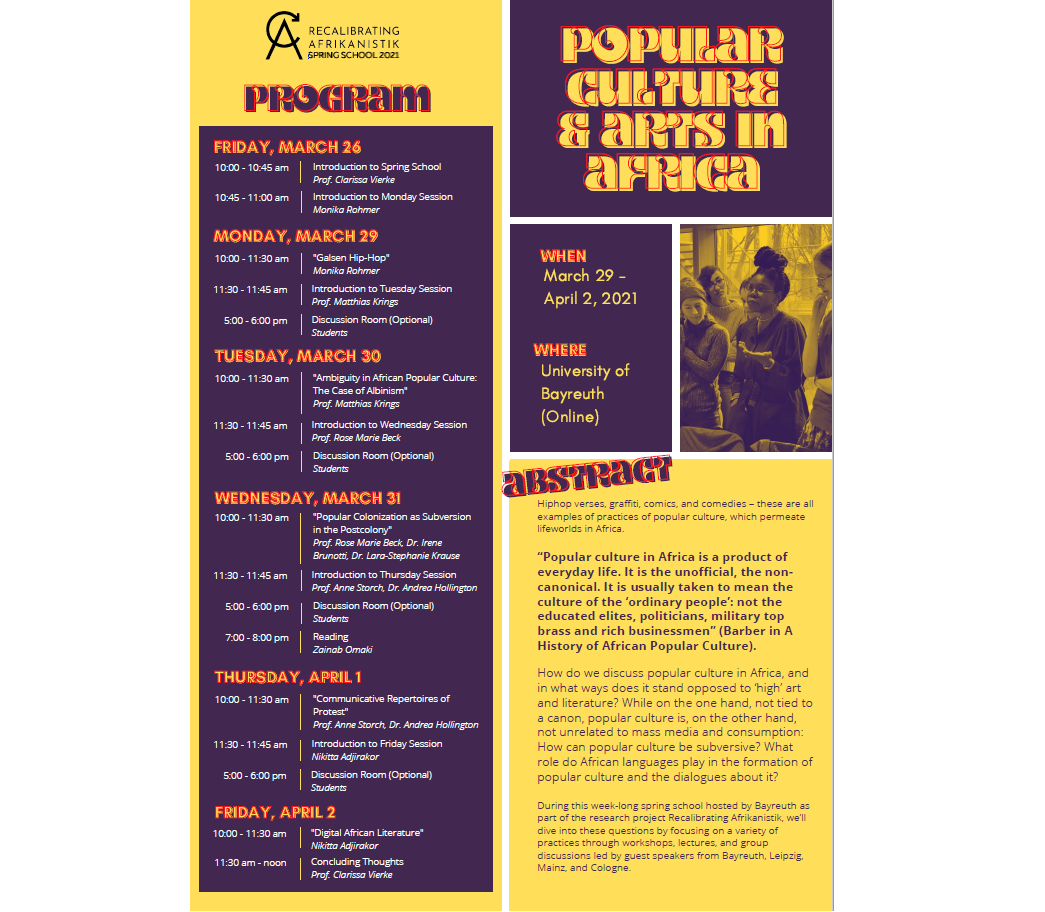 Figure 1: The program for the online spring school in all its groovy glory

Things kicked off on Friday, March 26th with an introductory meeting led by Clarissa Vierke of the University of Bayreuth, welcoming everyone and explaining how this unique format would work. Then Monika Rohmer, also from Uni Bayreuth, introduced the topic for Monday: Galsen hip-hop from Senegal. We spent the weekend to listen to Senegalese hip-hop tracks and read the translations of the lyrics. 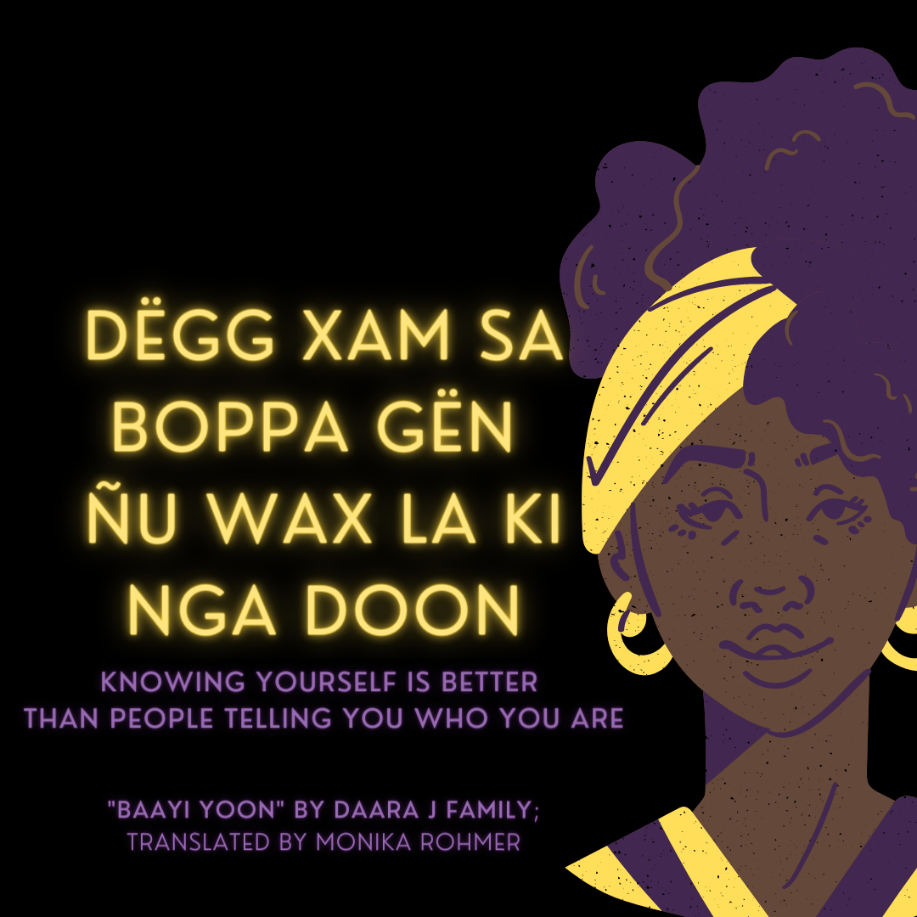 Figure 2: Lyrics from one of the Senegalese songs presented by Monika Rohmer and made into a meme by Kaitlyn Blackburn

Over the weekend, Monika kickstarted the conversation on her Teams channel by asking questions like: “What is hip hop to you? What are your first associations when reading the term?”, “Share your thoughts about the interconnection of rap music and political protests. What makes it a tool to voice criticism?”, and “How well are female artists represented in your personal playlist?”, to which people typed out thought-provoking and diverse replies. By the time Monday rolled around, the conversation continued face-to-face, though people were somewhat reticent to speak up (probably because the format was still new, strange, and undefined). Then Matthias Krings from Johannes Gutenberg University Mainz took the floor and introduced the topic for the next day: “Ambiguity in African Popular Culture: The Case of Albinism”.

During the next 22 hours, we watched documentaries, checked out music videos, read articles, and viewed photography projects about albinism in Africa, which shocked and challenged many of us. Matthias then harnessed that momentum in the next meeting, calling the conception of African popular culture into question. Is it really as light-hearted as we had assumed? Probably not… Next, Rose Marie Beck, Irene Brunotti, and Lara-Stephanie Krause from the University of Leipzig introduced their topic: “Popular Colonization as Subversion in the Postcolony”. 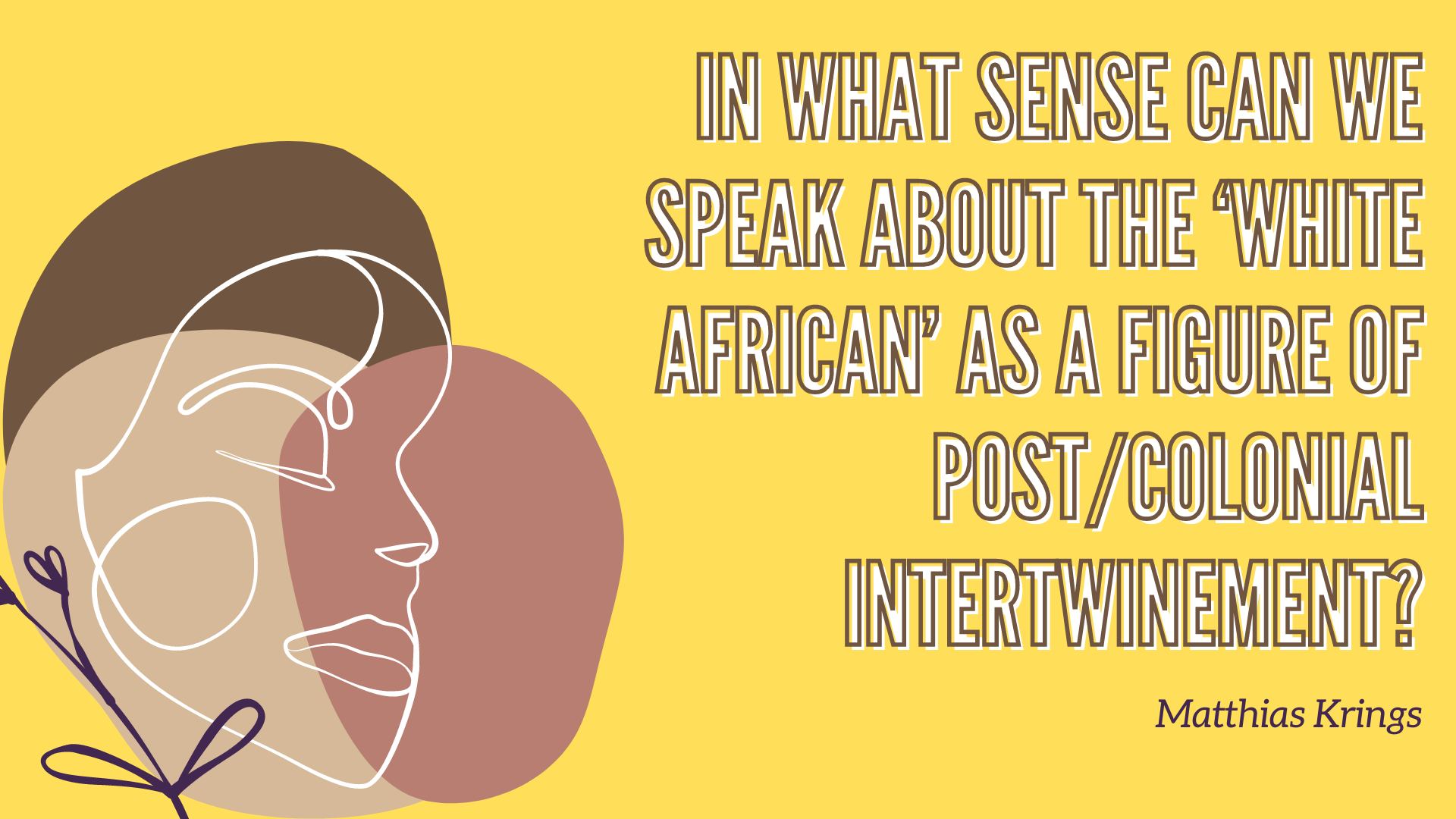 Figure 3: A question posed by Prof. Matthias Krings and made into a meme by Kaitlyn Blackburn

We then dove into the rich and provocative text by Achille Mbembe “Provisional Notes on the Postcolony”, a documentary on the so-called “Congo Dandies”, a music video called “Young van Riebeek”, Swahili comics pages, and cartoons by the Kenyan artist Gado. The Leipzig team asked everyone to plot where they thought these examples of popular culture fit between subversion/collusion and popular art/high art. They posed questions on the channel like “What do you see as 'subversive' in the context of popular culture?” And everyone came to the session with plenty to talk about. We had to stop the discussion at a certain point so that Anne Storch and Andrea Hollington from the University of Cologne could introduce their topic, “Communicative Repertoires of Protest”, by each reciting a poem they had written—one in English and one in German.

That evening, we were treated to a reading by the Nigerian author Zainab A. Omaki, who read sections from her upcoming book Nigeria Boy about a young Nigerian man who migrates to Ghana and joins a boxing gym in Bukom. This led to fascinating conversations between the author and the audience, who came from all over the globe for the one-hour event.

When we weren’t listening to Zainab’s reading, we spent the afternoon and evening listening to podcasts on Creole studies and linguistic field research, looking at images of protest could be described as linguistic landscaping (graffiti, signs, stickers, etc.), and coming up with our own songs of protest to post on the Teams channel. The next day, we watched as Anne Storch and Andrea Hollington passed the camera back and forth to present different angles of both Anne’s office and communicative protest, complete with cardboard “slides” they held up for the camera. When we weren’t actively engaging with our microphones on, we were writing 39 comments in the chatbox to offer our thoughts on how protest is voiced and how it ties in with Mbembe, albinism, and Senegalese hip-hop. It seemed like the discussions were going longer and longer and we again had to cut it off in order for Nikitta Adjirakor from the University of Bayreuth to introduce her topic: “Digital African Literature”. 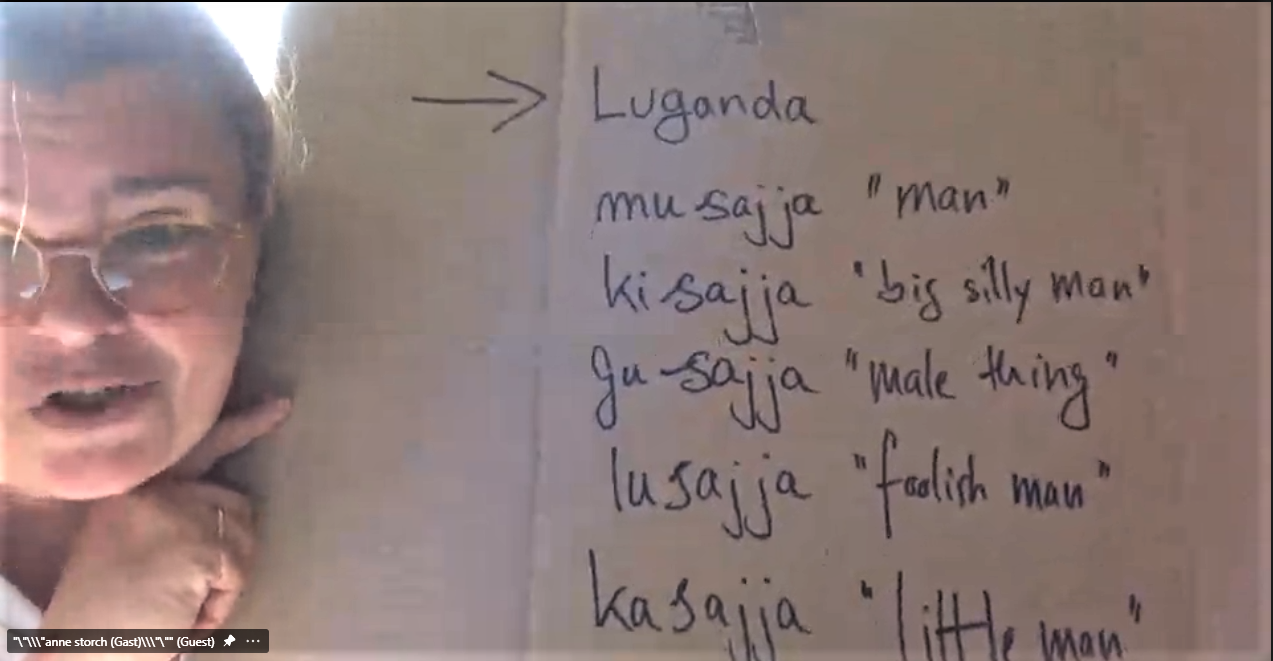 Figure 4: Anne Storch with one of her cardboard slides

For our final evening in the spring school, we read articles on African literature in the digital space, how big it is, and where its limits might be. We also watched spoken-word poetry on YouTube and explored websites offering African literature in one form or another. Nikitta Adjirakor was our tour guide, but we all constructed the views in the most heated discussion yet as we discussed the ramifications of a digital industry for literature and the epistemology it suggested. Eventually, Clarissa Vierke had to bring the whole thing to a close with some concluding remarks on the whole week-long journey we had been on together. 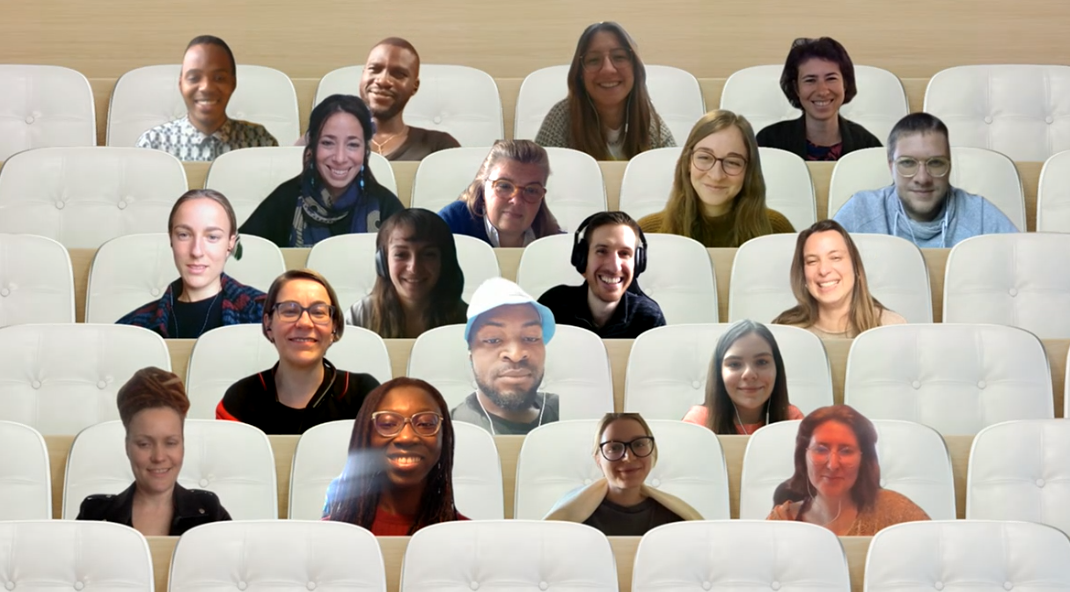 Figure 5: One of the group screenshots on Microsoft Teams, which has a fun feature called “Together Mode”.