The Cluster’s latest Junior Research Group led by Dr. Kai Koddenbrock looks into the political dimension in the chain of monetary and financial dependencies in West Africa. The JRG will start its work in the summer 2021.

After the appointment of Dr. Serawit Debele, Dr. Cassandra Mark-Thiessen and Dr. Joschka Philipps as heads of the first three JRG, Dr. Kai Koddenbrock is currently putting together the team for his research group titled “The political economy of monetary and economic sovereignty in West Africa compared”. The project will investigate in a historical and comparative perspective how West African societies have attempted to increase their political and economic sovereignty with a particular focus on the interaction between governments, finance and labour.

West Africa is increasingly integrated into global financial markets and the flows of money and debt. Lavish Chinese credit, IMF loans and billions worth of government bonds have diversified the region’s sources of funding and of financial dependency. Yet, this integration is ambivalent and builds on longstanding colonial legacies of monetary and financial subordination, recurrent debt crises, extroverted and oligopolistic domestic banking systems and national elites stabilizing these arrangements. These interlinked phenomena constitute what the project calls the ‘chain of monetary and financial dependency’, which impacts on governmental ‘policy space’, a notion the project seeks to specify and enrich during the research project. The project asks: Have West African governments become more able to pursue the monetary and financial policies they have wanted to pursue? In short, have they been able to increase their policy space? To answer these questions, we focus first on identifying colonial path dependencies since 1884. In a second step we focus on the contemporary period, with a starting in 2004. Case study countries are two of the economically dominant countries in the region, both former trading colonies, which differ in terms of French or British colonial legacy and currency regime: Senegal and Ghana (This is change from the JRG application phase a year ago because I have started working on these case studies in the meantime). Senegal is member of post-colonial Franc CFA currency union designed by France in 1945, which is pegged to the Euro. Ghana has had its own currency since the mid-1960s. The project’s team of three will make a contribution to the study of hierarchies in International Relations generally and to monetary and financial subordination in International Political Economy and contribute to debates on the future of the post-Bretton Woods monetary and financial order. The project hopes to break new ground with its historical and qualitative field research and its choice of West African case study countries that rarely get attention in IPE in order to foster post- and decolonial perspectives in IPE and IR. 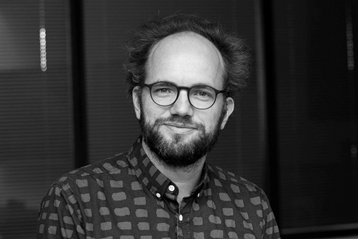 Dr. habil Kai Koddenbrock was senior researcher in International Relations and International Political Economy at the Institute of Political Science of Goethe-University Frankfurt. He convenes the international DFG-network on the Politics of Money and is one of the speakers of the International Relations section of the German Political Science Association (DVPW). He is currently working on a monograph with Ndongo Samba Sylla and Ingrid Kvangraven on ‘African states in world markets:  The longue durée of banking and self-determination until the 21st century’ and edits a collective volume on ‘Monetary and Economic Sovereignty in 21st century Africa’. In an earlier monograph he analyzed ‘The practice of humanitarian intervention’ in the DR Congo.