In mid-November, the Africa Multiple Cluster of Excellence invited Mozambican photographer Sérgio Santimano to to show a portion of his work in Bayreuth. The exhibition, titled "Goa/Mozambique – Crossed Glances", was curated by Ute Fendler and kicked off a series of events organized by the Cluster of Excellence on the theme of the Indian Ocean. 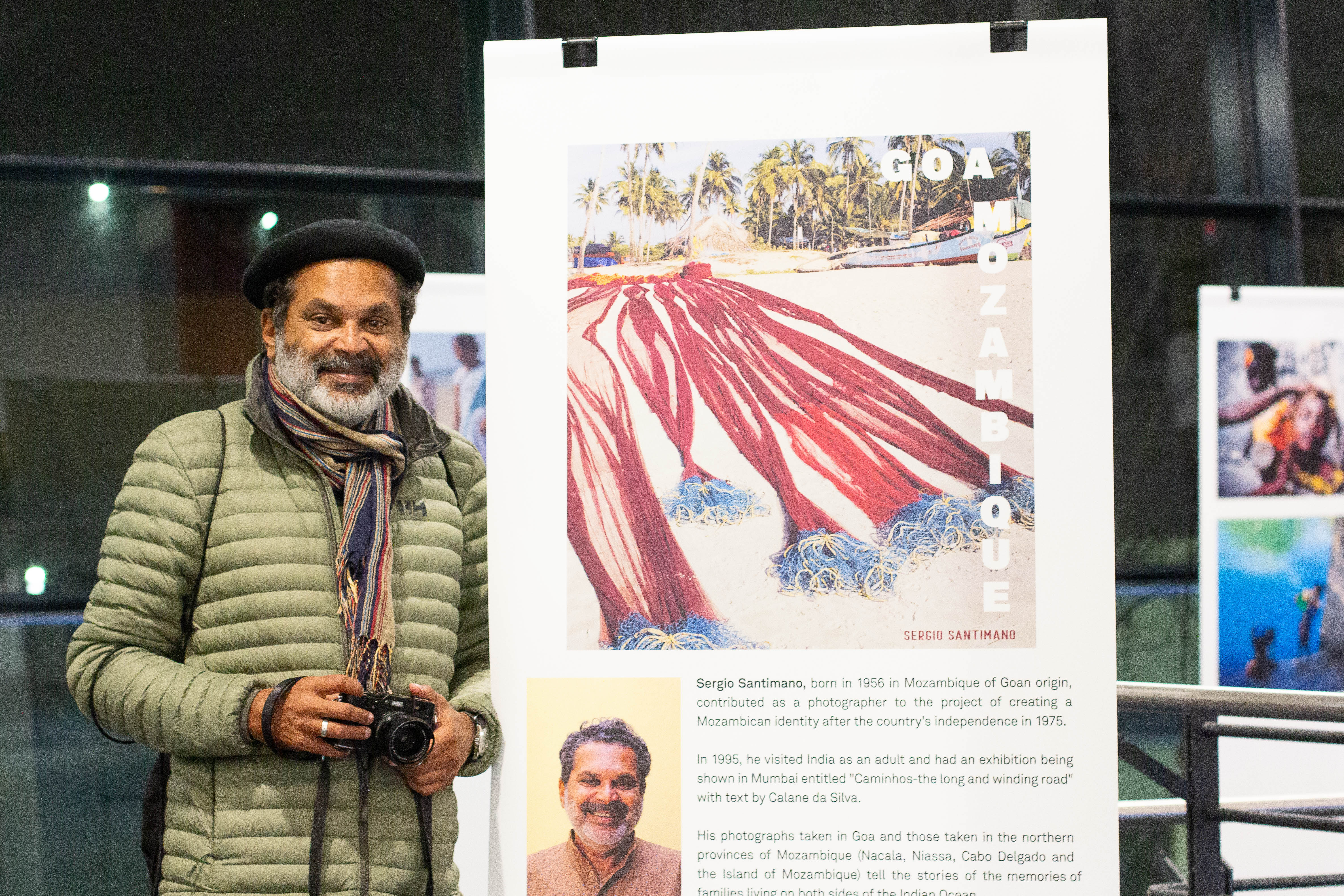 Mozambique's history bears witness to the connections between the East African coast, Arabia and India. Due to the Portuguese colonial history, there are very strong links between Goa (India) and Mozambique with constant migrations between the two colonies. Within this large contact zone, identities developed as continuous processes of dynamic encounters.

Photographer Sérgio Santimano's works are an expression of this encounter, showing glimpses of worlds separated by an ocean and people who are strongly connected. Santimano's photographs taken in Goa and in the northern provinces of Mozambique (Nacala, Niassa, Cabo Delgado and the Island of Mozambique) recount the memories of families living on both sides of the Indian Ocean.

In November 2021, the Mozambican artist was invited by Prof. Dr. Ute Fendler, the Cluster's Vice-Dean of Internationalisationa and Public Engagement to present his work in Bayreuth for the first time. The exhibition entitled "Goa/Mozambique – Olhares Cruzados" (EN: Crossing Glances) curated by Ute Fendler and consisting of 14 photographs was first presented at Bayreuth's movie theater Cineplex. Creating the presentation as a "pop-up showroom" at the newly renovated movie theater perfectly set the mood for the Cluster's film festival "Cinema Africa" that was focusing on the same topic.

"Showcasing Sérgio Santimano's work in the foyer of the movie theatre harmoniously fit in with the Cluster's series of events on the Indian Ocean", explains Ute Fendler. "We were very happy that we had the opportunity to present the work of this exceptional artist to a wider public and that we were able to welcome Sérgio Santimano for the opening event."

To draw attention to the exhibition as well as to the series of events that was taking place during that time, Professor Fendler organised four big billboards with images from the exhibition that were strategically chosen throughout the city of Bayreuth. "Due to their size, the billboards impressively showed the unique and remarkable expressiveness of Sérgio Santimano's work," Fendler points out.

The exhibition was on display at Cineplex Bayreuth until 21.11.2021, before it moved to the exhibition rooms of the Central Library of the University of Bayreuth. There, the exhibition can be visited until 31.01.2022. During the same time frame,  projections in the windows of Iwalewahaus Bayreuth flank the presentation. 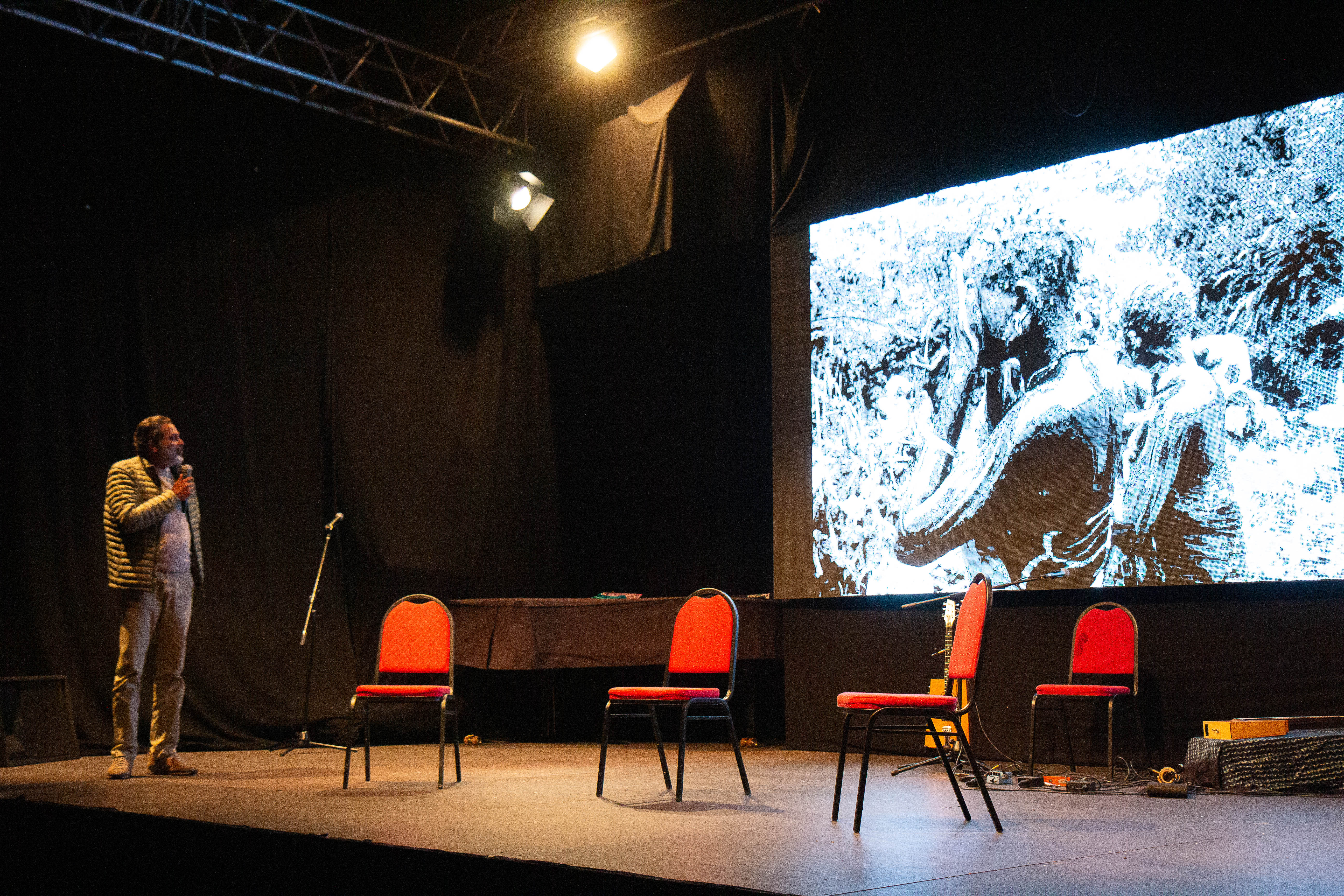 On Saturday, 13 November, Sérgio Santimano was part of the public workshop "Intermedial Indian Ocean" – the event taking place at Bayreuth's cultural venue "Reichshof" dedicated a whole day to various forms of art and expression dealing with the Indian Ocean and the people living in that region. The photographer presented some of his images to the audience and talked about his biography and his creative process as well as the story behind choosing the region of the Indian Ocean as the focus for this particular series of photographs. 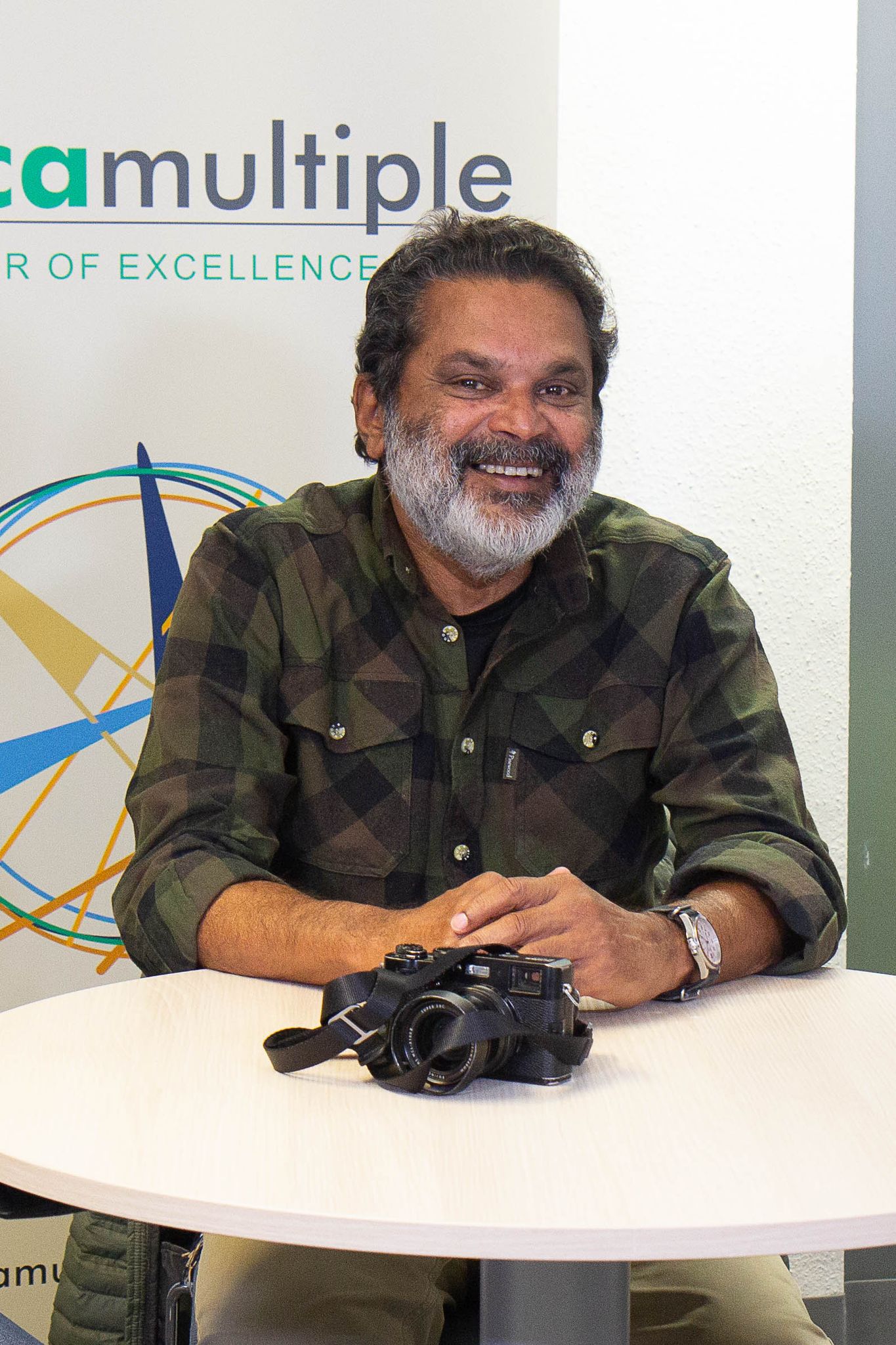 Born in Mozambique in 1956 and a native of Goa, Sérgio Santimano contributed significantly as a photographer to the creation of a Mozambican identity after the country's independence in 1975. In 1995, he visited India as an adult and presented an exhibition in Mumbai titled "Caminhos - the long and winding road" with a text by Calane da Silva. His photographs taken in Goa and in the northern provinces of Mozambique (Nacala, Niassa, Cabo Delgado and the island of Mozambique) tell the story of the memories of families living on both sides of the Indian Ocean.

Mozambican history testifies of the linkages between the East African coast, Arabia, India. Due to portuguese colonial history, there are very strong linkages between Goa (India) and Mozambique with continuous migrating movements between the two colonies. Identities were evolving in this large contact zone as ongoing processes of dynamic encounters.