To Be King – Christine Dixie

The Africa Multiple Cluster of Excellence has invited South African artist Christine Dixie to show her multimedia installation To Be King at Iwalewahaus. The artist based in Johannesburg will be present in Bayreuth to set up her installation and celebrate the exhibition opening on Wednesday, 11 May 2022. The exhibition will run until the end of July. 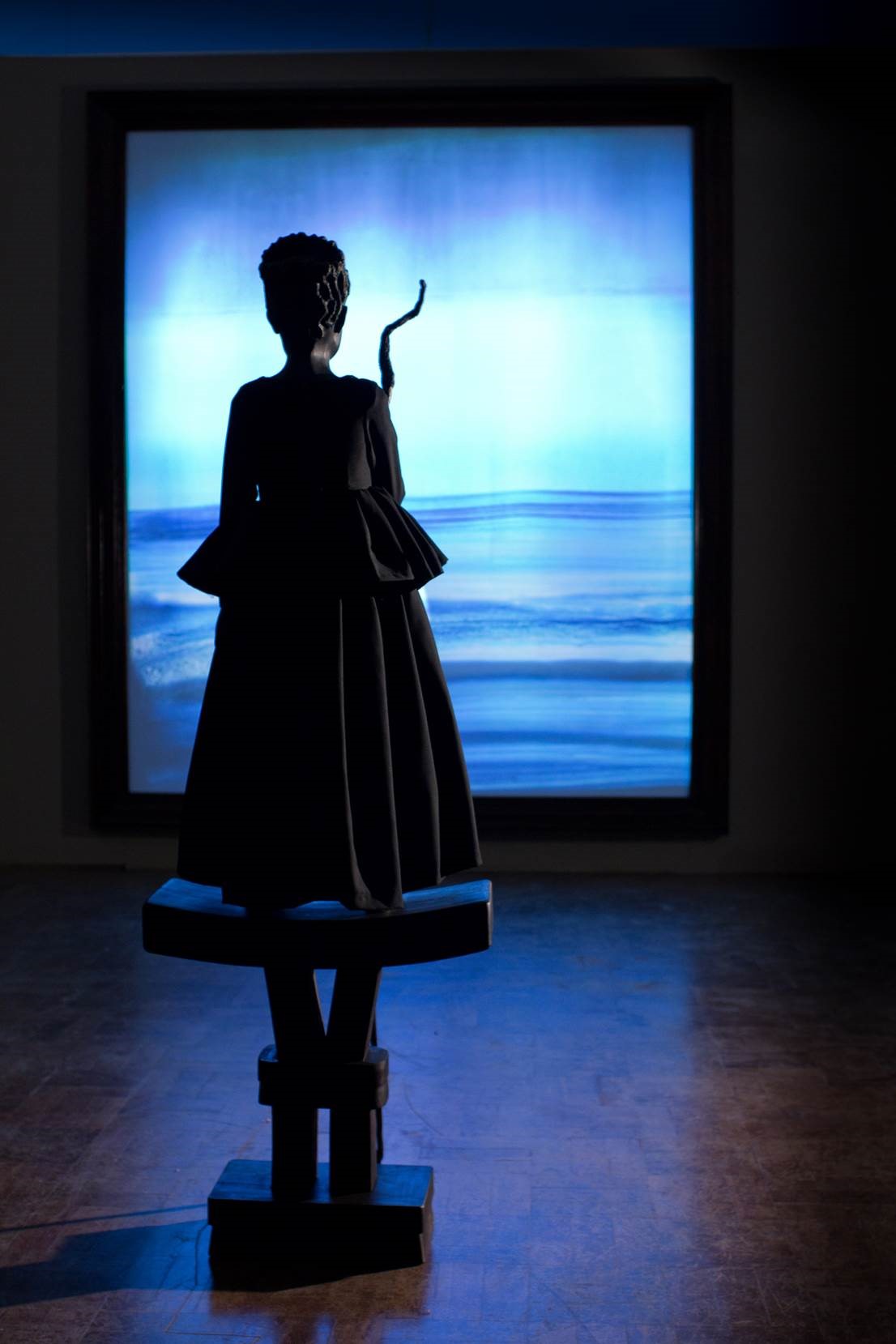 Christine Dixie’s installation To Be King is inspired by a famous painting of Diego Velázquez from 1656 called Las Meninas (The Ladies in waiting) and an essay by the same name published by Michel Foucault in 1966 that analyses this particular work of art. In his essay, Foucault suggests that the order of things is mainly dependent on perspective. In his opinion, who is king is determined by who gazes and who is in control of the gaze.

Christine Dixie’s installation To Be King tells a destabilizing narrative in which the king is ‘dethroned’. Referencing Foucault’s interpretation of Las Meninas, Dixie created a circuit of various gazes. She positions characters and spaces in the periphery of a place where the dominant gaze originates suggesting the possibility of a different order of things and highlighting the fragility of the established and dominant order. “My shifting roles as mother, artist and academic as well as my lived reality in the post-colonial place of Makhanda, South Africa, were the lenses through which I gazed at both Foucault’s text Las Meninas and Velásquez painting Las Meninas”, the artist explains. “My fascination with this text and this image was the beginning of a process that led me to the making of To Be King.”

The installation To Be King will be presented at Iwalewahaus starting 11 May 2022. Christine Dixie will be present for the opening of the exhibition. 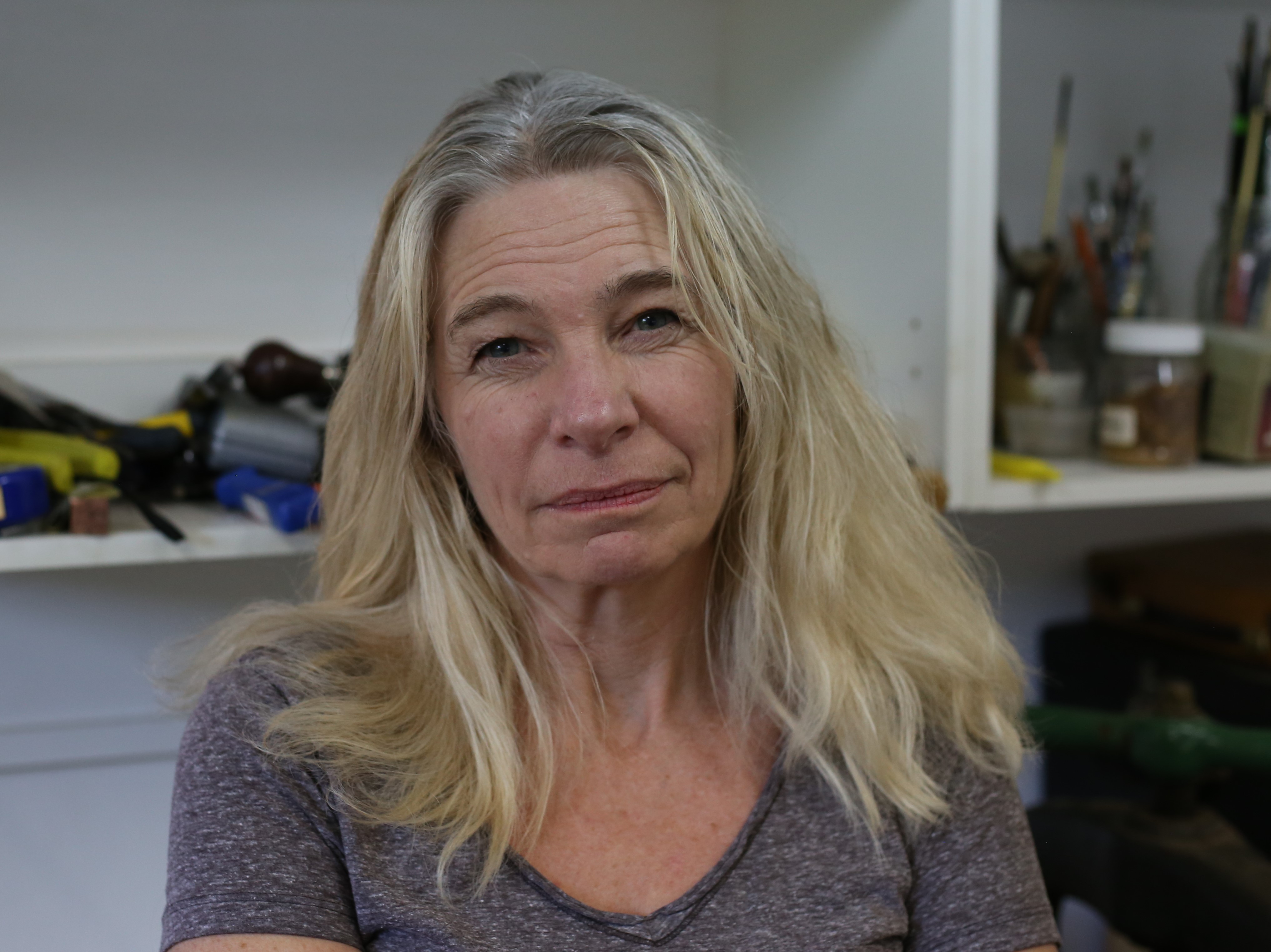 Renowned artist Christine Dixie has regularly exhibited in South Africa, the US and Europe. She is primarily a printmaker, but her art also finds expression through films or elaborate installations.

Her work challenges the ways gender roles have been historically conditioned by society, myths, and image-making. The manifestation of the colonial history that haunts the town of Makhanda in the Eastern Cape has compelled her preoccupation with Europe’s legacy in Africa.

Her practice and aesthetic rely on archival imagery and in-depth research. Her work is included in national and international collections including The New York Public Library, The Smithsonian National Museum, The Standard Bank Gallery, The Johannesburg Art Gallery, The Durban Art Gallery, The Iziko Museum of South Africa and The Nelson Mandela Metropolitan Museum of Art.

To Be King, her most recent installation, was launched at the National Arts Festival, 2014. The video component was exhibited in Vienna in May 2015 as part of the Wiener Festwochen exhibition U/Tropia and was included in the travelling exhibition Eastern Europe/South Africa Exhibition: Between Democracies 1989 – 2014: Memory and Commemoration in Johannesburg in 2015.

Christine Dixie is also a Senior lecturer in the Fine Art Department at Rhodes University in Makhanda, South Africa.