Workshop report: "The Education Alibi in Africa: Towards a critical critically reflexive perspective on the paradoxes of schooling in Africa" 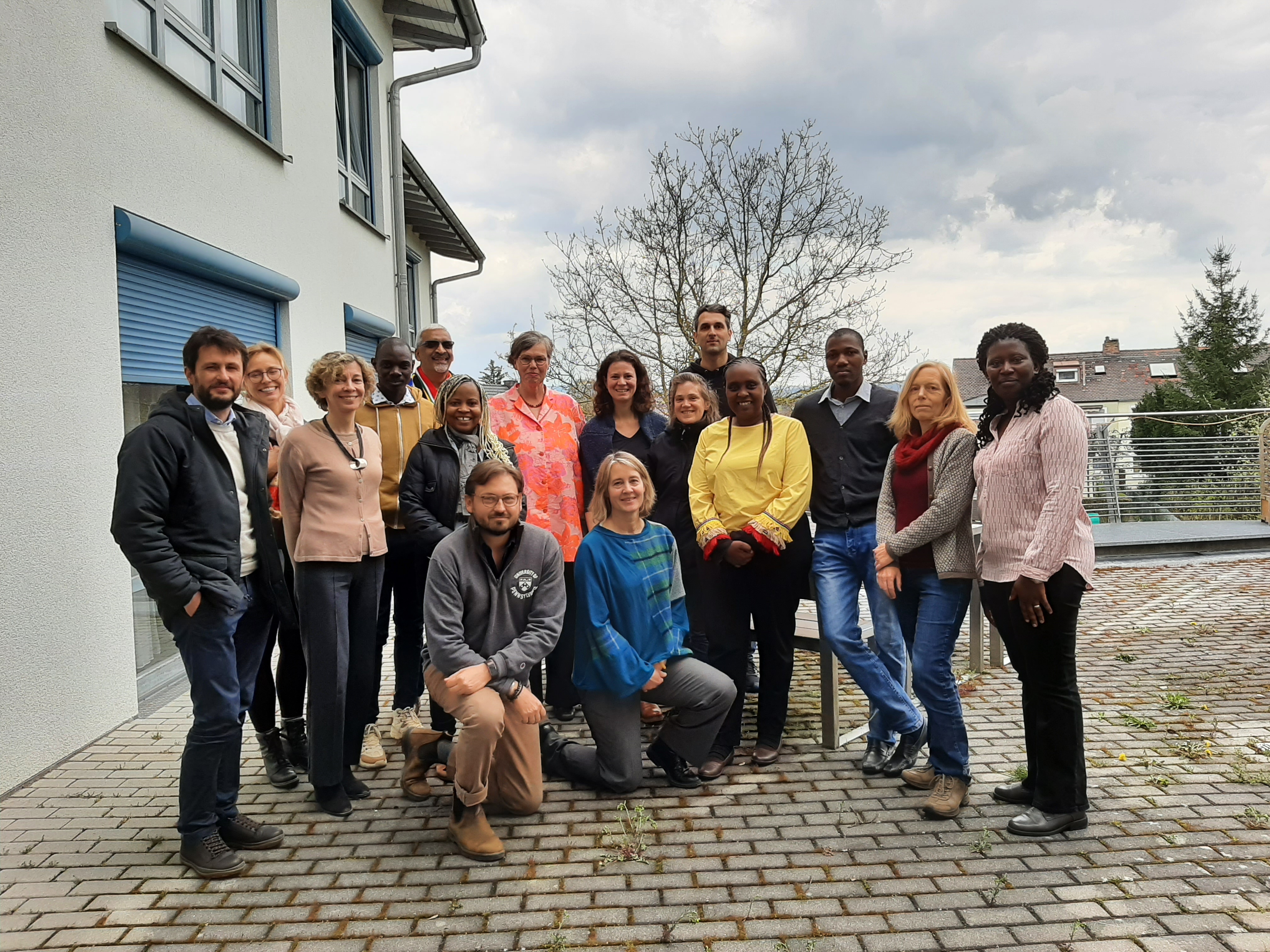 The suggestion of education serving as an alibi was intended as a provocation to examine with a critically reflexive perspective how education may be entangled with other transformations. Participants took up this challenge, focusing on the paradoxes of schooling in African contexts. The workshop generated a diverse and interdisciplinary set of perspectives, with authors drawing from anthropology, psychology, political science, communications studies, human geography, and critical education studies.

In globalized development discourses relating to Africa, education and schooling usually have a positive connotation, as they are believed to be key to the future of the continent. The positive images, promises, and related attempts of “education for all” have for the most part evaded fundamental critique, and if anything, they have become more powerful. Overwhelmingly, the school enrolment of children continues to symbolize access to globalized knowledge and consequently improved futures of enlightenment. The official story of education – and its defense against accusations of malfeasance - continues to be one of innocence and indeed of public good. Yet, schooling has, since colonial times, constituted an arena of intense contestation. Across many different African histories, education is accused of much wrongdoing and of concealing depravity. Is it possible that while claiming to be doing one thing, education has (also) been doing another? How irrefutable is the education alibi?

Workshop participants used these questions and the suggestion of the education alibi productively, employing them to shine interrogative light on institutions' and actors' plausible use of education to divert scrutiny from other matters. Tyler Hook (University of Wisconsin Madison) examined how claims of ‘a learning crisis’ in Liberia facilitated bypassing democratic processes to impose new public-private partnerships for education in Liberia, and accounted for how these much-vaunted ‘new’ arrangements reproduce forms of corporate governance that have a long history of local dispossession in Liberia. Suriamurthee Maistry (University of KwaZulu-Natal) analyzed how the alibi of individual freedom of choice and meritocracy has resulted in the neoliberal intensification of inequality, including racial inequality, in the schooling system in South Africa. The paper presented by Amy Stambach (University of Wisconsin Madison) also focused on the exacerbation of educational inequalities in South Africa, but through a concentrated focus on how private gifts to public education provide wealthy donors an alibi, or a plausible use of charity, that diverts scrutiny from the more significant matter that corporate foundations, not-for-profits, and charitable entities underfund and erode trust in government.  Wandia Njoya (Daystar University) provided a critical history of how successive Kenyan governments have discursively and materially supported education for political legitimacy and to ensure the stability of international capital in Kenya, yet the state has simultaneously squeezed out possibilities for education to foster ideas, creativity and democracy. Elizabeth Cooper (Simon Fraser University) and Hildah Oburu (University of Nairobi) also presented papers focused to the Kenyan context: Cooper examined how practices meant to safeguard the integrity of the public education system, including intensive anti-cheating exercises, generate suspicion, fragmentation, and antagonism, while Oburu’s paper considered the implications of how the burning of school dormitories in Kenya is represented in public discourses.

Aikande Kwayu (independent scholar) took up the controversies around the Tanzanian government’s opposition to pregnant girls’ access to school to demonstrate how governments can use donor funding as an alibi for failing to meet educational performance expectations. Similarly attending to how girls are often the focus of intense moral speculation, Adeline Masquelier (Tulane University) analyzed how enrolling girls in school is propagated by international organizations like the World Bank, NGOs, and some public officials as an antidote to ‘harmful’ cultural practices, such as ‘early marriage’, that are perceived as oppressing girls and disempowering them. Girls’ education is being used as a means to delay and reduce girls’ fertility, yet most adolescent girls hardly experience schooling as a protective infrastructure aimed at ensuring they don’t grow up too fast, and the focus does not seem to be on establishing education systems adapted to girls’ needs and responsive to local contexts. Nicola Ansell (Brunel University) and Claire Dungey (King’s College London) presented a paper questioning whether schooling is necessarily the best way to secure the futures of young people in the global environment crises, drawing insights from their research in two villages, and the schools that serve them, in Lesotho. Edoardo Quaretta (Link Campus University, Rome) addressed the apparent paradox in Congolese families’ persistent efforts, including going into debt, to educate their children even as they recognize the poor quality of that education and the negligible chances that it might improve economic and social mobility. Quaretta accounted for the symbolic value attributed to formal education, with effects for the structuring of gendered and intergenerational relations.

The workshop also included four papers from researchers affiliated with two Benin-focused projects that are part of the Africa Multiple Cluster’s Learning section. Erdmute Alber explored how ‘schooling for all’ campaigns in Benin have shifted moral obligations for children’s life trajectories to parents, and therein provided an alibi for the state´s failures to offer viable futures for its youth.  Alber’s analysis accounted for the ways that parents´ moralities and gendered expectations re-shape not only young women´s and men´s pathways, but their parents´ pathways as well. Sabrina Maurus analyzed how various forms of education, including vocational training as an alternative to higher education, keep people busy investing significant time and money despite the fragility of their associated livelihood trajectories. Issa Tamou considered parents’ interests in educating their children, noting how parents do not feel confident that education will open opportunities for economic mobility, but that they associate their children’s education with social prestige and social success. Issifou Abou Moumouni’s paper addressed how 'illiterate' people experience their lack of education, and how the 'failure' of some people with a supposedly completed school career and the 'success' of others without schooling have led to a reconsideration of the expectations attributed to the formal education system in Benin. 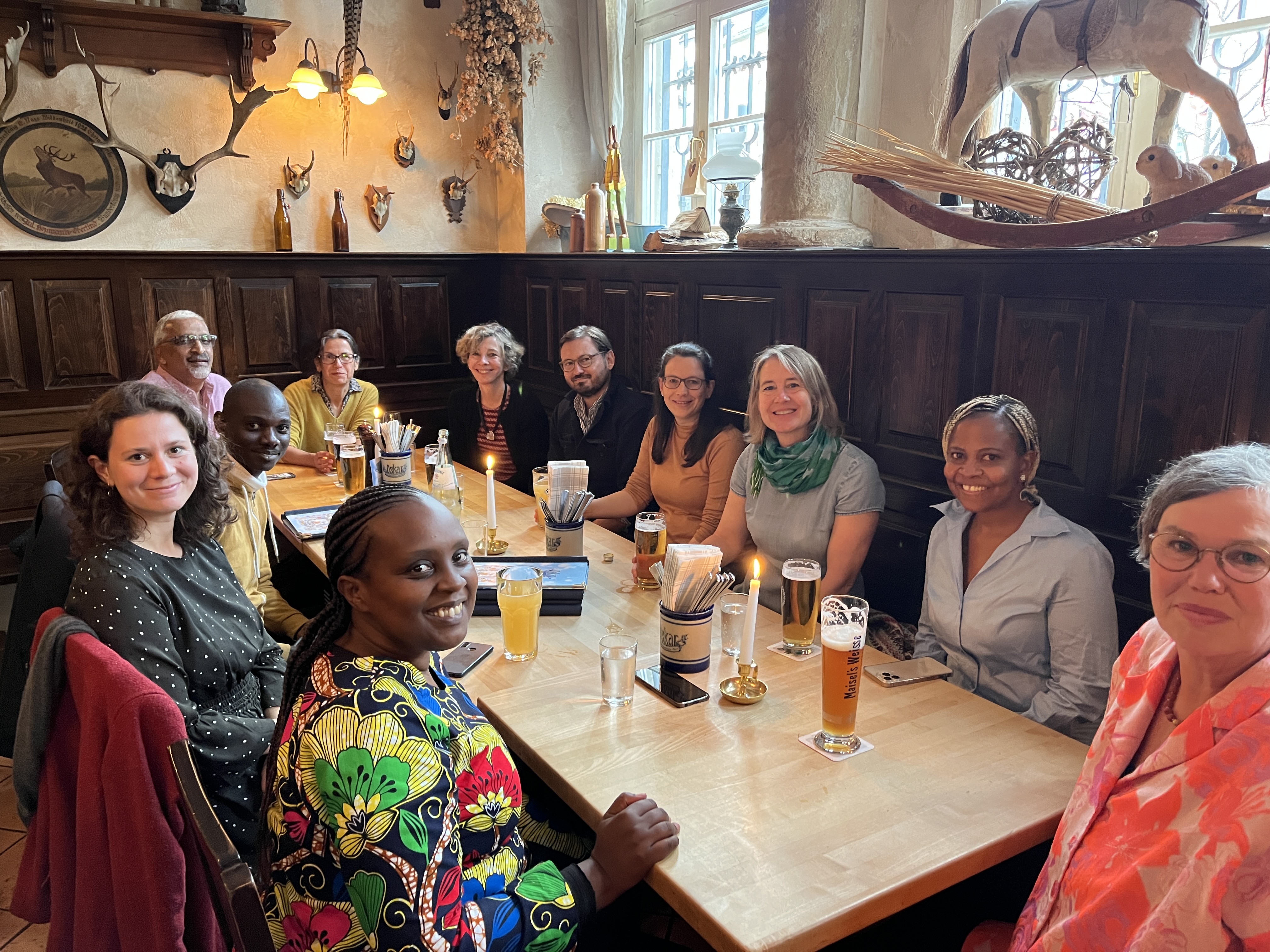 This three-day workshop was the first in-person academic workshop most of the participants had experienced for two years. As such, participants enthusiastically engaged in energetic question and answer sessions, dynamic discussions of emergent themes, and many side conversations during workshop breaks. Participants appreciated the welcome note from Africa Multiple Cluster spokesperson Rüdiger Seesemann and the engaged introduction of the spokesperson of the learning research section, Iris Clemens, as well as the participation of several doctoral students in the Cluster. In addition to the intensive workshop sessions, we also enjoyed an outing to the Bayreuth Eremitage with a wonderfully informative tour by Stefan Weiss of the University’s History department. The workshop’s in-person interactions, during meals and coffee breaks as well as during the walk through the rainy gardens of the Eremitage, were appreciated by all participants as we developed greater familiarity, understanding, and collegiality with each other. They helped to foster our collective vision for producing an edited book of the papers. Erdmute Alber, Elizabeth Cooper and Wandia Njoya intend to co-edit this book and work together to complete it when Cooper and Njoya start their international fellowships with the Africa Multiple Cluster in October 2022. Further, workshop participants have begun brainstorming various ways to use the collaboration to stimulate more attention to existing challenges in education experiences across Africa.