On 14 October 2022, the Chair of African Legal Studies at the University of Bayreuth in close cooperation with the Institute of African Studies and the Africa Multiple Cluster of Excellence welcomed the official delegation of the Federal Republic of Somalia.

The visit took place within the context of the recently established cooperation between the Chair of African Legal Studies and the Government of the Federal Republic of Somalia which currently is in the process of initiating a constitutional review. 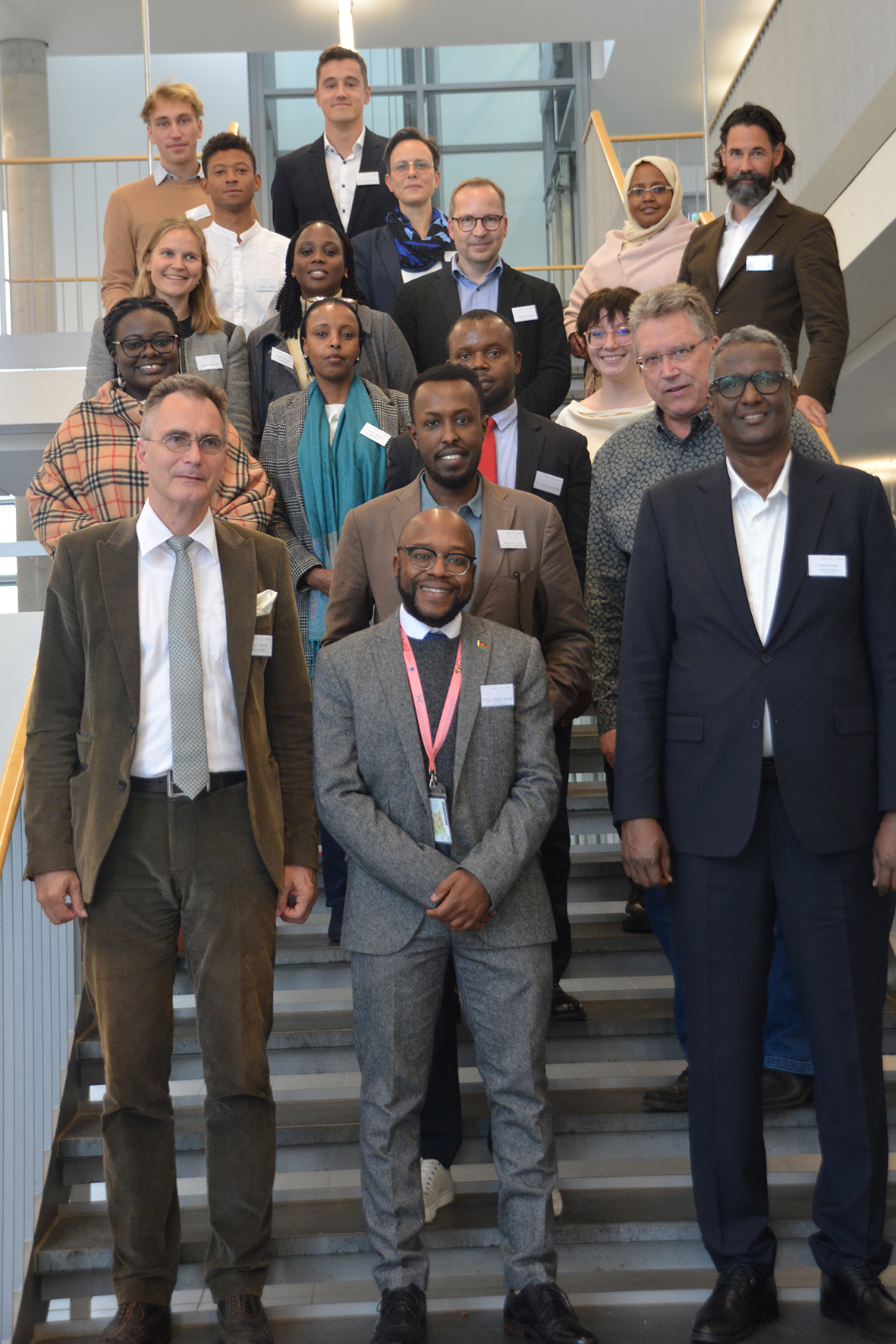 The guests were first shown the campus and the concerned institutions of the University of Bayreuth were introduced by their respective representatives: the University of Bayreuth was represented by Thorsten Parchent from the International Office, the Institute of African Studies and the Cluster of Excellence Africa were presented by Prof. Rüdiger Seesemann and the Chair of African Legal Studies was represented by Prof. Thoko Kaime. In addition, Prof. Bernd Kannowski, Dr Ulrike Dinglreiter, Dr Franz Kogelmann, René Brosius and Asli Ahmed-Murmann as well as several PostDoc and PhD researchers and student assistants were present.

After the introduction, a lively discussion on the topic “Anchoring Disaster Prevention in Constitutional Texts” began. In particular, the advantages and disadvantages of Germany's federally regulated disaster management system were debated. It emerged that in the case of disasters such as floods, the shortest possible response time is highly important to provide effective protection. This led to the question of the extent to which such a response time can be legally established in Constitutional Texts and structurally implemented. In this discussion, Prof. Bernd Kannowski and Dr Ulrike Dinglreiter provided valuable insights into disaster prevention and disaster response in Germany.

In conclusion, this meeting laid the foundation for a successful cooperation between the Chair of African Legal Studies and the Government of the Federal Republic of Somalia.