Partners At a Glance

Below you find PDFs offering short overviews of the African Cluster Centers:

After one year of preparations and deliberations, the “Africa Multiple” Cluster of Excellence has announced the partner institutions that will have the status of African Cluster Centres (ACC). The new ACCs serve as nodes for joint research initiatives and networks within the cluster. To a first call for expressions of interest in May 2018, 55 African universities and research institutes responded by sending letters of intent and first sketches of ideas for future collaboration. An independent selection committee later chose ten institutions that were invited to submit full applications. After visits to these ten institutions in February 2019, the selection committee convened once again to choose those whose research foci and African Studies agenda provided the best matches for the objectives of the new research network. Based on the recommendations of the committee, the cluster’s Academic Committee selected the University of Lagos (Nigeria), Moi University (Eldoret, Kenya), Université Ouaga 1 Professeur Joseph Ki-Zerbo (Ougadougou, Burkina Faso), and Rhodes University (Makhanda/Grahamstown, South Africa). 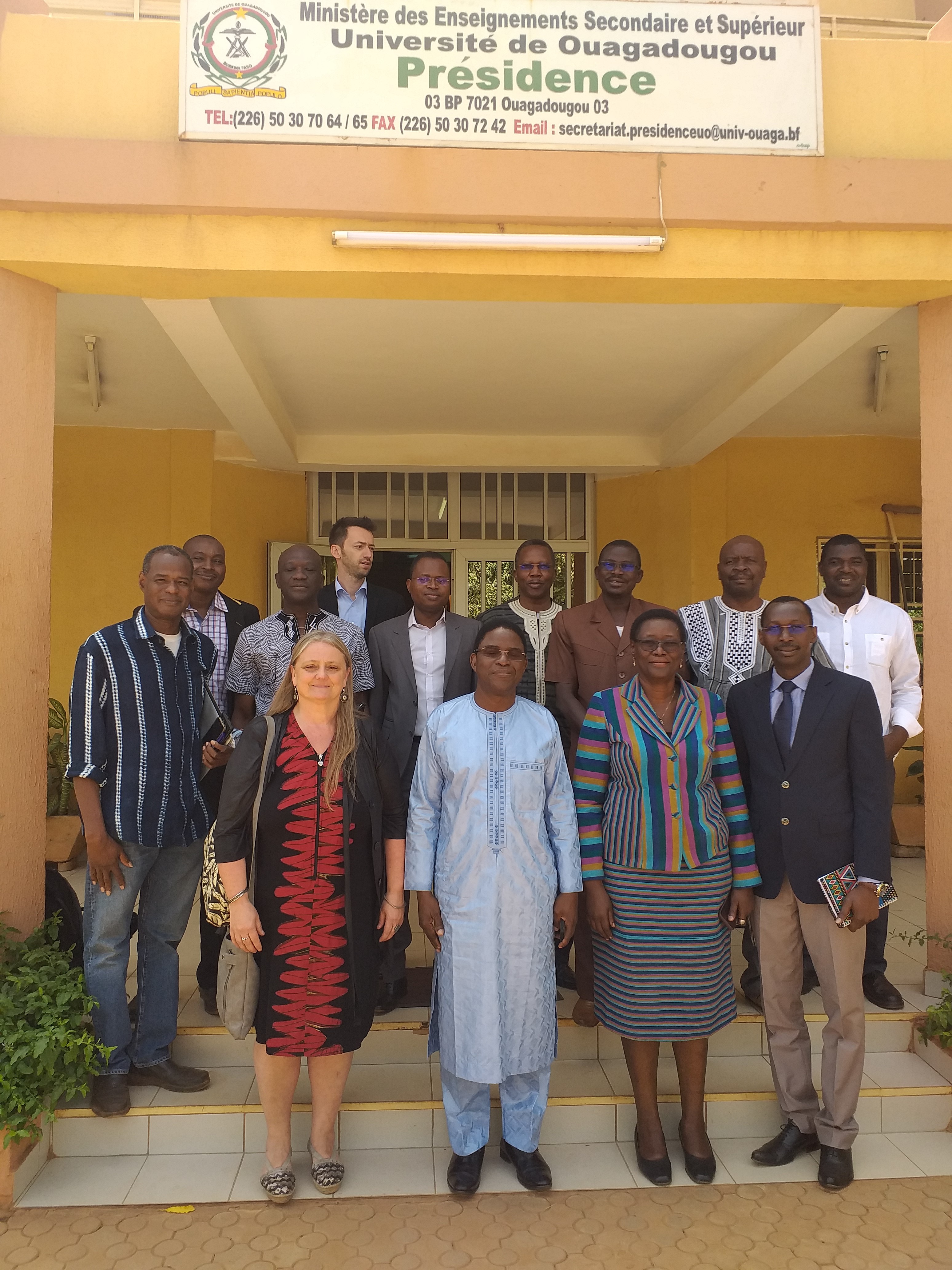 While the four ACCs are the main partners in the cluster’s endeavor of reconfiguring African Studies, many of the proposals submitted suggest further avenues for collaboration and network building in the field of African Studies. Professor Ute Fendler, the cluster’s Vice Dean of Internationalisation & Public Engagement, therefore not only congratulated the successful institutions on their nomination, but also thanked all applicant institutions for their willingness to enter into academic exchange with the Africa Multiple cluster. The cluster will seek to create possibilities for other institutions to join the regional research networks in Africa. The four ACCs are equipped with the financial means for own research, thus enabling them to make their own contributions to the cluster’s agenda. They serve as the cluster’s on-site research partners in Africa, facilitating the exchange of ideas; the mobility of researchers; the collection of and access to data; and above all offering a platform for reflexive research on the continent itself. The ACCs’ responsibilities include initiating and conducting research projects linked to the cluster; connecting its members to the large cluster network in Africa and beyond; organising and hosting international conferences; and providing a platform for academic exchange at doctoral and postdoctoral levels. The overall aim is to promote a generation of young academics whose objective, like that of the cluster, is to reconfigure African studies through transdisciplinary approaches that create new insights into the multiplicity of Africa and its diasporas.

The centre is poised to contribute to the Knowledge Lab of the Africa Multiple (Centre of Excellence in African Studies) especially in achieving the goal of reconfiguring African Studies. Equipped with its full complement of competent staff, the centre is prepared with the right atmosphere to galvanize collaborative and interdisciplinary research among African scholars as well as develop and implement formats for the training of early career scholars, especially at the PhD level.

The Moi University African Cluster Centre (Moi–ACC) is housed in the Moi University School of Arts and Social Sciences (SASS) whose overriding objectives are to offer interdisciplinary teaching and research in the broad field of African studies and to act as the center where all other Africa–focused scholarship in Moi University coalesce. Within the context of these objectives, and building on the very strong tradition of exploring and interrogating diverse ways of knowing Africa that has developed in SASS in the three and a half decades of its existence, the Moi–ACC is envisioned as a hub of outstanding inter–, multi– and transdiciplinary research and conversations that will contribute to the greater understanding of Africa in ways that enable the addressing of significant issues affecting the continent.

The "African Cluster Center" (ACC) of University Joseph KI-ZERBO of Ouagadougou, Burkina Faso was created in the framework of the “Africa Multiple – Cluster of Excellence” initiated by the University of Bayreuth in 2019. The ACC aims at coordinating research projects of its members from different African research institutions and facilitating the movement of researchers from West African countries within the scope of their missions in the Center. Developing a solid and reliable database is also part of its objectives. Hence, it will be linked to the Knowledge Lab of African Multiple and as such, will be interconnected to the database network of other centers and thus promote the co-construction of a digital research environment.

Rhodes University’s African Cluster Centre (ACC) is located in the Faculty of Humanities, Rhodes University. It works with a network of scholars to promote research and teaching on African studies within an interdisciplinary framework. The Centre is established and recognised institutionally according to the Rhodes University Scholarly Entities Framework and is externally funded by the Germany Research Foundation via the University of Bayreuth’s African Cluster Centres of Excellence Strategy. The Rhodes ACC will develop into a fully-fledged African Studies Centre. For this reason, we seek to maintain enduring partnerships with other Cluster Centres and entities of similar intent in our vision of reimagining, repositioning and revitalising African Studies.