In her contribution on the topic of "Francophonie" Cluster member Dr. Aminata Cécile Mbaye shares her thoughts on the subject that differ from the commonly used narrative used by the Organisation Internationale de la Francophonie. 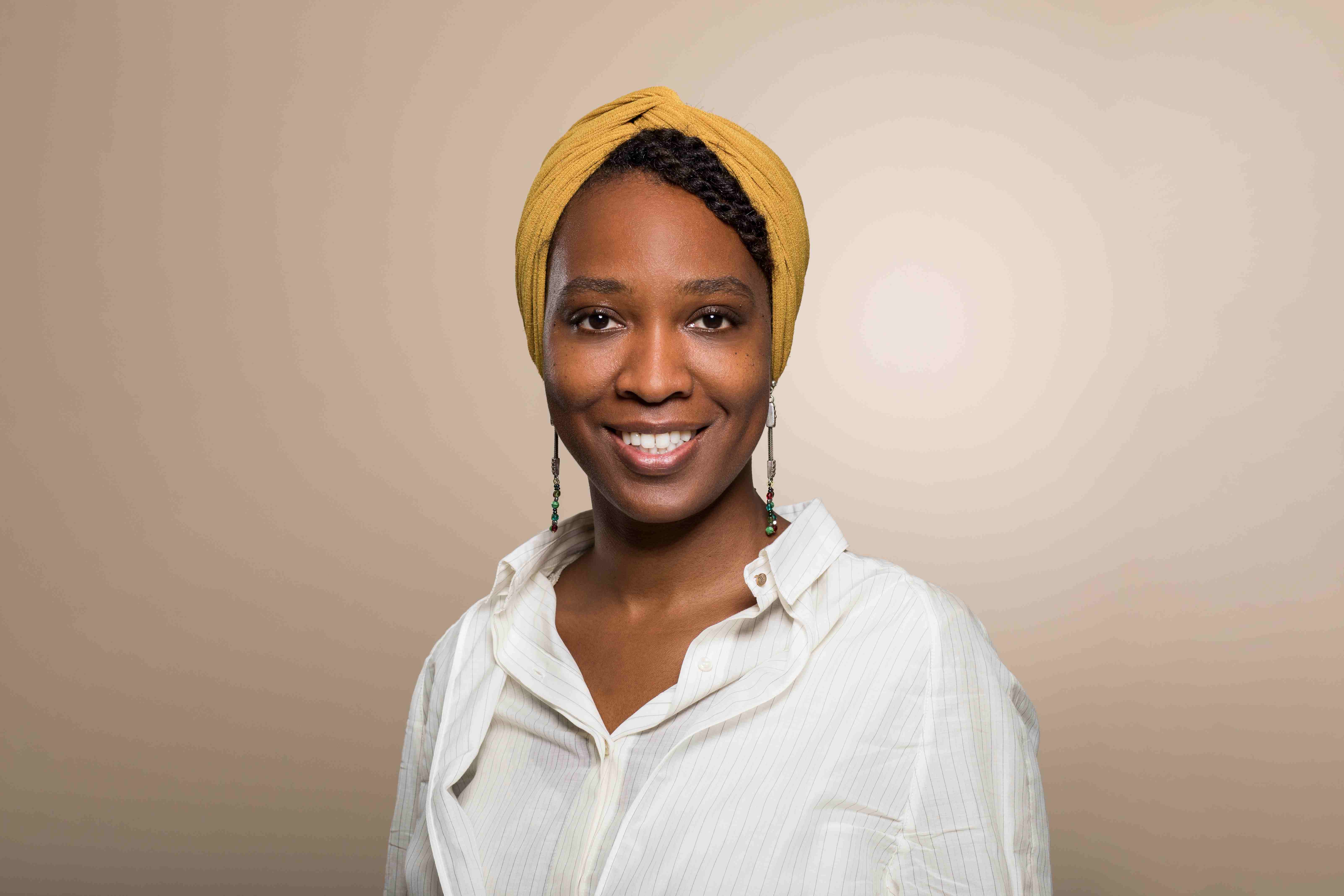 Every year on the 20th of March, francophone speakers celebrate the International Francophonie Day. This date was chosen in reference to the creation of the Agency for Cultural and Technical Cooperation - which then became the Organisation Internationale de la Francophonie - created on March 20, 1970 in Niamey (Niger). This year, 2021, the organisation honours women under the theme “Francophone women, Resilient women”. The International Francophonie Day has been created to commemorate the cultural and linguistic diversity of the Francophone countries and speakers. It is mainly depicted by the Organisation Internationale de la Francophonie as a festive day in charge of reinforcing the solidarity among francophone speakers. As a French scholar in comparative literatures, born in Paris and bearing Martinican and Senegalese origins, my representation and understanding of the F/francophonie differs from the official narratives. Therefore, this contribution intends to provide a critical overview of the issues intrinsic to the idea of F/francophonie.

Historical trajectories: Francophonie in Africa and the French colonisation

In Africa the spread of French language stems strongly from the history of French colonisation and imperialism. During the colonial time, French colonial authorities reinforced the education of the French language in the colonies in order to promote the so-called “civilizing mission” (mission civilisatrice). In this context, Jules Ferry (1832-1893), president of the French Senate in 1883 and Prime Minister of France from 1883 to 1885, played a prominent role. Jules Ferry has remained famous for his law allowing the creation of secular schools and the implementation of free education for both boys and girls. Considering that education could shore up the principle of French republicanism, Ferry also advocated for colonial expansion, justifying French imperialism as a necessity to “educate” and “civilise” the colonized population. Furthermore, many studies highlight that the terms ‘francophone’ and ‘francophonie’, coined by the French geographer Onésime Reclus (1837-1916) in his book France, Algérie et colonies (1986), has been invented to promote French colonial imperialism. In his work, Reclus also drew a hierarchisation of the francophone speakers according to their “race”.[2]

Francophonie in Africa after the Independence period

After that former French colonies gained their independence, France continued to play a preponderant role in Africa. Therefore, many African leaders decided to keep French as the official language of their states. Foremost among them was the first Senegalese president Léopold Sédar Senghor (1906-2001) who run the country from 1960 to 1980. During his government, Senghor decided to keep French as the official language of Senegal. In 1983, he was the first African to become a member of the prestigious Académie Française, the most important institution for issues pertaining the use of the French language. In a famous article, he defined the relevance of the French language in Africa and pinpointed the geopolitics aspects of his decision. In this regard, Senghor argued: “[…] if French is introduced or maintained in Africa, if it is reinforced, it is primarily for political reasons […] In addition to this reason, the majority of African states are francophones and, at the UN, a third of the delegation speaks French”[3] (Senghor, 1962: 838). In several publications, the then Senegalese president described French as the language of rationality (Senghor, 1968) and poetry (Senghor, 1962). In his opinion, French stood out because of the richness of its vocabulary. Perceived as the language of the reason, French differs from the African languages, that sound, according to Senghor, albeit their poetic qualities, more imprecise:

But what, at first sight, makes the strength of the African languages is, at the same time, their weakness. They are poetic languages. The words, almost always concrete, are surrounded by images, the order of the words in the proposition, of the propositions in the sentence, obeys sensitivity more than intelligibility: to the reasons of the heart more than the reasons of the mind. (Senghor, 1962: 839)[4]

Even despite the problematic dichotomisation between the French language and the African languages, as well as the essentialisation of the plurality of the African languages, Senghor, especially influenced by his idea of Négritude, developed a theory of interconnexion and relationality. The Francophonie epitomizes a symbolic place where several cultures coalesce into a symbiosis of “latent energies” (Senghor, 1962: 844)

Following his representation of the francophonie, together with the first president of Tunisia, Habib Bourghiba (1903-2000), and the first president of the Republic of Niger, Hamani Diori (1916-1989), Senghor created the Agence de coopération culturelle et technique (ACCT) in 1970. This institutional agency was the precursor of the OIF. Similarly to Senghor’s views, Bourghiba perceived the creation of this “French commonwealth” as a way to prevent the dispersal of the African Francophone countries after the independences, as well as the possibility to keep special relationship with France.

According to a report by the OIF of 2019,[5] documenting the state of the French language in the world, it emerges that the number of French speakers in all Africa is higher than the ones in Europa, which counts 33,4% French speakers. In fact, 44,4% of Francophone speakers live in Sub-Saharan Africa and Indian Ocean, while 14,9% of Francophone speakers reside in North Africa and the Middle East. The 2019 report draws up a complex picture of the French speakers in Africa. Indeed, it appears that the diffusion of the French language in Africa is propped up by the education. The report shows that African men, who are often more likely than women to be sent to school, are more numerous than the women to speak French. Furthermore, the demographic of the Francophone speakers in Africa demonstrates that young people under 35 years old represent 60% of the French speaking population in Africa. Finally, while the proficiency in the French language is more common within the higher social classes of the population in Africa, within the continent French speakers are more likely to be encountered among salespeople, executives or craftsmen. Concerning the use of the French language in Africa, the report points out a multifaced situation through the comparison of countries such as Burkina Faso, Guinea Conakry, Ivory Coast and Senegal. For instance, while French generally serves as the language of communication in the everyday life in Ivory Coast, in other countries, like Burkina Faso, Guinea and Senegal it is often supplanted by other vernacular idioms, such as Dyula and Mooré in Burkina Faso, Susu and Pulaar in Guinea and Wolof in Senegal. Akin to the situation in the daily life, French is barely spoken within the domestic environment in Guinea and Senegal, whereas in Ivory Coast and, to a certain extent, in Burkina Faso, the idiom is often perceived as the language of the family. In North Africa, the report displays a similar situation. Following the example of Morocco, the report points out that Arabic is more used than French in domestic environments, as well as in the daily life. In summary, in Africa the French language constitutes a composite entity that is woven together with the many other vernacular idioms of the continent. This is also a point of view shared by the philosopher Souleymane Bachir Diagne in his contribution to the OIF’s 2019 report. Drawing on Edouard Glissant’s theory, Souleymane Bachir Diagne portrays the Francophone world as a complex place where a vast variety of languages coexist and interrelate with one another. Diagne advocates for a deconstruction of the French language and outlines the necessity to take into consideration the influence of other languages in its elaboration and development. For this, literature plays an important role. The philosopher fittingly emphasises: “Is it not this the very meaning of the francophone literatures, a writing in French that rustles with the plural of other languages, and in so doing, also describes the trace of Diverse”[6] (Diagne, 2019: 27).

Critics of the OIF

Today, many scholars advocate for a decentralisation or/and decolonisation of the French language. In 2017, the newly elected President of the French Republic Emmanuel Macron undertook to defend the French language in front of several students at the University of Ouagadougou.[7] In his talk, Emmanuel Macron portrayed the French languages as a “chance” for the “development” of African countries. In order to show the diversity of the French language, Macron announced the creation of a Dictionary of the Francophonie (Dictionnaire de la Francophonie) that should have been developed with the help of the Académie Française and his new personal representative to the OIF, the Franco-Moroccan writer Leïla Slimani, winner of the prestigious Prix Goncourt in 2016 for her novel Chanson douce.[8] In his address, Manuel Macron also stated that he intended to be surrounded by African thinkers, such as the Franco-Congolese writer Alain Mabanckou, winner of the Prix Renaudot in 2006 for his novel Memoires de porc-épic, to “reflect on a new project for the Francophonie”. The speech of the French President stirred up many controversies and critics from several intellectuals and scholars. Alain Mabanckou was one of them. The Franco-Congolese writer, that was appointed Visiting Professor at the Collège de France in 2016, decided to address an open letter to Emmanuel Macron.[9] In his text, Mabanckou fiercely criticized the role of the OIF and the French state in the African continent. The writer argued that the promotion of the Francophonie ensures France to keep the former African colonies under its influence. Furthermore, Mabanckou highlighted the absence of critics by the OIF against the “African autocratic regimes” that are still in power in several African countries: “These despots hang on to power by twisting the constitutions (written in French) without provoking the indignation of any of the governments that preceded your [i.e. Emmanuel Macron] arrival at the head of the state” (Mabanckou, 2018).[10]

Which future for the F/francophonie?

According to the Francophone Demographic and Statistical Observatory, in 2050 more than 70% of francophone speakers will be based in Africa. Other forecasts predict that French, which until now is the fifth most spoken language in the world, could become the most widely spoken idiom in the world. However, the 2019 OIF’s report underlines that this result could only be achievable if the members of the OIF continue to promote the French language, especially through education. In his 2017 speech, the French President Emmanuel Macron presented the command of the French language by African people as an opportunity for them to succeed in the globalized world. However, in a world where the majority of African people encounter problems to travel in France and the global North, the discourse of Emmanuel Macron, emphasising the importance of circulation and exchange, seems more than paradoxical. In regard to the many French enterprises and industries based in Africa, one can only wonder if the development of the French language, advocated by the French President and the OIF organization, serves primarily to the economic interests of the French state. Consequently, I would like to end this contribution with a reference to the “Advocacy for a world language” by Achille Mbembe and Alain Mabanckou. Drawing on the intellectual contribution by these two authors, I argue that French can serve as a vector of relationality and reflexivity only if “the becoming-world of French will not be at the expense of Africa”. (Mbembe, Mabanckou, 2018: 67).

[7] The speech can be found in French at the following address:

[8] The dictionary has been launched in Mars 2021 and lists 500000 words and expressions from 52 countries and 112 localities. See: https://www.francophonie.org/lancement-du-dictionnaire-des-francophones-1696

[9] The letter was published online in 2018 by the French news magazine L’Obs at the following address: https://bibliobs.nouvelobs.com/actualites/20180115.OBS0631/francophonie-langue-francaise-lettre-ouverte-a-emmanuel-macron.html