School without Racism - A Step in the Right Direction

In coperation with the Africa Multiple Cluster of Excellence, the Markgraf-Georg-Friedrich-Gymnasium in Kulmbach held a day on the topic of racism and exclusion at the local movie theater. During the event, the school received the award "School without Racism - school with courage" and showed the documentary "Becoming Black" by filmmaker Ines Johnson-Spain. 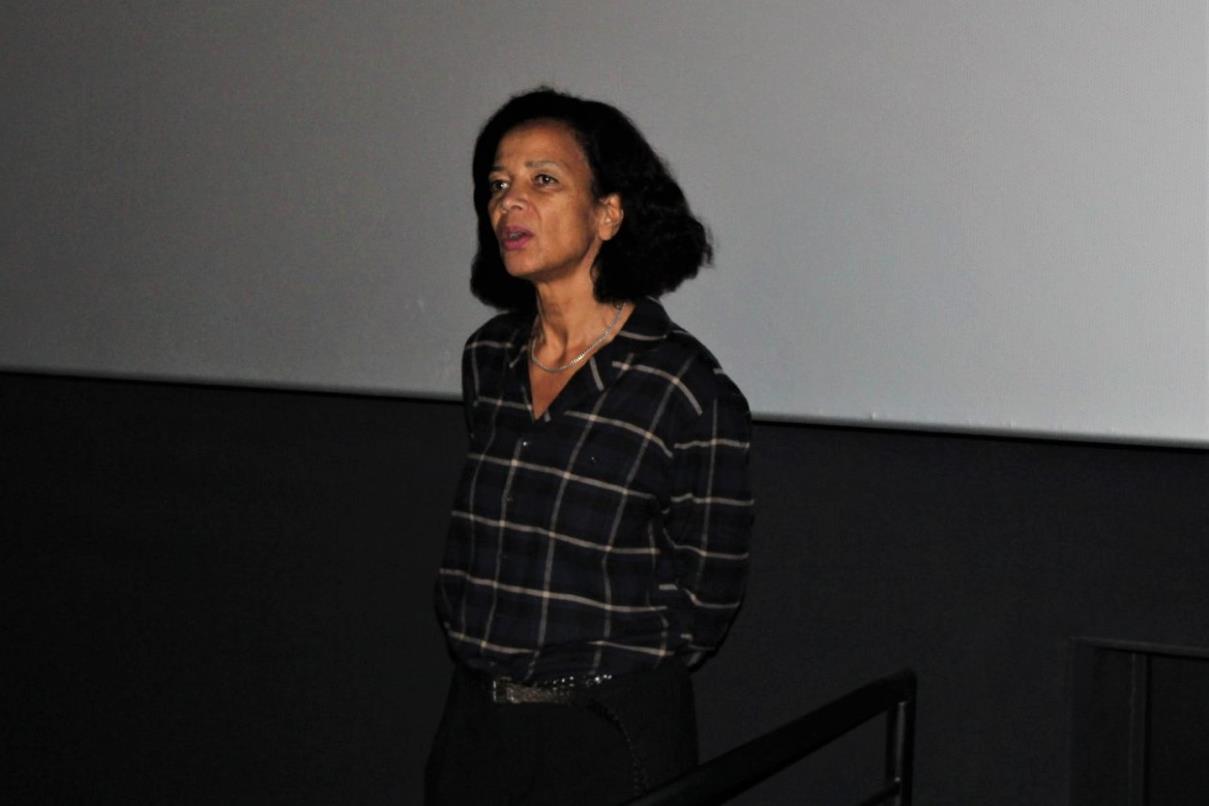 Racism and exclusion unfortunately are still a big problem in today’s society, nationally as well as globally. For this reason, the Markgraf-Georg-Friedrich-Gymnasium in Kulmbach decided to tackle this issue and do something about it. Three former pupils, Leonie Tulke, Tessa Meingast and Ben Schlesok, came across the network "School without Racism - School with Courage" and, together with the school's administration and the teachers of the MGF, did everything in their power to ensure that their own grammar school would also join the network by creating projects that coincide with the network’s values.

The current student council's representatives of the MGF, Silvana Schmidt, Frederik Barth and Sinan Sert, as well as the teachers Sonja Deichsel and Alexander Zscherpel are now building on the solid foundation that has been built by the initiators, and extensively continue to work on the topics of racism and exclusion. Various ideas are currently being collected, which are to be realised this school-term in order to make the important issue more visible to the public. 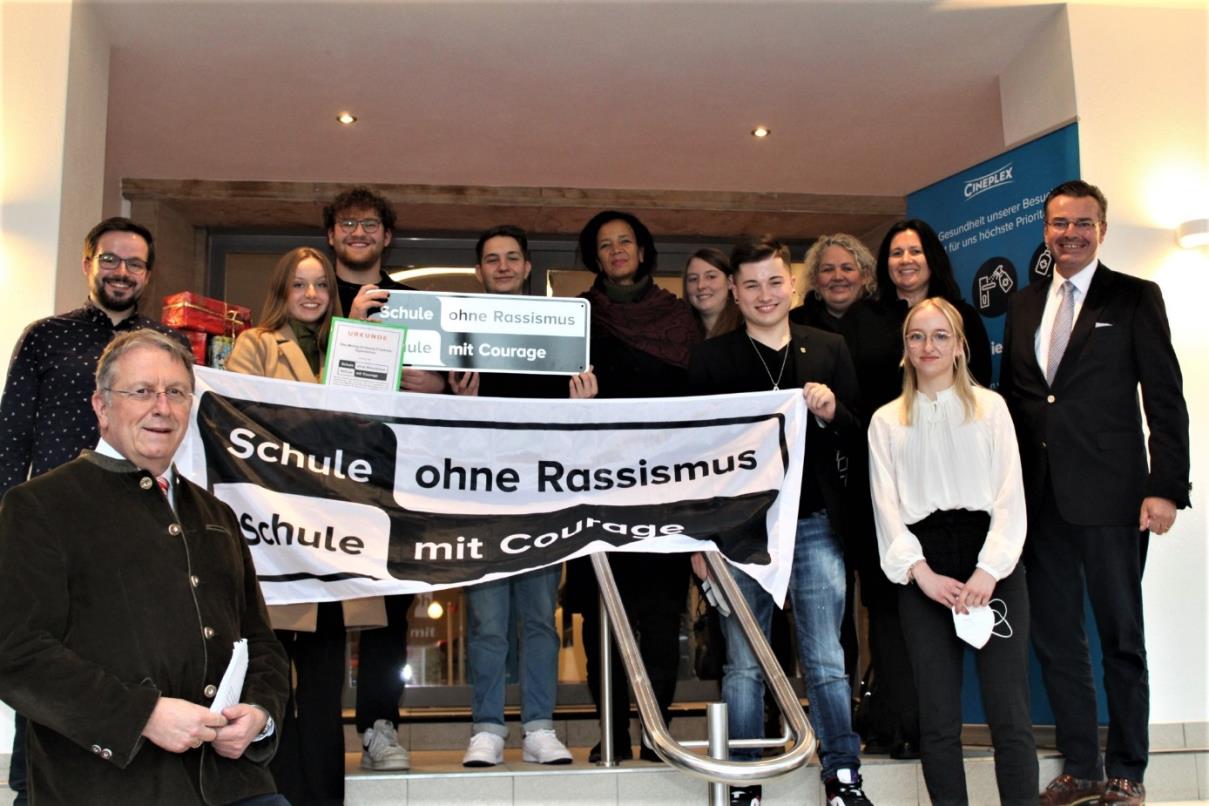 The school was awarded the label "School without Racism - school with Courage".

Fittingly, the presentation of these ideas took place on 1 December 2021 at Cineplex Kulmbach as part of an event against racism, which was organised by the school in fruitful cooperation with the University of Bayreuth, especially the Chair of Didactics of Geography and the Africa Multiple Cluster of Excellence, as well as the Kulmbach movie theater. Among others, the renowned filmmaker Ines Johnson-Spain took time out of her busy schedule to attend the event. She presented her outstanding film "Becoming Black" to the entire Q11 form of the MGF. In her engaging and emotional movie, she tells of her own experience of exclusion because of her skin color during her childhood and youth in the former German Democratic Republic as well as the search for her family roots. What ensued after the screening was a very lively discussion with the film director, in which all kinds of questions were clarified. The director also gave very personal insights into her work and experiences. Time and time again, Ines Johnson-Spain made it clear that she hoped the film would inspire everyone in attendance to think and, ultimately, to act. She pointed out that people should always question themselves whether they themselves might be engaging in exclusionary behaviour and use this thought process to develop an awareness of how to change. 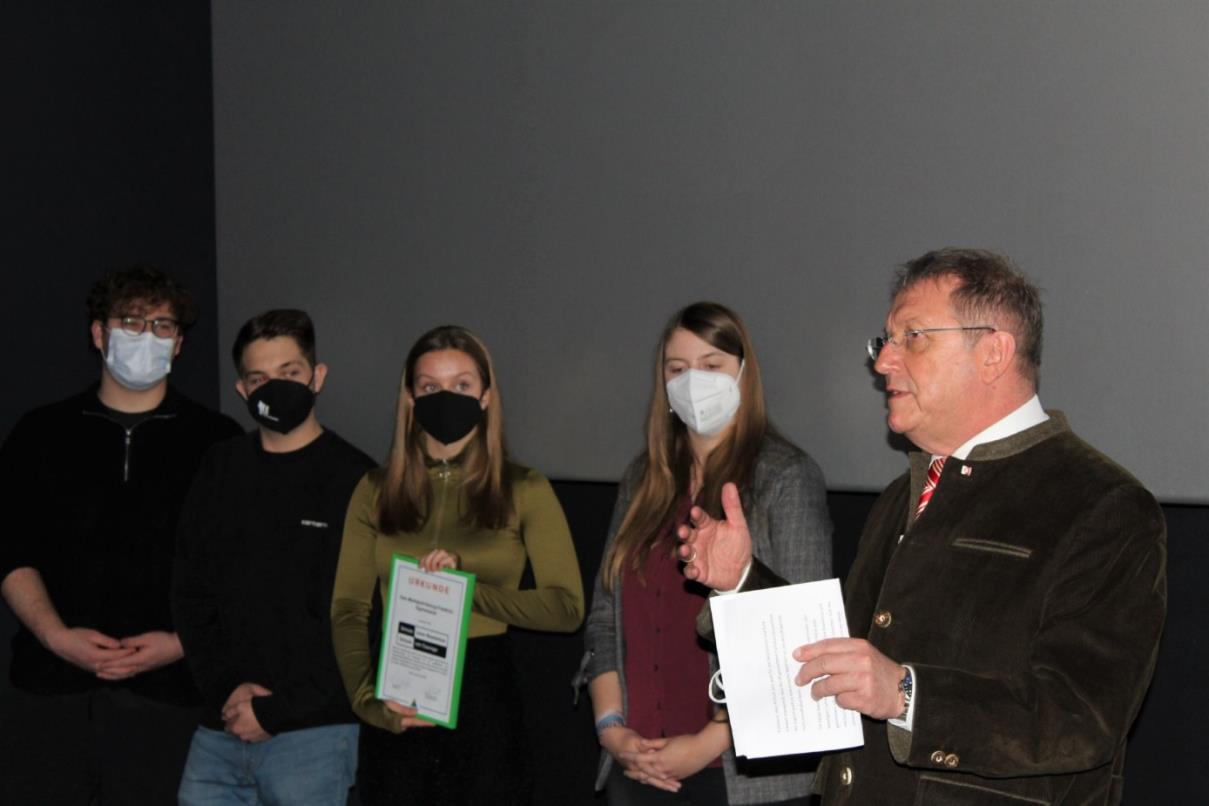 After this extremely enriching part of the event, the day was also very special for the MGF-Gymnasium Kulmbach in another respect. Finally, the initiators and all those responsible were able to receive the official award as "School without Racism - School with Courage". With this award, the Markgraf-Georg-Friedrich-Gymnasium joins a large number of schools throughout Germany whose aim is to counter exclusion and racism and, in the best case, to prevent them from arising in the first place by teaching values. The plaque itself was presented in the presence of the District President Henry Schramm and Katrin Müller from the Upper Franconian District Youth Ring, who is responsible for the "School without Racism" network in Upper Franconia.

Of course, it is clear to the entire school community that they not only cherish the plaque presented, but that this is also a call and an obligation to continue to work against racism, discrimination and exclusion of any kind. In their speeches, the headmaster Horst Pfadenhauer and the president of the district council Henry Schramm emphasised how important it is to work against racism and discrimination of all kinds in a plural society and for good relations in our country. Only in a community where no one is silent is it possible for us to go step by step in the right direction.